Vlad Mitrache
The advertising industry is well past its booming years, with things simmering down now into a soft boil that rarely produces anything as remarkable as the old ads.
1 photo
With such a background, landing the Volkswagen gig must have been a welcome challenge for any self-respecting agency, but it would appear that the race is over, and the honors went to the well-known DDB agency.

Of course, rebuilding the image of a brand that has admitted lying knowingly to its customers so it could get ahead in the sales battle with Toyota and reach the number one spot - even for a brief moment - is the kind of task that’s best resolved by time. But a mammoth company like Volkswagen doesn’t have that; instead, it has suppliers who need to be paid and potential lawsuit compensations that will leave the coffers empty.

This campaign is described as “emotional,” and if you ignore the brand it’s associated with and simply allow yourself to be drawn into the 50-second spot, it can get to you. After all, it shows a few glimpses of life, things we can all relate to with a soft music in the background. It’s the classic recipe, and it could very well be exactly what Volkswagen needs right now.

However, I personally felt that the best way Volkswagen could have overcome the Dieselgate scandal was to tackle it directly. Make a spot where you take responsibility for what you’ve done and promise to make things better. Sure, it wouldn’t have won any awards for creativity, but it would have greatly helped the brand. Sweeping the dirt under the rug and just pretending everything’s OK isn’t a very honorable attitude.

But this is what we get so this is what we’re going to talk about. The campaign will launch in Germany this month, together with other major European markets such as Spain, UK, Portugal, Austria and Switzerland, with the rest to follow in March. Here we have the extended video commercial, but the campaign will comprise print and online media materials as well.

The clip opens up with a curly-haired ginger kid and continues with a few of the most important moments of his life, all connected in some way to different Volkswagen cars. In total, there are seven models featured, ranging from the original Beetle to the recently launched Tiguan. Explaining the thought behind the campaign is Juergen Stackmann, VW brand sales chief, quoted by Automotive News: “An amazing number of people all over the world associate our vehicles with memories, because a Volkswagen is a part of their lives.” Yes, memories and, more recently, defeat devices.

The company also gave up on the somewhat arrogant “Das Auto” slogan, and went for a very Toyota-like “Then. Now. Always” (the Japanese brand used “Today. Tomorrow. Toyota”). 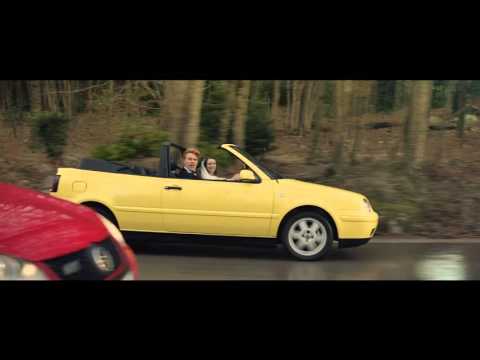