4 Volkswagen Beetle R in the Works
Up Next

Volkswagen Beetle R Coming to Frankfurt, Will Have Around 240 HP 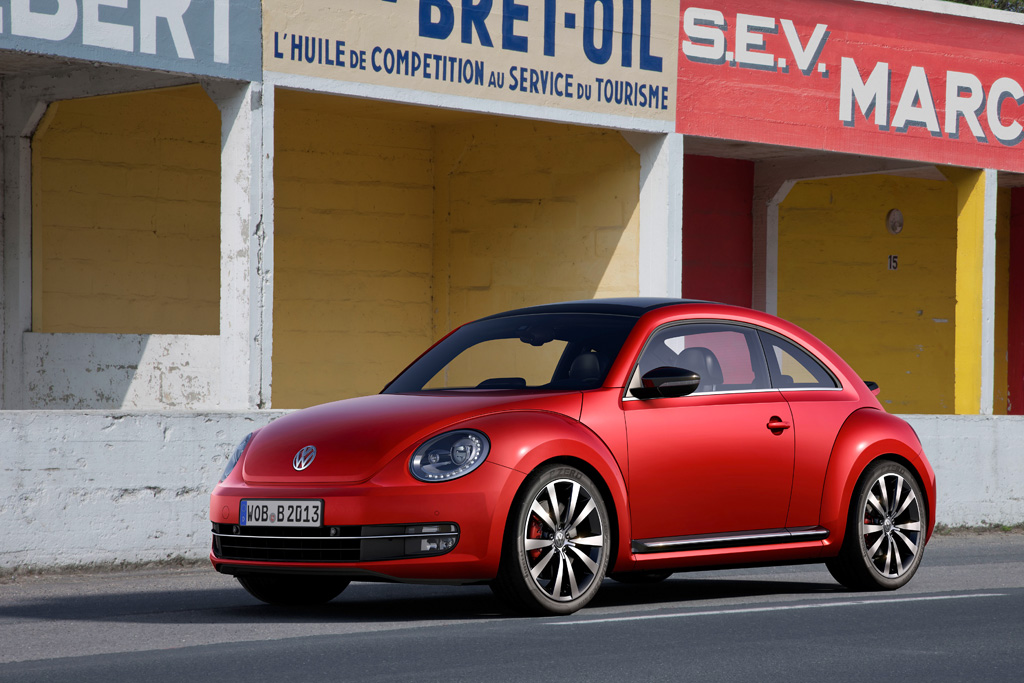 Some companies take ages to develop a new variant of an existing one, but not Volkswagen. Back in April, when 'The Beetle for the 21st Century" was unveiled on three continents, some company insiders suggested there’s a really hot version coming our way. It seems the Beetle R is coming much sooner than we originally expected, as the model will see its global debut at this year’s Frankfurt Motor Show, which is only a few months away.

Car and Driver says the Beetle R will be powered by the usual 2.0-liter turbocharged engine that’s found in the Golf GTI and Beetle Turbo, however it won’t deliver true ‘R’ performance in our opinion. While the Golf R and Scirocco R both put out 265 horsepower, the Beetle will only have about 240 hp. We don’t really know if this is the case only with the US model or the global one, but we have to admit we’re disappointed.

The Beetle R will also be a front-wheel drive car in order to lower the price. Basically, Das Auto doesn’t want the Beetle to go for Golf money, probably in order to keep the hatchback’s premium image. In the states the Golf R will cost more than $30,000, while the Beetle Turbo goes for $24,165, and our money is on the hot bug getting a sticker that’s right in the middle.

Inside sources suggest that VW is also working on a Beetle R cabrio, but will only give the project a green light if demand is deemed sufficient.

For a normal car, this would be way to many sub-models, but experience tells us that a lot more is coming, especially limited edition models and collaborations with different fashion houses.