Valentino Rossi Injures Himself at Home 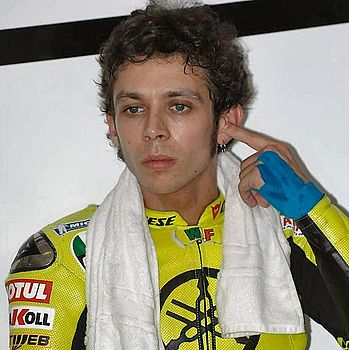 Valentino Rossi's participation at this week's testing session in Sepang is in doubt after the Italian suffered a hand & leg injury at his house in Italy.

According to the Italian media, the 5-time world champion was trying to close the curtains of his house's window when he slipped and fell on a glass table. He cut his right ring finger in the process, while also suffering a minor injury at his left foot's sole.

Rossi was immediately taken to the hospital and received some stiches. However, a complete verdict on his injury will only be established later today. According to Yamaha officials, both injuries are minor but it is yet to be decided whether they will force Rossi out of this week's testing or not.

He was expected to ride the newly-developed Yamaha YZR-M1 for the first time after its official launch on Monday. Teammate Jorge Lorenzo – shortly after making a medical recovery of himself – will also be present at the Sepang testing to ride the modified YZR-M1.

Rossi has completed some tests with the bike back in 2008 – the prototype version of it – at Valencia and Jerez. However, he insisted that this week's testing is very important, as both riders will use the competition version of the bikes and the test will be focusing on improving the acceleration when exiting corners.

In addition, Lorenzo will have to get used to the new tires – as he rode on Michelin compound last year.