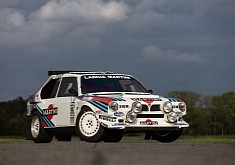 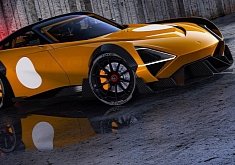 Casey Stoner as Coach for All Ducati Riders, Including Jorge Lorenzo

7 Jul 2016, 14:47 UTC / The Australian MotoGP Legend is set to become the coach of all Ducati riders, including Jorge Lorenzo and says that Rossi can still win the championship

Casey Stoner: I Think I Know What Lorenzo Is Looking for in a Motorcycle

5 Jul 2016, 08:28 UTC / Casey Stoner returns to the World Ducati Week as brand ambassador and says that he thinks he knows what Jorge Lorenzo is looking for in a motorcycle

Rossi vs Lorenzo Is also Cadalora vs Biaggi

29 Jun 2016, 11:13 UTC / Having a personal coach is becoming increasingly fashionable in MotoGP, and the duel between Rossi and Lorenzo will also see Luca Cadalora battling Max Biaggi

Andrea Dovizioso: I Am Glad Not to Be The First Fiddle Any Longer

15 Jun 2016, 20:12 UTC / Ducati's current top rider Andrea Dovizioso is not sad to play second fiddle to Jorge Lorenzo from 2017 but looks rather relieved instead

MotoGP Race Director Explains Why Andrea Iannone Had to Be Punished

Jorge Lorenzo's Crew Will Not Follow Him at Ducati

9 Jun 2016, 13:24 UTC / Jorge Lorenzo is off to a new start at Ducati in 2017 as Juan Llansa Hernandez is the only Yamaha crewman who will follow him to the red garage

Iannone Penalized for Incident with Lorenzo, Starts Last on the Grid in Assen

6 Jun 2016, 12:05 UTC / Andrea Iannone will start the race at Assen from the last position on the grid after receiving two extra penalty points for the crash at Barcelona

2 Jun 2016, 15:43 UTC / Yamaha finished investigating the causes that led to a double engine failure at Mugello; thankfully, they relate to a software malfunction only

2 Jun 2016, 12:35 UTC / Forget about video games, the Yamaha YZR-M1 MotoGP simulator Jorge Lorenzo has so much fun with is the ultimate racing toy

24 May 2016, 08:09 UTC / The Mugello crowd booed both Marc Marquez and Jorge Lorenzo when they stepped on the podium, and the two riders had mixed reactions

23 May 2016, 08:50 UTC / Mugello saw an epic battle between Lorenzo and Marquez, with Yamaha winning by a 0.019-second margin, while Rossi abandoned with a blown engine

19 May 2016, 13:45 UTC / Dorna increased the security around Marc Marquez and Jorge Lorenzo at Mugello, providing them with bodyguards and limiting their movement around the track

17 May 2016, 14:10 UTC / Ducati Corse announces the MotoGP team for the next two seasons, confirms retaining Andrea Dovizioso as a teammate for the new star, Jorge Lorenzo

12 May 2016, 16:08 UTC / Jorge Lorenzo will introduce to the world his collection of memorabilia in his own museum in Andorra, with pieces that belonged to the biggest names in racing

10 May 2016, 11:15 UTC / After signing with Shark, it was only natural that a Jorge Lorenzo replica helmet would be made, and here's the making-of video for the ads

9 May 2016, 08:42 UTC / The French GP was ridden with crashes, but revealed once more why Rossi is the greatest rider of all; Suzuki returns to the podium with Vinales 3rd place

22 Apr 2016, 14:44 UTC / Jorge Lorenzo finishes day 1 of practice in the leading position at Jerez, where almost all the teams are testing aerodynamic winglets

22 Apr 2016, 11:14 UTC / The first MotoGP Free Practice on European soil saw Rossi dominating most of the session, but Lorenzo stole the lead from Barbera and Ducati