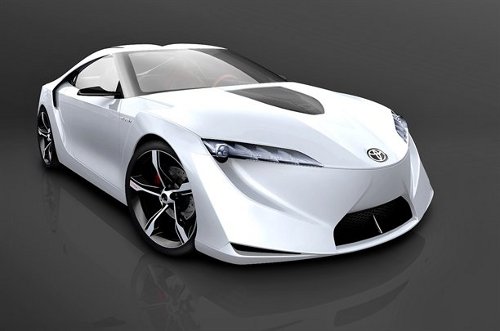 Rumors of Toyota reviving the Supra and refreshing the MR2 models, both in a hybrid form, have again surfaced. The media fed us with the same info in early 2009, but at that time the release date was fairly nonexistent. However, Autocar today reported the Japanese automaker scheduled the launch of both models for late 2013.

According to the aforementioned source, this decision was made by Toyota mostly due to the pressure put on its shoulders by its competitors, namely Mazda, Nissan and Mitsubishi, who are also planning to introduce hybrid and electric sports cars in the near future.

Though initial plans included the use of a V6 hybrid powertrain, the MR2 replacement will have a hybrid powertrain based on a 1.5-litre petrol engine, which is the direct consequence of the success of Honda’s CR-Z in Japan.

On the other hand, the future Supra will be powered by a V6 hybrid powertrain, just like the FT-HS (Future Toyota Hybrid Sport) model showed by Toyota at the 2007 Detroit auto event. And since the FT-86 (also known as Toyobaru) project has also been delayed for 2013, it will share development progress with the new hybrid Supra.

With all these Japanese manufacturers aiming for a slice of the greener sporty vehicles market, the competition is poised to become harsh. Nissan is preparing a two-door sports EV that is said to be a mix between the Leaf and the Langlider concept, while Mitsubishi plans a switch to a hybrid powertrain for the Evo and a two-door sports i-MiEV.

The economic crisis, together with the ever growing number of hybrids available, will be decisive in the success of Toyota’s future hybrids.