3 James May Hurt in Syria 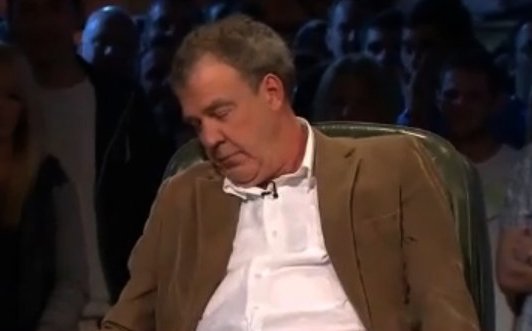 You all know Top Gear, and you all know the three guys working for BBC (or is it the other way around?) have a special way of doing things. Besides testing cars, there's a lot of talk on the show, with thousands of more or less offensive words hitting the airwaves week after week.

Now, most of us don't mind that and some even take a perverse pleasure in tasting the jokes made on the show. But that doesn't mean all humans on the planet have to agree with Jeremy Clarkson, Richard Hammond and James May.

Last week, the three guys mentioned above were doing their thing on BBC, talking about cars, women, outer space and, well, Mexicans.

"Mexican cars are just going to be a lazy, feckless, flatulent, oaf with a moustache leaning against a fence asleep looking at a cactus with a blanket with a hole in the middle on as a coat," said Hammond during the show, trying to show the world how cars tend to mimic the national personality traits of the places they come from.

As soon as he finished saying that, Clarkson stepped in and, as if trying to foresee what's to come, added that the Mexican ambassador would probably not react to Hammond's words, given the fact that, during the day, Mexicans are generally asleep. The ambassador, however, was not.

“It is utterly incomprehensible and unacceptable that the premiere broadcaster should allow three of its presenters to display their bigotry and ignorance by mocking the people and culture of our country with such vehemence," the ambassador said in a letter to BBC cited by The Telegraph.