The most dangerous part of NASA’s upcoming mission to Mars will be landing the rover on the Red Planet. The millions of dollars spent, the countless hour of work and the hopes of an entire planet would all have been in vain if the machine lands in such a way as to be rendered useless. That is why the agency will do something never attempted before with an uncrewed spacecraft.
1 photo
Back in May, NASA used a helicopter to test the rover’s Lander Vision System (LVS). This technology is supposed to be the eyes with which the ship will determine whether the chosen landing site is safe.
If not, it can choose to land elsewhere.

The LVS is part of the Terrain-Relative Navigation (TRN) system, an autopilot of sorts that will steer the spacecraft toward a safe landing zone within the Jezero Crater.

The LSV will kick into operation at 3,000 feet (3,960 m) above the surface and scan the ground below, looking for patterns in contrasting light and dark that could signal cliffs, craters, boulder fields and mountains.

In the span of just 25 seconds, it compares these images with the stored map and after a number of lightning-fast calculations, the TRN begins its own comparison.

If anything suspicious is found, the rover can be steered on a new trajectory that would take it to a distance of up to 2,000 feet (600 m) from the initial landing site.

The ship's approach on this maneuver is similar to the one used by Neil Armstrong to make last-minute corrections to the Eagle module and put it down on the Moon in an entirely different place than where NASA was planning to land it. The main difference is the 2020 rover will have to do this by itself.

"There had been Moon landings with robotic spacecraft before Apollo 11," said Al Chen, entry, descent and landing lead for NASA's Mars 2020 mission.

"But never before had a spacecraft on a descent toward its surface changed its trajectory to maneuver out of harm's way. What we needed was a Neil Armstrong for Mars. What we came up with was Terrain-Relative Navigation."

More details on how the landing is supposed to go can be found in the document and video attached below. 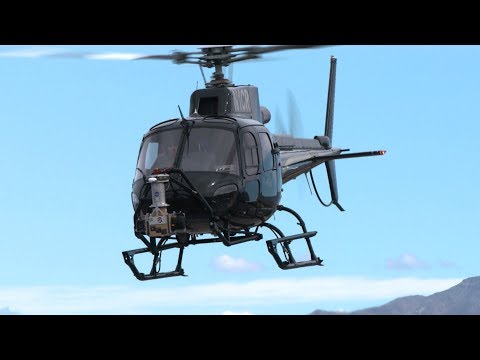