1 This Rolls-Royce Is Aiming for Air-EV Speed Record, Not Going Anywhere For Now

4 Delta Airlines Passenger Gets Gun Past TSA, Flies it From Atlanta to Japan

Bogdan Popa
Whenever we talk about large planes, the Antonov An-225 is one of the first names that come to mind, as it’s pretty much a monster that can carry almost everything.
1 photo
After all, its six engines have proven to be powerful enough to carry no less than 559,580 pounds (253,821 kilograms) of load, all with a maximum takeoff weight that reaches 710 tons. So yes, it’s an impressive monster that can carry pretty much everything, including supplies to fight the invisible enemy the planet is still trying to deal with following the global health crisis that emerged in 2020.

So, in theory, the world already has the necessary means to carry gigantic stuff from one place to another, but designer Encho Enchev has created a cargo plane concept that has a completely different purpose.

The goal of this project is to envision a cargo aircraft that can serve as the flying home of an entire army, as it has enough room inside for airplanes, helicopters, tanks, and plenty of other vehicles. 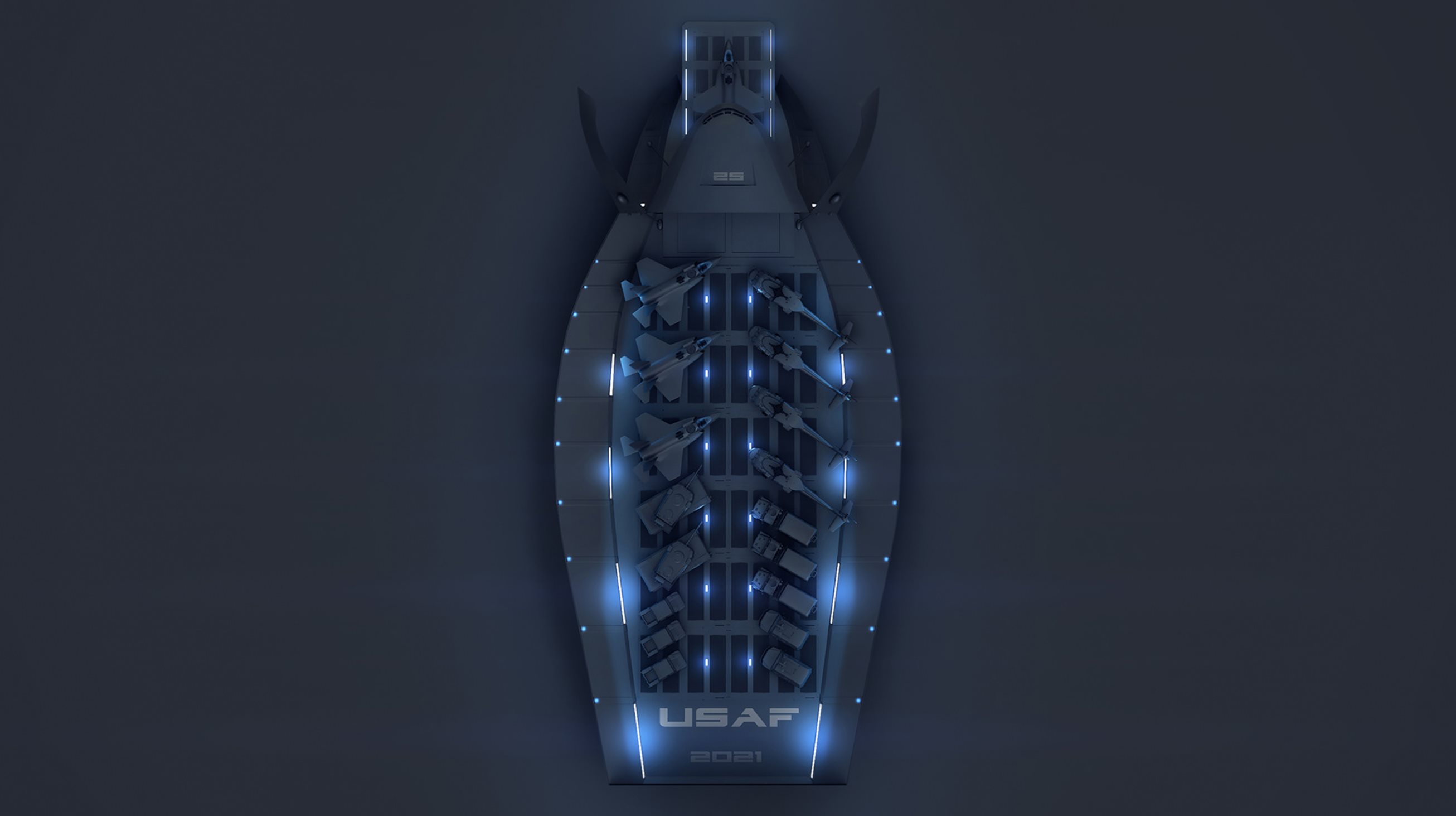 Inspired by aircrafts already available out there, the concept imagines a cargo plane where you can easily fit a total of four different helicopters, two tanks, three jet fighters, and nearly ten other vehicles that could be used in a battle.

Of course, a landing strip would also be available so, theoretically, planes would take off and land on another plane, all without the need for reaching the ground.

In theory, this sounds like science fiction, and at some level, it really is, not only because it’d be a challenge to carry such a huge load but also to allow other plans to operate independently all while flying.

At the end of the day, this concept gives the aircraft carrier concept a completely new purpose, but don’t be surprised if the world’s superpowers are already working to build such an aircraft.