If classic cars are your thing, here are two models that really can’t go unnoticed, not necessarily because they’re both barn finds, but thanks to the fact they’re in a condition allowing for a thorough restoration.
112 photos

First of all, listed for sale by Classic Auto Mall, this 1956 Ford we highlighted earlier this week comes with an obvious amount of rust, which makes sense for a car this old, especially because it likely spent some time abandoned in the barn where it was found. Unfortunately, we’re not being provided with any specifics regarding this location, though at first glance, it looks like it wasn’t necessarily the worst place to park a car.

It certainly wasn’t the best either, as rust has invaded the door panels, the rocker panels, as well as the fenders and the chrome parts. The original colors, Raven Black and Fiesta Red, can barely be seen right now, but judging from the pics in the gallery, there’s nothing a thorough restoration can’t deal with.

The interior brings more bad news, as the 1956 Ford Victoria looks like it’s been the victim of a flood, with obvious water damage to seats, floors, headliner, and trunk. So while fixing the exterior doesn’t look that much of a challenge, the same thing can't be said about the interior, where you’ll definitely have a lot of work to do.

And now it’s time for some good news. Despite the overall poor condition, the engine under the hood is the original and unrestored 292ci (4.8-liter) V8 installed by Ford, though at this point, it’s still not known if it runs or not. The odometer, however, indicates just 2,549 miles (4,102 km), so the $3,500 price tag might come as a little surprise for some. 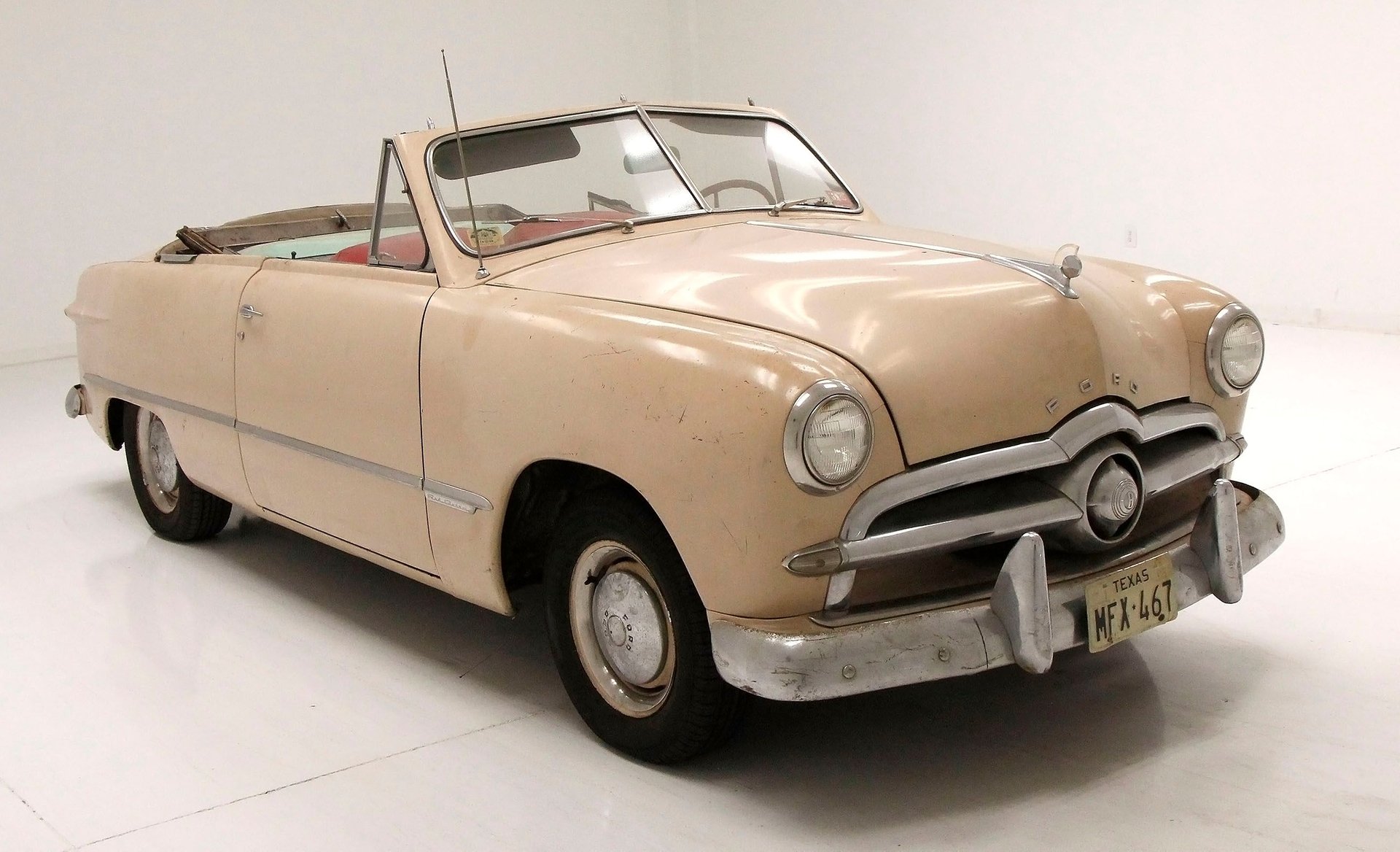 And then there’s this 1949 Ford Custom Convertible; it's also a barn find and also in a condition allowing for an easy restoration.

This time, things are a lot better on the car, though you still need to deal with a bunch of scratches and a bit of rust. On the other hand, the body looks good, and the 1949 patina actually gives it a unique feeling so many people are going to love.

The same goes for the interior, where some improvements are needed, but the good news is the dash, the steering wheel, and the seats are fully original. However, make sure you pay attention to the rust on the floor, as this should be considered a top priority by whoever buys the car.

The engine this time is a 239ci (3.9-liter) V8 unit paired with a 3-speed manual transmission that was running two years ago but whose condition is currently unknown. Needless to say, given its better condition, the 1949 Ford is a little bit more expensive than its ’56 sibling, and it can be yours today for $21,900.