3 Jade Goody in Danger of Losing her Beloved Bentley

4 Paris Hilton Shows Off in Her Pink Bentley
Car video reviews:
Up Next

The Queen's Bentleys Will Run on Biofuel 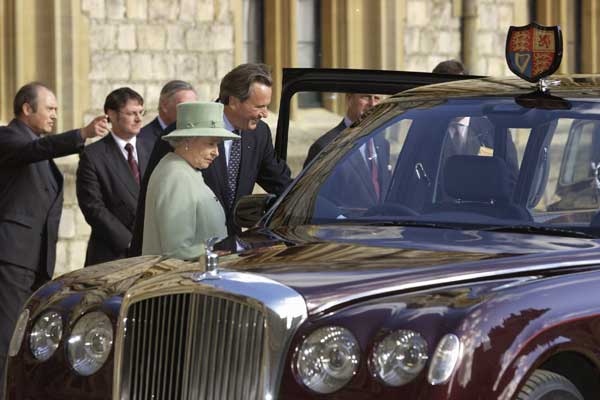 As long as global warming still represents a heating debate, cars converted to run on biofuels will be highly welcomed. Great Britain's Royal Family seems to encourage this trend as the Queen's two state Bentleys are going to become more eco-friendly.

According to the London Daily Mail, the £20 million cars will be converted to run on biofuels. This seems to be the initiative of the British luxury car-maker which is expected to create a new biofuel high performance car in the coming year.

Bentley is going to replace the engines of the unique cars that cost about £10 million to be built as an advertising strategy to promote the new range of environmentally friendly cars to be introduced by 2012.

Bentley's biofuel report says: “Bentley will introduce a new powertrain offering a 40 per cent fuel economy improvement by 2012. Also, by 2012, 100 per cent of the range will be compatible with renewable fuels, delivering significant savings in CO2 emissions.”

Since public opinion is influenced by highly-placed opinion formers, the luxury car-maker has “the ear of some very influential people at a level lobbyists can't reach - not just in this country but abroad,” Stuart McCullough, Bentley board member for sales and marketing,  told the newspaper.

Queen Elizabeth II received one of her two state limousines as a gift from the British manufacturer for her Golden Jubilee in 2002. Being extremely delighted with her car, she ordered another one. Both Bentleys are powered by a 400 bhp twin-turbo 6.75litre V8 engine and manage between 20mph and 25mpg.

As a matter of fact, the Queen is not the first one in the Royal Family to go green. Prince Charles has already taken the step to converting one of his Aston Martins to run on bio-ethanol made from surplus English wine. His other cars (Jaguars, an Audi and a Range Rover) have already been converted to use old cooking fat.

Stuart McCullough, Bentley board member for sales and marketing, said the company's own customer base included highly placed opinion-formers:

"We have a lot of support from the Royal Family for our biofuel strategy," a Bentley executive. "It is something about which they all take a keen interest," he added.