5 Android Auto 6.0 Is Just Around the Corner as the Biggest Update in a Long Time
Car video reviews:
Editorial

Despite other companies investing heavily in this market, Spotify was, is, and will probably continue to be for some time the world’s number one music service, both on the phone and in the car.
1 photo
And decisions like Google’s demise of Google Play Music and the forced transition to YouTube Music indirectly helped Spotify grow its userbase, as more people made the switch to its music service in the last few months.

Spotify therefore must improve the service to better address the needs of those using it, and one of the most requested features lately was a music queue on CarPlay. In other words, users wanted to see not only what song they’re playing but also the one coming up next, pretty much like it’s already possible on smartphones.

The latest beta build of Spotify, which was shipped through TestFlight a few hours ago does introduce such capabilities, adding a Go to queue button in the player UI. Tapping this button gets users to a fully-featured Queue where they can see two sections called Now Playing and Next Up. They can then scroll down to see the entire queue, tap a certain song to skip directly to it, or tap the top right corner to return to the player interface. 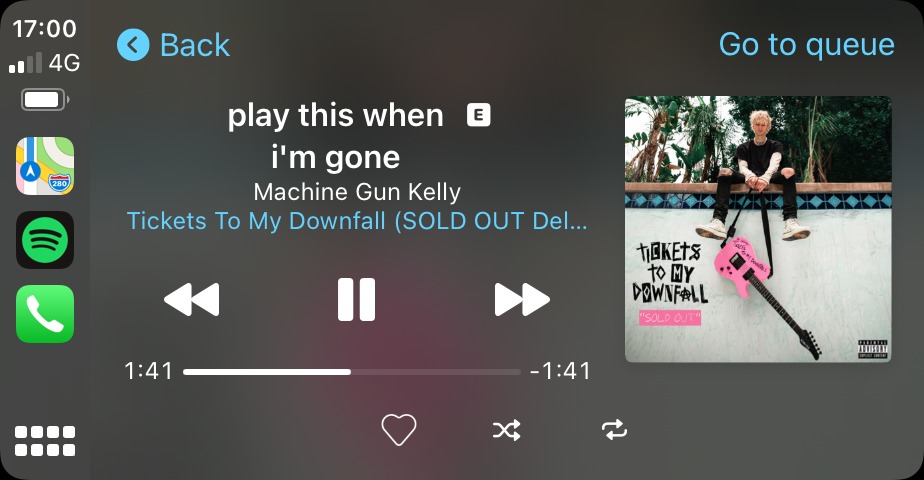 For the time being, it doesn’t look like users are allowed to edit the queue, and at some level, this makes sense given such a thing would only increase the distraction behind the wheel.

On the other hand, doing this with voice commands via Siri is something that makes sense in Spotify, so hopefully, the company is working on making this happen in a future update.

At this point, there’s no ETA as to when the new feature could go live for everybody, but Spotify first needs to collect enough feedback from the TestFlight build before announcing the general availability. 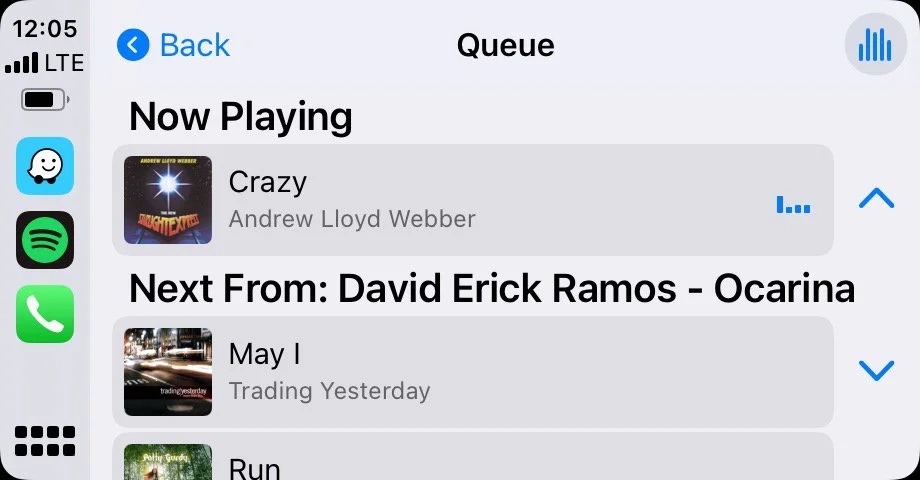