The Nissan 370 Z Spotted in Europe 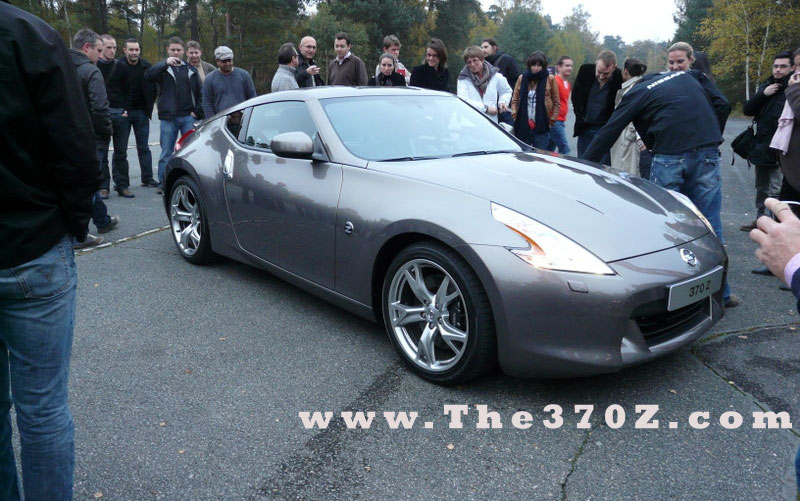 After all those presentation shots, all the promoting and all the rumors, the Nissan 370 Z has finally arrived on the old continent. We’ve covered this car’s path from the drawing board to reality (and it hasn’t been a straight line) but now at least we can see it away from the spotlights and in real daylight.

The people over at Motive Mag have gotten their hands on the first unofficial pictures so to speak as they caught by an enthusiastic crowd over at a Nisan dealership somewhere in Europe. If we were to venture a guess, we’d say they’re from the UK, but that’s not relevant.

What is important here is the question of whether or not you like the car and whether you deem it a worthy descendant of the original Z series (the 350 Z managed to carry that torch admirably).

The car’s exterior looks similar to what we’ve seen in the press shots, but with people standing next to it, it does seem a little smaller than you’d expect, or at least shorter and wider. But that’s OK, since this is a sports car.

From the crowd gathered to snap the car, you can see the new Nissan is going to be under a lot of pressure to live up to its name. The official unveiling of the 370 will take place at the LA Auto Show which is like in a couple of weeks. At least then you’re going to be able to see some busty babes in a skimpy outfit with a smile to die for instead of a guy in jeans and windbreaker.