3 No Need to Switch to Waze: How to Fix Google Maps Freezes on Android Auto

While some people still call Google Maps a navigation app, this service has evolved to become a major platform with capabilities of all sorts.
8 photos

In other words, besides making it safer and more convenient to go from point A to point B, no matter the means of transportation, Google Maps also provides users with a series of extras that push the navigation component to a completely new level.

For example, one of the top features bundled with Google Maps is the street-level imagery provided by Street View. Thanks to this feature, users can explore almost any region across the world just like they’d be there, all using nothing but their phone or PC.

And now Google is pushing the whole thing to a completely new level.

At I/O, the search company announced a so-called immersive view specifically supposed to let us explore certain cities in a way never seen before. At first glance, the immersive view is an evolved version of Street View, though it combines lots of content, including 3D models, street-level imagery, busyness data, traffic information, and so on.

Exploring the world using immersive mode looks to be a fantastic experience, and Google says it’s working around the clock on bringing this feature to as many users as possible.

At first, the immersive view will only be available in Los Angeles, London, New York, San Francisco, and Tokyo, and given the amount of data that is involved, there’s no doubt it’ll take a while until the expansion to more regions takes place.

The first users are supposed to get access to immersive view later this year, and Google says the feature will be available on all platforms where Google Maps is already there. In other words, you should be able to explore these cities not only on your PC but also on a mobile device as long as the mobile version of Google Maps is installed. 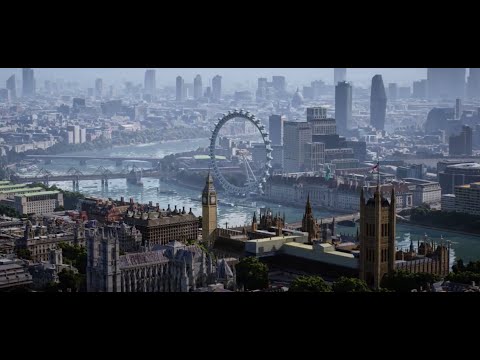