Mircea Panait
Yes, you’re definitely not mistaken. The headline reads 12 years old because the 4Runner for the fifth generation was first shown at the State Fair of Texas in 2009. Even though it’s one of the oldest SUVs on the market, Toyota doesn’t feel the pressure to roll out a ground-up redesign.
11 photos

Why, you may be wondering? The Fast Lane managing editor Andre Smirnov kicks off the following review by highlighting how many units were sold in the United States last year. It’s obvious that people still love the truck-based SUV, but the 4Runner does feel a little long in the tooth.

Take, for instance, the torque-converter automatic transmission. The TRD Pro is the range-topping version at $50,470 excluding freight and whatnots, but Toyota couldn't make a case for more than five speeds in the era of 10-speed automatics in mid- and full-size pickups such as the Ford F-150.

Having mentioned the price a little earlier, don’t you find it a little funny that Jeep will sell you a well-equipped Wrangler Rubicon for the same money? The same can be said about the all-new Bronco in Badlands flavor with the off-road Sasquatch Package, which is listed at $50,820 for the four-door body style, including the acquisition fee and destination charge.

One of the reasons the 4Runner TRD Pro is this expensive boils down to the suspension system, which is complemented by Fox shock absorbers. “It’s really perfect not just for off-road but daily driving,” said Andre.

But at the end of the day, your opinion matters. If it were your money, would you like for Toyota to overhaul the 4Runner from the ground up or would you be happy with the dated transmission and late-2000s cabin? 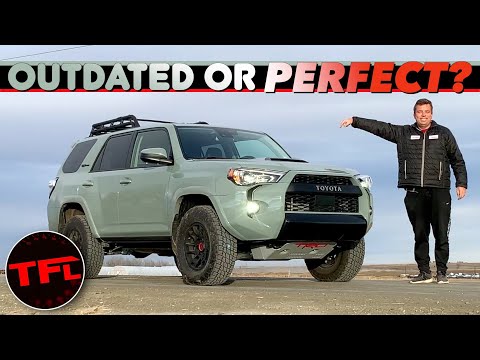