1 Superchips Remaps the BMW 135i 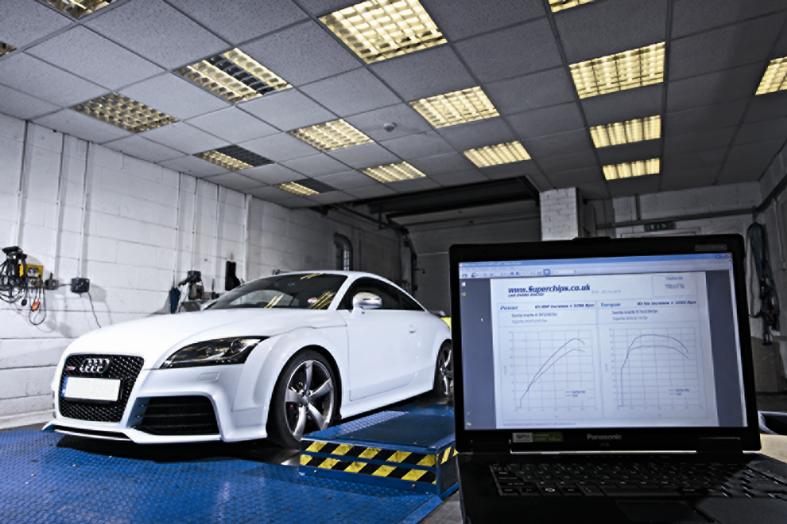 The Audi TT-RS has been targeted by the UK Superchips tuner, with the sportscar receiving a power & torque upgrade that places it in a different performance league.The vehicle’s 2.5 liter turbocharged direct injection TFSI engine has received an ignition timing tweak, as well as modified fueling and turbo boost parameters.

As Superchips likes to offer driveability and user-friendliness for the vehicles it tunes, the company has raised the 2.5 liter unit’s torque from a measured 466Nm to 551 Nm. More important, the ECU remap allows the engine to offer over 500 Nm of torque between 2,500 and 5,700 rpm.

The tuner has not release the performance data for its version of the TT-RS, only announcing that the 155 mph electronic speed limited has been kept. We have to remind you that the factory stock TT-RS deals with the 0 to 62 mph (100 km/h) sprint in 4.6 seconds.

Superchips claims that the power and torque premium hasn’t made the engine thirstier, allowing it to return the same average cycle fuel consumption of 9.2 liters/100 km ( 30 UK mpg or 25.5 US mpg).

In addition to that, the conversion can be a DIY operation, as it is offered through the company's bluefin ‘plug and go’ handset, which also allows the original Audi ECU map to be stored and reinstalled subsequently, also as a DIY operation.