2 Subaru Proves Its Might With Class Win at Nurburgring 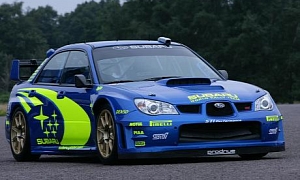 We are witnessing another heartbreaking “divorce” after the one in which Skyline was separated from GT-R when the car debuted in late 2007. It looks like hystory might repeat itself, only this time Subaru is doing the move. This means the Impreza and famed WRX are going their separate ways.

The new production Impreza debuted at this year’s New York Auto Show, while the next WRX will take a completely different path of development and will not make the entrance until 2014, a fact also mentioned by Subaru.

“Apart from a few nuts and bolts, every part on the WRX will be unique. Even the engine and body. Obviously the WRX’s platform will be inherited from the new Impreza, but it will be radically modified and significantly shortened,” as related by motortrend.com.

On the other side things begin to take shape as well meaning that the Impreza will be the company’s core model, boasting a fuel-efficient, naturally aspired 2.0-litre boxer engine. The car’s wheelbase has been slightly lenhtened, while the A-pillar was brought forward to maximize interiour space and comfort levels.

"Up until now, the Impreza and WRX used many common parts, which translated into entry-level Imprezas that were over-engineered," as related by the aforementioned.

The new WRX is aimed by Subaru bosses to domestic rallies and gymkhanas but they are also targeting Europe’s World Touring Car Championships as well as the awaited return to WRC.