5 SpaceShipTwo, Zefram Cochrane Would Be Proud
Up Next 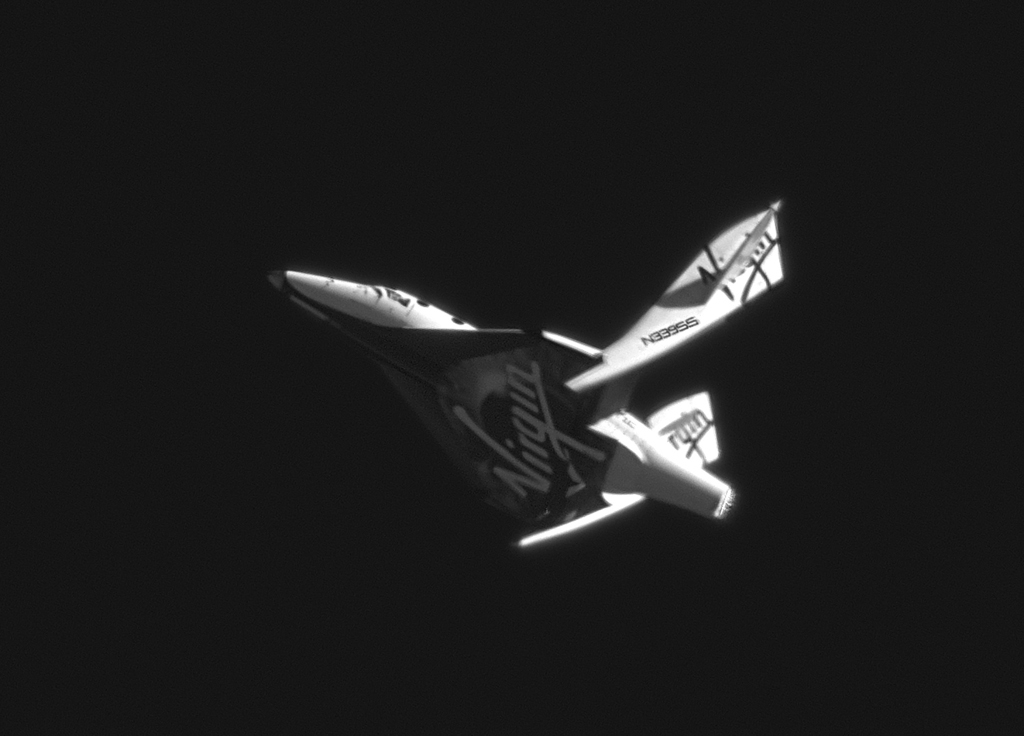 Another obstacle in the race for Virgin Galactic to become the first company in the world to offer regular trips to space has been overcome in the beginning of the month, when Virgin's test pilots have demonstrated the reentry technique SpaceShipTwo will be using every time it comes back to Earth.

Called "feathered" flight, this technique calls for the rotation of the tail section of the vehicle upwards to a 65 degree angle to the fuselage. During the test which took place on May 4 above the Mojave Air and Spaceport, the ship maintained this configuration with the vehicle’s body at a level pitch for 1 minute and 15 seconds.

During this entire time, the ship was descending, almost vertically, at around 15,500 feet per minute, slowed down by the drag created by the raised tail section. SpaceShipTwo was reconfigured to glide mode at 33,500 feet and landed on the runway 11 minutes after it was released from its carrier, the VMS Eve.

SpaceShipTwo, will launch horizontally at 50,000 feet (15 km) from the underbelly of the carrier airplane, can carry six passengers and two crew. It measures 60 feet in length (18 meters) and features a bullet-shaped cylinder as a cabin.
The body is made from carbon composite, with the entire craft being powered by a hybrid rocket motor which uses solid fuel (rubber compound) and liquid oxidizer (Nitrous Oxide).

“This is yet another important milestone successfully passed for Virgin Galactic, and brings us ever closer to the start of commercial operations. Credit is due to the whole Scaled team, whose meticulous planning and great skill are changing the course of history,” said George Whitesides, Virgin Galactic CEO.