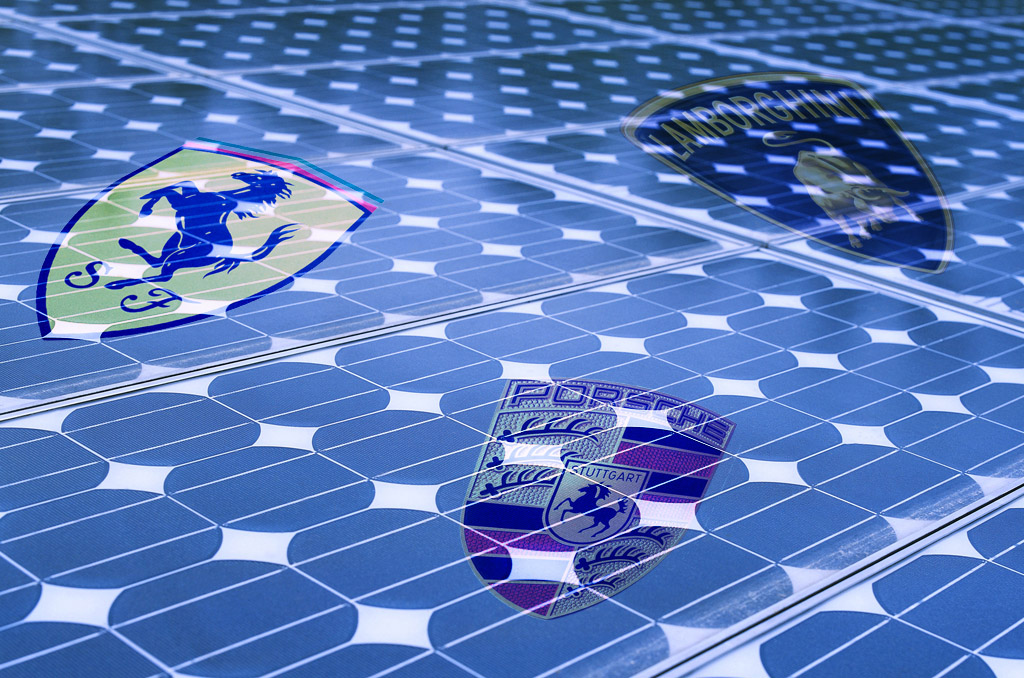 Porsche, Ferrari and Lamborghini (enumerated in the rising order of their average vehicle’s number of cylinders) are the three supercar makers that first come to mind when one thinks about fast, exotic vehicles. The next things that people think about when they mention these names are speed, three distinct symphonies and silhouettes that disappear from your eyesight as if they were pulled by a divine hand. And the list could go on... forever.

The last word that anyone would associate to the three marques would have to be “eco”, or maybe “environmentally friendly”. However, a set of global stuff (global warming, global financial crisis, limited global oil reserve) has changed the rules of the game: the world’s governments are imposing certain average emission standards that force automotive producers to cut the average CO2 emissions level of their vehicle range, and these rules unfortunately and illogically also apply to carmakers like the ones we are talking about, even though their cars are produced in limited numbers and register a microscopic annual mileage as compared to that of mainstream vehicles.

So, the exotic manufacturers have to abide the new laws and develop “green” initiatives - a challenge that has shown us the true face of each of the three companies. As I’ve written before, Ferrari has thrown the first stone by developing a hybrid version of the 599. Porsche followed soon by forcing the 911 GT3 R racecar to wear a hybrid implant. Lamborghini has also stepped into this territory and has announced that one of the future roads it will set wheel on will be the hybridization one. Let’s hope that the bull will keep its horns on and will not develop a hybrid version of a current model, shattering its image, but will create a new model, which could appeal to a certain public, just as the recently-presented Porsche 918 Spyder Concept might. 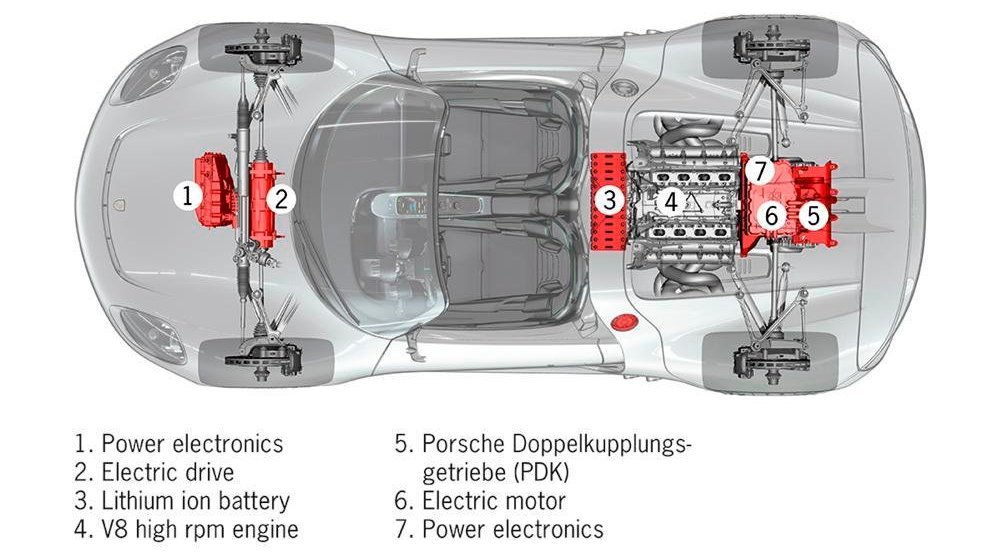 Now that you know how business is run on the central stage, it is time to follow the roots of these ultra performance vehicles and reach the maternities that bring them to our world. This is an area where energy efficiency is always welcomed as there is nothing to sacrifice and all three exquisite car manufacturers have already implemented planet-hugging technologies - they use solar electricity to provide power for their production sites, a novelty for this sector of the automotive industry. We shall open the door of the time machine for this trip and ask you to come aboard. Please fasten your seatbelt as we have already reached January 20, 2009.

This is a special day for Ferrari, as the company is introducing the new 198 kW (Kilowatt) photovoltaic system installed on the roof of its Maranello Engine Mechanical Machining site. It allows the company to sip 214,000 less kWh (Kilowatt hours) from the national grid each year. The project is part of a bigger plan that - a bit of fast forward to the middle of the year - sees the installation of a tri-generation plant (this simultaneously produces power, heat and cooling using a single source) that is the first of its kind to be implemented by a supercar producer. Through the new development, the prancing horse currently reduces its CO2 emissions by 15 percent, a figure that will grow up to 40 percent by the end of 2010.

Let’s take the time machine for a short trip back to March 19 2009, when Porsche’s U.S. arm presents a 80 kW urban solar power system, implemented at the Porsche Logistics center in Ontario. The system relies on 372 solar modules to produce 135,000 kWh of “green” energy per year, saving some 22 tons of CO2 annually. The German manufacturer also used the occasion to casually mention that the average CO2 emissions of all its models will be reduced by up to 20 percent by 2012. As we’ll see, when we return to 2010, this was just a solar energy appetizer.

Returning to the middle of 2009 (June 7, to be more precise) we see Lamborghini taking the foot off the gas to announce the introduction of a CO2 reduction program. This will be implemented through a 35 million investment and includes the construction of a photovoltaic plant that, combined with an additional energy-saving initiative, will allow the manufacturer to cut 30 percent of its Sant’Agata Bolognese plant.

The roof of the production site will receive over 17,000 square meters of solar panels that will generate 1,58 million kWh of clean energy per year, reducing the site’s annual CO2 emissions by 20 percent (1,067 tones of CO2 will be saved each year) by 2010. The system, having a power rating of 1,400 kW, will be implemented together with an efficient energy use project, including insulating the production facility’s roof, enhancing lighting and introducing a destratification system for the heated air. The latter will allow Lamborghini to shed an additional 10 percent of its energy use by 2010 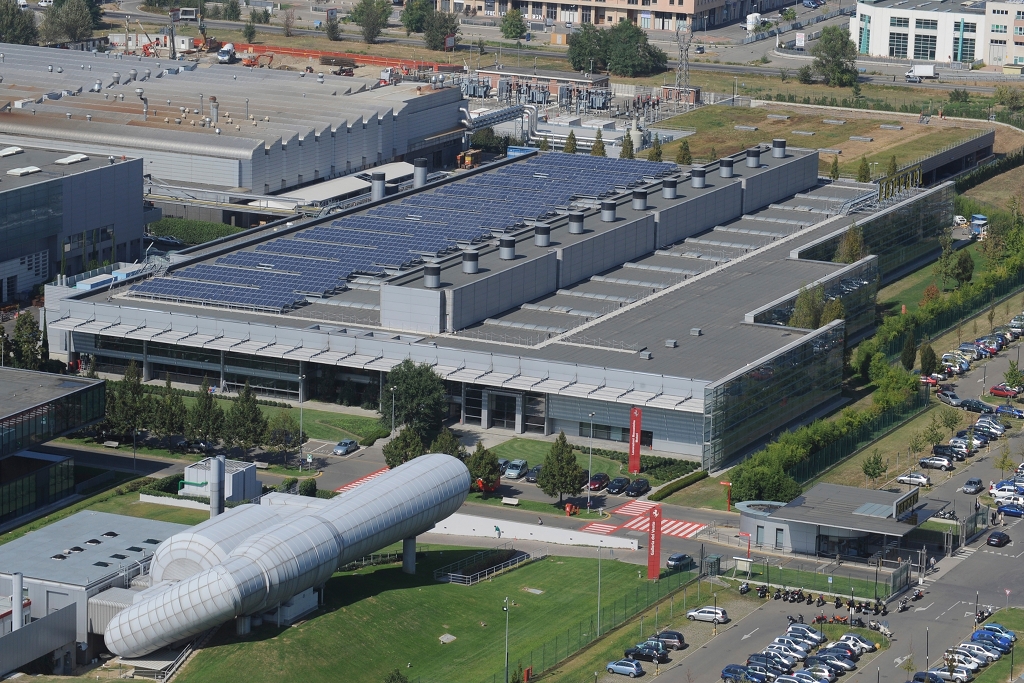 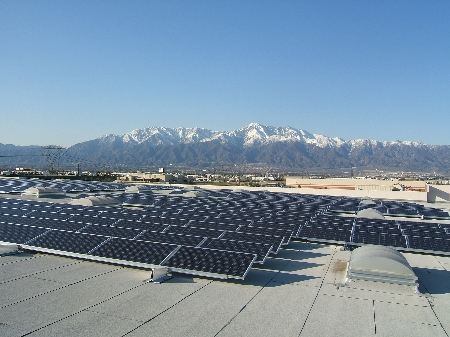 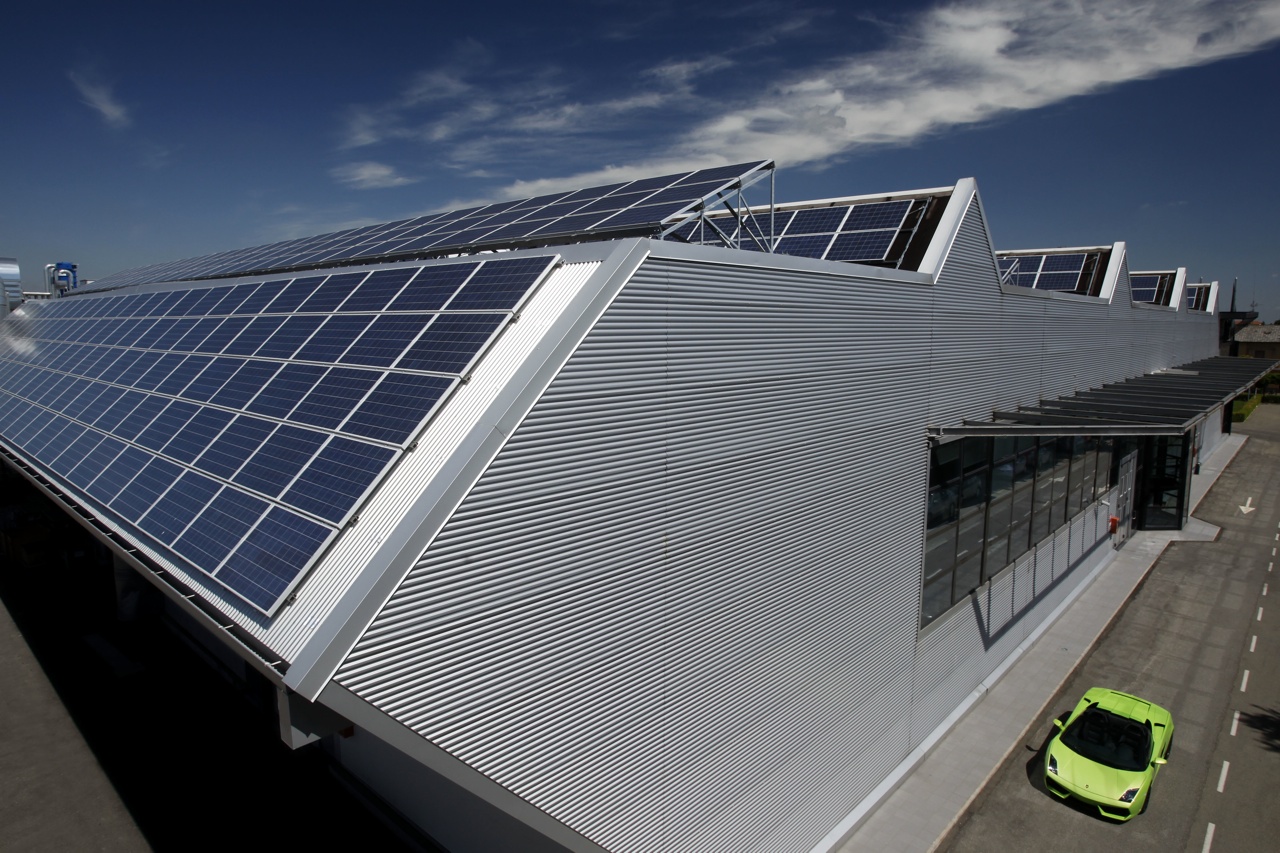 The German ridden Italian bull also announced that it will reduce its average vehicle CO2 emissions by 35 percent until 2015 through the use of weight saving measures, improved combustion, reduced friction, biofuels and (here come the less pleasant ones), start-stop systems & hybrid powertrains. So we can only pray that it follows the aforementioned direction, laughing in Ferrari's and Porsche’s faces.

The last ride in the time machine (I have to return it - it’s a rental) brings us to February 15, 2010, just in time to see Porsche pull out its big solar energy gun: a 2,000 kW, 8,500 photovoltaic modules system. This covers 40,000 square meters of the German manufacturer’s central spare parts warehouse located in Sachsenheim, Germany (this is close to Stuttgart if you were wondering). The system’s 2 million kWh of power will be pumped into the grid of a local energy provider each year. The project will save 1,780 tons of CO2 per year.

The Germans' and the Italians' initiatives show that the planet can be protected without disintegrating the DNA of the low volume but high heritage automotive manufacturers and this should convince lawmakers to reconsider the set of environmental constraints applied to these dream builders. But it won’t, so we’ll all have to get used to a Ferrari that produces an electric buzz, a Lamborghini who’s V12 is shut down at the traffic light and Porsche 911 that has an electric motor on top of its front axle. Next thing you know’ you’ll be hearing hypercar owners praising their vehicles’ fuel efficiency in front of their friends and leaving the performance out of the discussion...