1 Ford Focus RS Clubsport with 350 HP in the Works

3 Next Generation Mitsubishi EVOlves into Electric 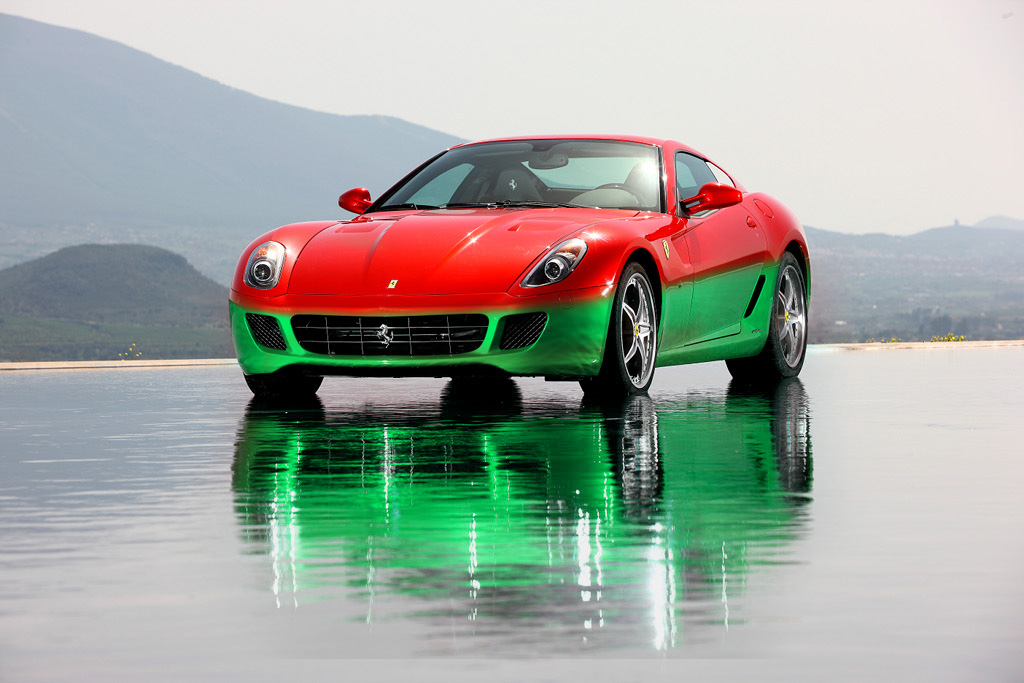 The Ferrari 599 GTB Fiorano is not a fire-breathing devil as many have described it... but it will become one - in a bad way. The 599 came from above as an archangel. It can take human passengers under its gentle Grand Tourer arms and almost fulfill one of man's most ancient dreams... flight. But being much more than a simple angel the 599 will also zap anything in its (driver's) way when necessary. Any road creature which dares to disobey will be sent straight to its rear-view mirror instantly.

However, this angel seems like it is about to fall: It might jumpstart the carpocalypse and bring it upon the entire petrolhead guardian spirit vehicle segment, and not in a good Carmageddon way. Let me explain. On January 27 when Ferrari Chairman Luca de Montezemolo was presenting the 2010 F1 car (during what now seems to be the carmaker’s Last Supper) he squeezed in the news that a hybrid incarnation of the 599 will make an official appearance at the Geneva Auto Show in March.

Rumors about this have surfaced on the world wide web since 2007 when it was first reported that in its efforts to bite the European and U.S. upcoming compulsory low average emissions apple, Ferrari will surrender to the hybrid sin. At the time company CEO Amedeo Felisa reportedly used a similar PR trick to drop the bomb: he started by saying what Ferrari won’t do to meet range emissions average - no biofuels, no diesels and no low powered model. But this didn’t make things better in any way.

Either Felisa broke his vow or the Internet lied: the 2008 Detroit Auto Show saw the introduction of a Ethanol believer F430 which was 5% more emissions abstinent and 10 HP more gifted. That would have biblical good news. But Ferrari also pledged that it would bring its overall emissions down by 40 percent until 2012.

Last summer, the new media brought some European patent filings to our attention - these presenting the Prancing Horse’s upcoming electric games heresy. The 6 patent fillings indicated that the traditional powertrain would be joined by one or two electric motors which would spin the front wheels. So yeah, it was a cruel summer. Consequently, Felisa started a Noah’s Flood of more or less official statements, informing us that we should all expect a hybrid Ferrari concept pretty soon, but also that Ferraris won’t go hybrid... until the battery technology improves.

Close to 2009’s end the prophecy got even more detailed as we found out that the hybrid 599 will use an unholy Trinity: a lithium-ion battery pack mounted on one side of the rear transaxle which would be recharged during braking by a Formula 1-inspired kinetic energy recovery system (KERS) and would power an electric motor. These would lure future buyers with a 35% cut of the fuel consumption (the urban figure is expected to drop from 27 l/100 km to 17 l/100km). To complete the heresy, the car is also expected to use a stop start system which will silence the V12’s healing voice with every occasion. 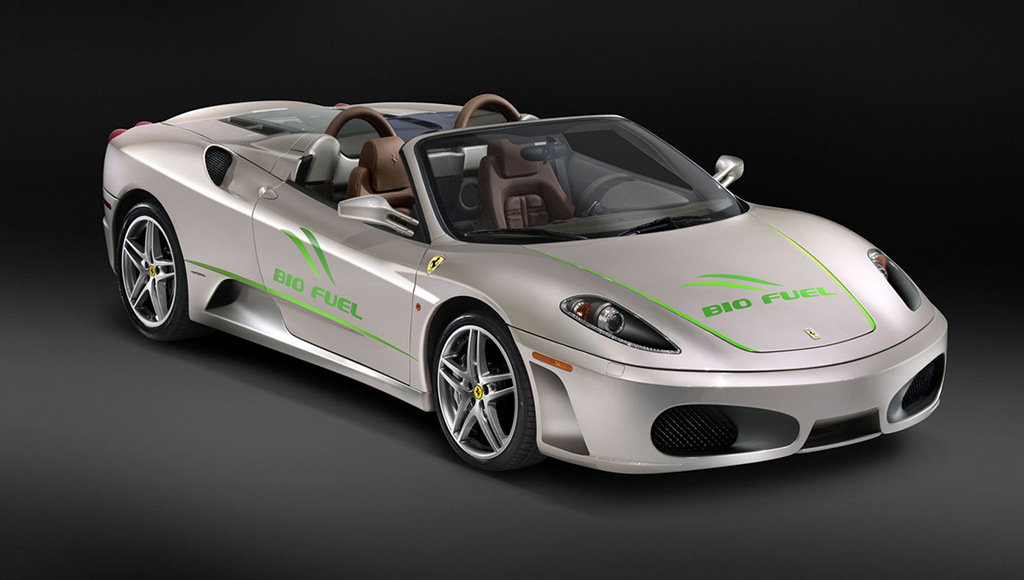 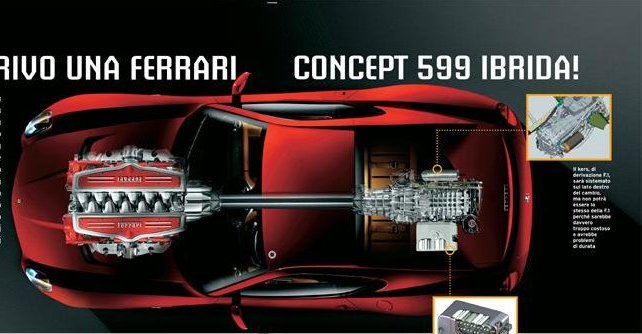 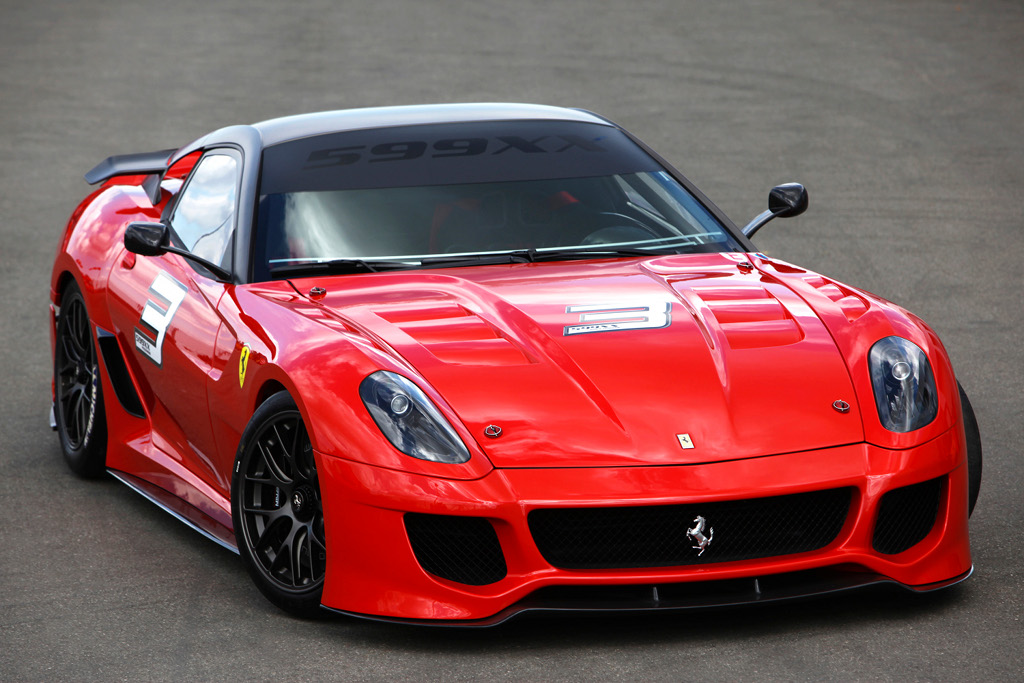 Such a small period of time separates us from the Rise of the fallen angel at Geneva. We’ll be there to call the beast on its real name which should be the Ferrari 666 GTB Fierceorano, with the words drained of any cool meaning.

This shows the fleeting nature of the human passion: less than a year ago at the 2009 Geneva Auto Show Ferrari introduced the 599XX competition version of the car. Oh how we wish that the 700 HP 9000 rpm arch-archangel made its hybrid sibling disappear from the face of the Earth.

I don’t even know who is the Anticombustionist here. Exotic brands like Ferrari sell a limited number of units every year, so it would be a huge understatement to say that they have a microscopic presence among other vehicles on the road. In addition to that, cars like these total a much smaller annual mileage than the average, mortal vehicles. I myself believe that vehicles serving nothing more than B to A to S to I to C transportation needs should become as less pollutant as possible. But, I ask: Why on earth, heaven and hell do U.S. and European lawmakers have to force manufacturers like Ferrari to cut their average CO2 emissions?

In a little more irrational bit of thinking, I could also blame the Italian manufacturer, for showing obedience instead of using a Vatican-like approach. By this I mean that Ferrari should have turned Maranello into a sovereign city state with its own laws and excommunicated anyone who failed to obey them. I haven’t decided yet who should’ve been elected pope since Enzo Ferrari has long passed away...

Unfortunately, I must admit that the 599 will fall and turn against its brothers - by doing this Ferrari will throw the first stone. And here's where the gospel ends and the real-world frenzy starts. You see, other performance icons will probably follow this pathway, as travelers coming from the country of the rising sun spread the word that two of Japan’s most worshiped hyperformance cars, the Nissan GTR and the Mitsubishi Lancer Evolution, are also expected to turn hybrid.

Allow me to describe these two heroes: Godzilla is a car which takes a moment to unlock the true meaning of the value for money concept in the automotive world as opposed to the notion's misuse in cheap Korean manufacturers’ press releases. It does this while playing a little S&M game with cars that cost twice as much - yes, it does whip the 911’s ass on most tracks. The Evo uses the same basic principle as the GTR but scales it down to an even more affordable level and wraps it in a sedan packaging, you know with a big boot. Its performance junkie MR versions can even make a few supercars cry through the corners. 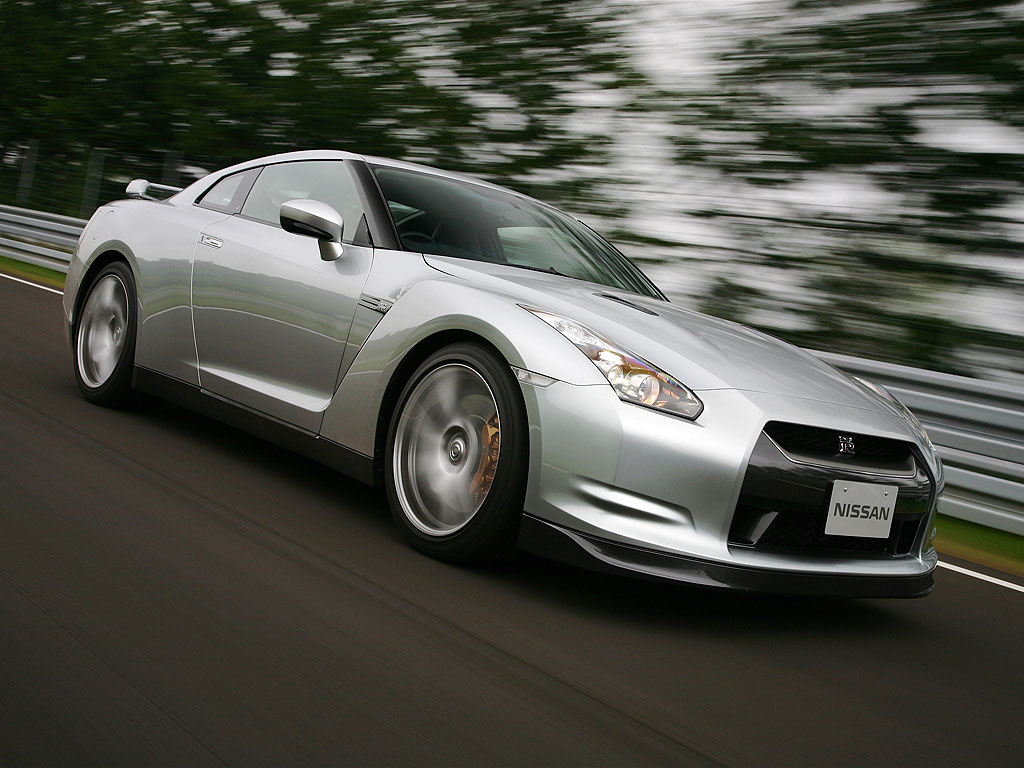 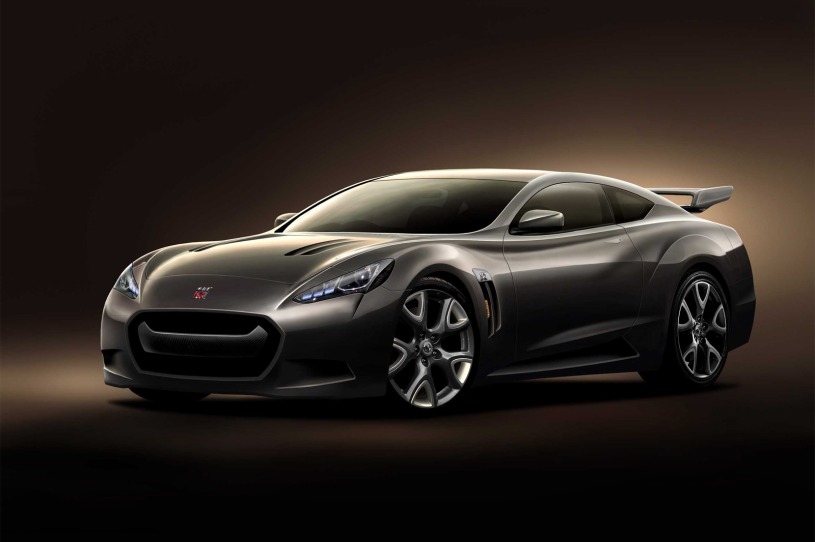 Both cars’ descendants, the R36 GTR and the Evo XI, might use a more or less optional hybrid powertrain. The Nissan could be forced to bare a 160 HP electric motor alongside a slightly detuned version of the current generation’s 485 HP turbocharged V6 powerplant. 600 HP sounds tempting, but why achieve them through weight-increasing deviant technology?

The Mitsu will probably have no choice but to sit on the same platform as the PX-Miev plug-in hybrid SUV concept. Its traditional turbonutocharged 2.0 liter would power its rear wheels while the front ones would be given momentum by a tweaked version of the 63 HP permanent magnet synchronous motor used by the company’s i-Miev electric vehicle. Again, a figure playing in the 300 to 400 HP league seems like a major improvement, but why must the car be built by Machiavelli’s principles? 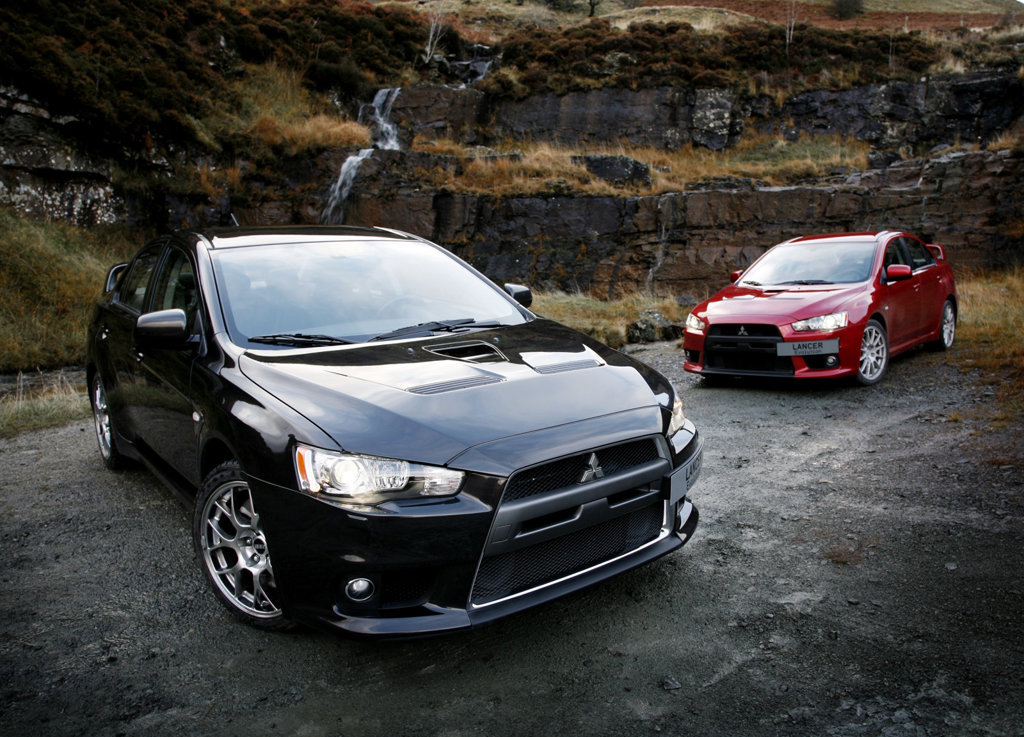 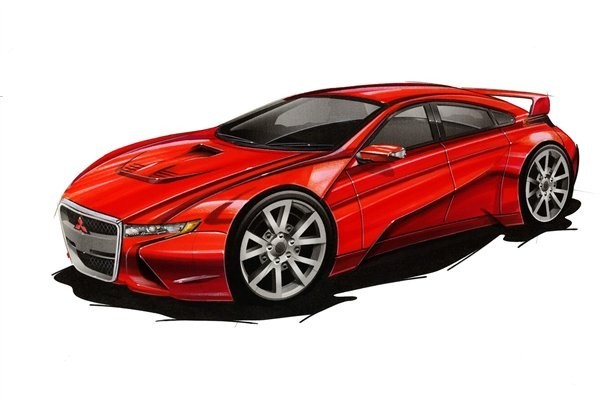 And the pandemic continues to spread. I am still in shock from the news that the next Ford Focus RS, the one which will use the fresh NAIAS-introduced Focus as a host, will probably send the purity to the hybrid-electric chair by using an electric engine developed with Peugeot in conjunction with a 2.0 liter ecoboost one. The RS won’t try to tempt future clients with more power. Instead it promises to offer 4 wheel drive, with the electric motor powering the rear wheels. The RS was the first to bring 300HP to the hot hatch game and, as if that wasn't enough, the car chose to send all of them to the road through the front wheels. And this lunatic hatch will also be the first (and I hope the only) to go hybrid... the bigger they are, the harder they fall. Do we really have to sell our souls to electrons to get 4WD on the RS, Ford? 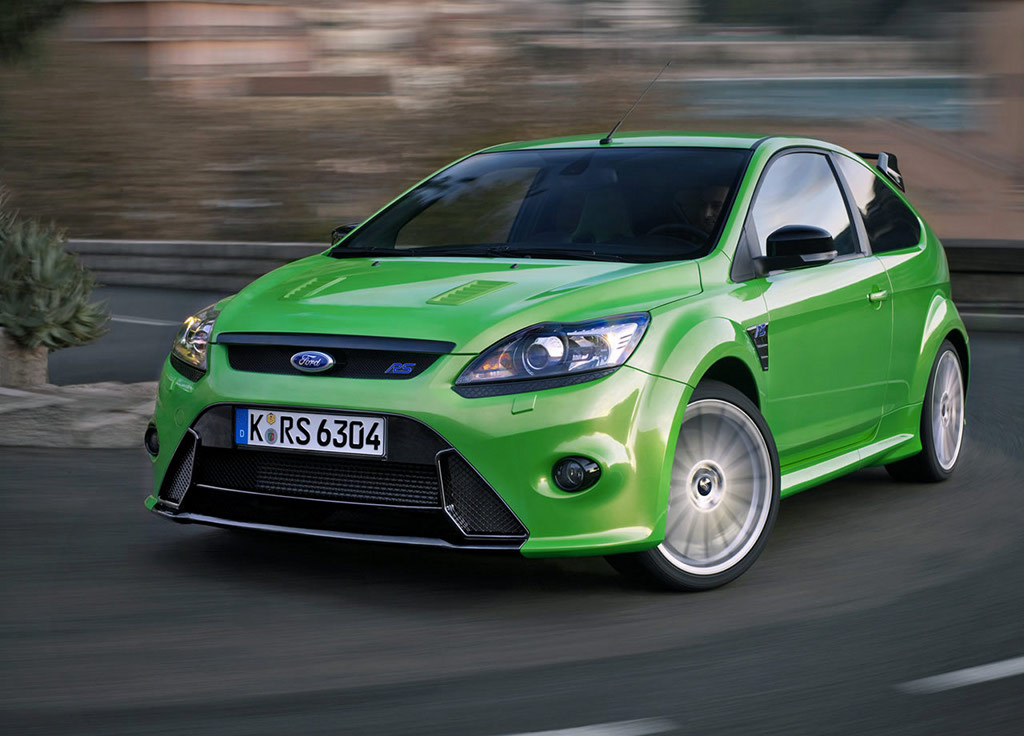 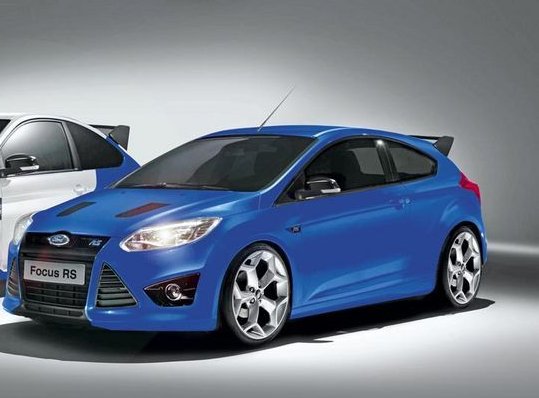 In my opinion all these are nothing short of car enthusiasts' genocide. They’re killing our dreams! Maybe I can understand that lawmakers don’t give a clunker about automotive passion and performance achieved through purity. Or maybe not, but regardless of that the jury of loose screws in my head has found the carmakers guilty of this genocide. All these companies deliberately take undue benefits from performance icons, thus enslaving them and depriving car aficionados of their automotive freedom. If the aforementioned car producers are forced to reduce their vehicle line-ups' average emissions figures, why do they choose to put this on the iconic models' shoulders? Why don't they develop a new model, entirely separated from the rest of the range for this purpose? While I’m at it I can ask another question: Did Nissan, Mitsubishi and Ford, who are all mainstream manufacturers, really had to resort to the use of their performance vehicles to achieve that? 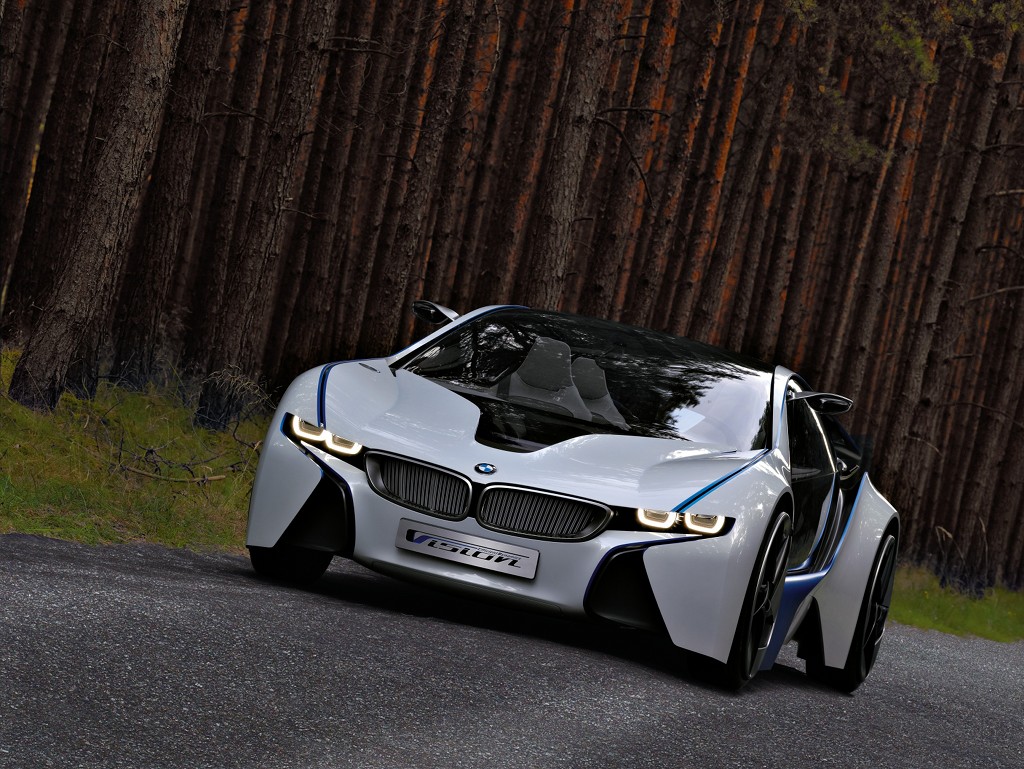 Fortunately, other manufacturers seem to have found a compromise. BMW, for example will probably use its upcoming Vision EfficientDynamics 4.8 seconds to 100, plug-in hybrid in the quest to “educate” consumers and promote hybrids to hybreeds. This will leave the manufacturer’s M division virgin (partially virgin considering that it has given birth to the X5/X6 M non-identical twins... but that’s a different topic).

Maybe the worst part of the whole story is the fact that there might actually be a market for these hybrid supercars. Remember all the media frenzy the Toyota Prius started? And no, we are not talking about Toyota’s recall: For every Prius which is being driven for grass-hugging purposes there’s a whole fleet of others that protect nothing more than their owners’ image. So the sports hybrids will actually be ego cars...


UPDATE: If you are a polytheist (and not only), you can find out how Ferrari, Porsche and Lamborghini worship Ra, the sun god, here.