4 Shark Unveils 2011 Helmets in the UK
Car video reviews:
Up Next 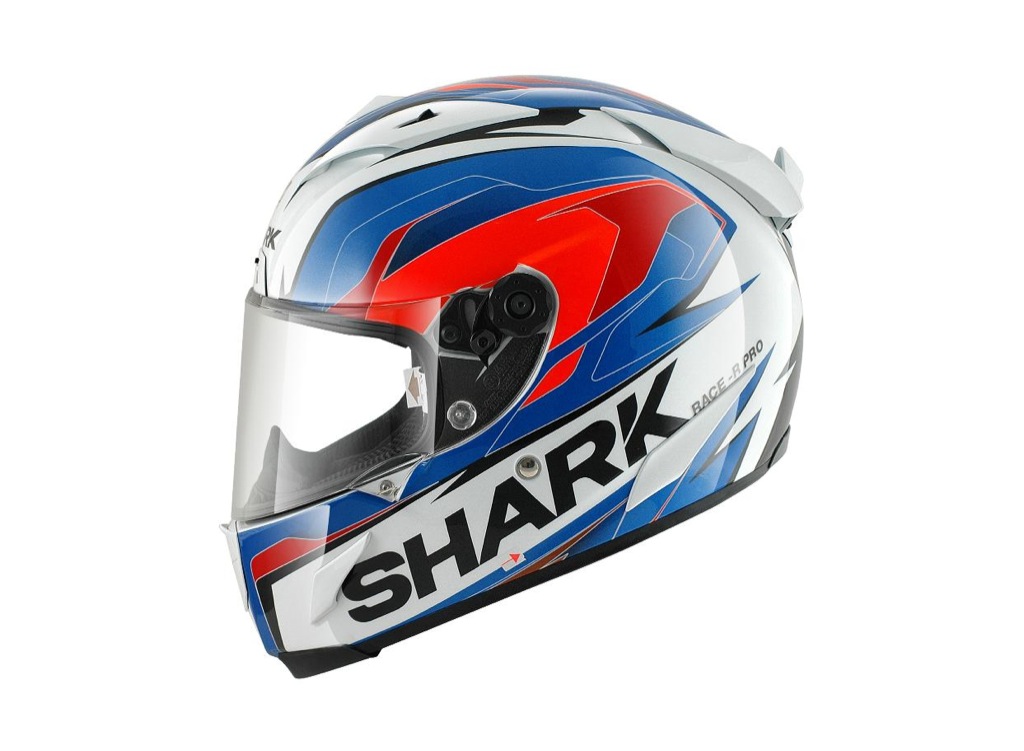 Marking the arrival of its new Race-R Pro range hits UK dealers this month, French manufacturer SHARK has unveiled three new colors plus a Replica helmet. This means that in addition to the five existing models in the range, customers will also get to choose from four new Kimbo models.

Alongside the Kimbo, SHARK has developed a Randy de Puniet Replica, following the success of his previous design. The Replica is a black-based helmet with bold red and white blocks of color, plus de Puniet’s racing number 14. The Kimbo is priced at £529.99) and de Puniet Replica costs £549.99.

The Race-R Pro and Race-R come to replace the popular RSR2 helmets at the top of SHARK's range.

The Race-R is derived from the Race-R Pro. The main difference between the two helmets is that the Race-R Pro has a double blade spoiler to help with aerodynamics when at high speeds. The Race-R Pro is also much lighter due to the carbon and other light weight/high strength fibres used in the construction.

Both helmets offer an impressive optically correct field of vision thanks to the varied thickness of the visor, 4.25mm thickness in the middle to 3mm at the sides. Compared with common visor apertures, the Vision-R gives 25 percent more global vertical vision and 10 percent more horizontal vision. There are four anchor safety lock points on the visor, also anti-scratch and anti-fog coatings.