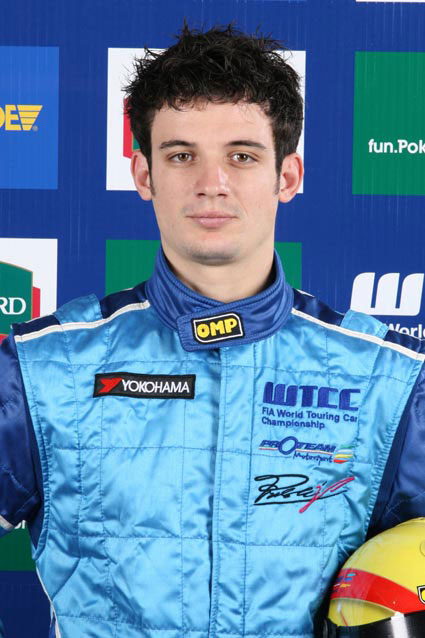 Sergio Hernandez' incredible performance last season – winning the Independents Trophy for the first time in career – did not go unnoticed. The Spaniard will begin the upcoming World Touring Car Championship as official BMW driver, after securing a driving seat with the BMW Italy-Spain team.

Hernandez will therefore replace departed Felix Porteiro at the ROAL-backed team, joining former F1 driver and WTCC's veteran Alex Zanardi. This will be the only change in BMW's line-up for the 2009 season, as the UK-based team will continue to give credit to 3-time champion Andy Priaulx, while BMW Germany extended Jorg Muller's and Augusto Frafus' deals for one more year.

BMW Motorsport boss Mario Theissen insisted that the team's main goal for 2009 will be to win back the constructors' crown, 'stolen' by rivals SEAT in 2008. Last season marked the first year in championship's history – under the WTCC badge – that someone other than BMW won the series' title.

“Our team includes five very ambitious drivers, who will do everything to win back the World Championship in 2009,” argued Theissen.

The German official also revealed that the team's format inside the WTCC series will not undergo any changes, as it enables national branches of BMW to take a more active role in their motorsport operations.

“The national team concept has proved itself both from a sporting and a commercial point of view. This team structure was responsible for us winning every title between 2004 and 2007. It also allows us to involve the national sales organisations at the highest level in the World Touring Car Championship,” added Theissen.