3 Scania Ethanol Buses to Be Used in Sao Paulo 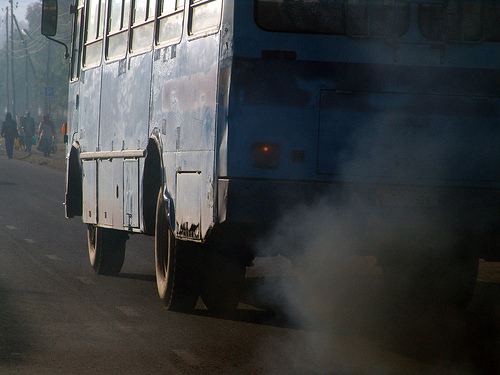 Truck manufacturer Scania, one of the most important players on the market when it comes to both traditionally and alternative-powered trucks and buses, has reached the conclusion that the transition to a cleaner line of vehicles in commercial and passenger transportation must be done at a faster pace because, even if the regulations are as green as they get, the vehicles on the road are still years away of being what they should be.

During the Scania sustainable transport conference in Brussels, Scania executives have shown that, even if the Euro 5 emissions standard is already in effect in Europe, half of the commercial vehicles on the Old Continent's roads can barely meet the Euro 1 and 2 standards.

“Given the slow pace of progress in renewing the vehicle population, it is more important to make full use of all available means to reduce carbon dioxide emissions. These include longer truck and trailer combinations, better logistics systems, alternative fuels and driver training with efficient support systems,” said Scania CEO Leif Ostling.

Although at the conference most agreed that there is still a lot to do when it comes to turning the European fleets green, nobody seems to know exactly how that can be achieved. Some have proposed that drivers be better trained, so that they contribute to the reduction of fuel consumption by 20 percent, while others are asking for better guidance and sustainable policies to allow customers to decide what green tech suits them the best.

“Unfortunately there is not one solution, and we must patiently adopt one after the other,” said Michel Savy, director of the Observatory of Transport Policies and Strategies in Europe