1 Boeing Launched the Largest, Longest-Range and Most Capable Twin-Engine Freighter

Radical Long-Range Cargo Drone Takes to the Sky, Can Recharge Its Batteries in Flight

Future cargo delivery will be emissions-free and autonomous in both commercial and military fields. With the advancement of autonomous technology, hybrid-electric propulsion, and even supersonic technology, logistics will never look the same again. This startup’s cargo aircraft, boasting some impressive capabilities, just took a big step in that direction.
7 photos

MighyFly quadrupled in size in just one year since its first seed funding in 2021, and its flagship aircraft, the MF-100, has obtained airworthiness certification from the FAA (Federal Aviation Agency). The company’s goal is no doubt ambitious – revolutionize logistics with the help of an eVTOL (electric vertical take-off and landing) that can carry up to 500 pounds (227 kg), over 600 miles (966 km), reaching up to 150 mph (241 kph).

Until that goal is achieved, MighyFly is currently testing the MF-100 prototype for a 100-pound (45 kg) capacity. The air cargo carrier recently conducted its first autonomous flight in the Bay Area. According to the manufacturer, even the more challenging aspects of autonomous take-off and landing were tackled successfully.

Powered by a hybrid propulsion system, the MF-100 is able to recharge its batteries while flying, which enables it to conduct several deliveries on a single-flight route. In addition to being carbon-neutral and fast, this cargo solution is also meant significantly cut the costs of traditional last-mile delivery. The startup’s director, John Formisano, is a retired FedEx executive and former VP of Global Vehicles, so the aircraft was developed with precise delivery requirements in mind.

This also includes an autonomous loading and unloading system with minimal human intervention, which is a drastic change for a typically labor-intensive operation while also making it more effective by eliminating potential errors.

The MightyFly cargo solution is mainly designed for business-to-business applications and is versatile enough for transporting goods not just in urban and suburban areas but also in rural ones.

After this first milestone, the autonomous aircraft will be further tested for long-range capabilities, demonstrating the first 100-pound autonomous delivery over a long distance. 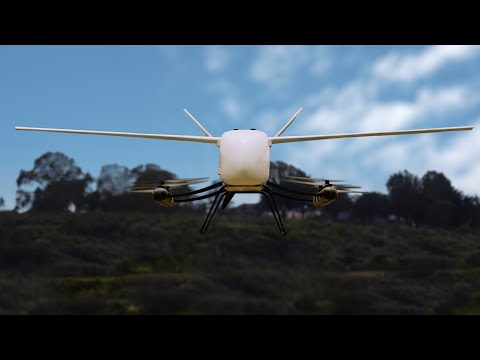