2 France to Open Charging Stations for Electric Cars
Up Next 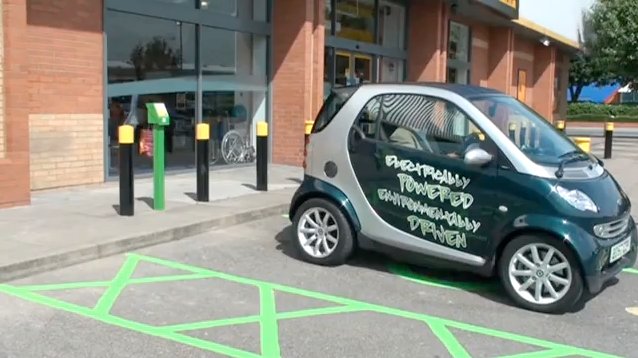 A pilot scheme offering free charging for electric vehicles was recently launched by Comet, one of the largest retailers of electric goods in UK. The company first implemented the charging station outside its store in Purley Way, Croydon.

London’s mayor, Boris Johnson, was excited about the idea and stated that it goes well with his intentions of making London the European electric vehicle capital.

"I would like to give Comet a congratulatory pat on the back for offering free charging points and for helping their customers to make the switch to an electric car," said mayor Boris Johnson for telegraph.co.uk.

Comet named the pilot scheme ‘Plug & Go,’ which if it proves to be successful, will be extended throughout all Comet stores across the nation. The company also wishes to sell electric cars as well. Unfortunately, these type of vehicles are currently not so available on the market, so Comet has to wait a little longer.

"As an electrical specialist we need to respond to customer demand and with electric vehicles set to revolutionise city living over the next few years, it is only right that we look to sell them as part of our offer," said Hugh Harvey, managing director of Comet.

The pilot program started after Comet developed a partnership with smart, which provided its new Fortwo ed vehicle for testing. According to Dermot Kelly, managing director of Mercedes-Benz UK, which imports and markets the Smart range, "Electric vehicle charging points at Comet retailers will help pave the way towards developing a sustainable transport infrastructure for the UK.”

The service, which provides current at 240 volts AC at 13 amps, is available from 9am-9pm Monday-Friday, 9am-7pm Saturdays and 11am-5pm on Sundays.