2 Dovizioso Sets the Pace in FP1 at Le Mans

Home > News > Auto Motorsport
Tudor Rus
Nissan will send its front-wheel drive GT-R LM Nismo hybrid prototype to battle the likes of Audi and Porsche on the Le Mans track, but before that happens, we're witnessing a duel of race liveries.
5 photos

If there is such a thing as a struggle for the best livery, Porsche got a head start with three different uniforms that will act as race clothing for their Le Mans prototype. And because Porsche is Porsche, a lot of inspiration came from the past.

"Our racing heritage is hugely important to us. Our 1998 car hangs on the wall at NISMO HQ in Yokohama as a reminder of our Le Mans podium, and the blue liveries of the Group C and IMSA era of the 80s and 90s are a firm favorite with the fans," said Darren Cox, Global Head of Brand, Marketing & Sales, NISMO.

Leaving appearance matters aside for a moment, Nissan's evolution in Le Mans this year is a must-watch act since the Japanese are battling for victory using a prototype that sends more than 1,250 HP to the front wheels.

Considering each wheel will have do deal with over 600 HP, we'd expect the level of mechanical wizardry Nissan employed to be pretty darn high, if they intend to stand a chance in front of the German offensive led by Audi and Porsche. 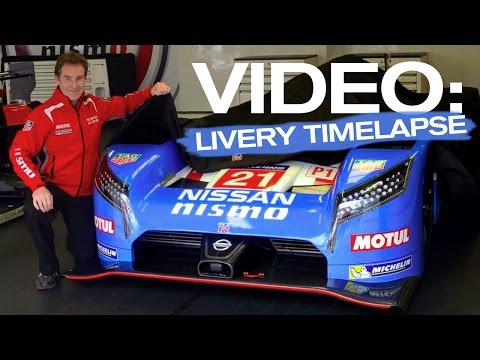