3 F1 Controversy Ahead of Aussie GP

5 Renault and McLaren Threaten to Boycott Aussie GP
Car video reviews:
Up Next 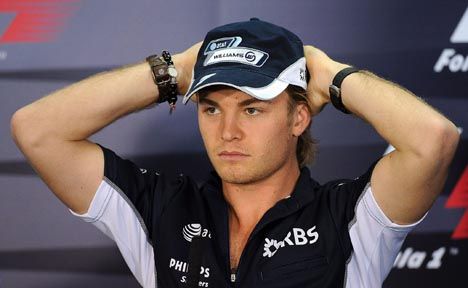 Nico Rosberg of Williams-Toyota won the first place of the 2009 Formula 1 ING Australian Grand Prix Friday Practice 2, being followed by Rubens Barrichello of Brawn-Mercedes and Jarno Trulli of Toyota. Having completed 36 laps, Rosberg achieved a best time of 1:26:053, 0.104 seconds and 0.297 seconds faster than Barrichello and Trulli, respectively.

Obviously, Nico Rosberg was pretty delighted with his result, explaining that the testing sessions he conducted during the winter were the key to this successful result.

“In both sessions sector two was working particularly well. There are only two ‘real’ corners in the sector, but it’s really interesting and it feels good in the car. The FW31 is well balanced all round the track, but seems even more so there than in any other places. After a winter of testing, it’s good to get out on a new, fresh track and we seem to be in a better position than we thought," he said.

Hamilton on the other hand explained that his car still has a number of issues but he expects to due better in the qualifying stages and in the race per se.

“The first session didn’t prove too productive for us. We worked hard to get the prime tyres to operate effectively, but the track conditions and our set-up made it difficult to get them to work, and it didn’t give me the confidence to push hard. The changes we made after P1 made the car feel much better. We’re still working to refine the balance - and we have a number of issues still to address - but we are heading in the right direction," he explained.

Here are the top six drivers after the second practice session: