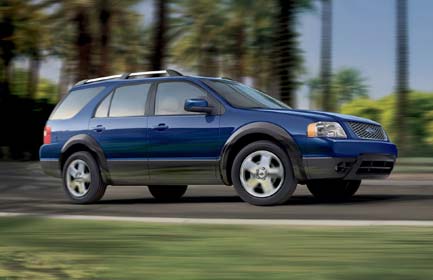 The National Highway Traffic Safety Administration announced it has opened an investigation centered on the Ford Freestyle crossover, after it has received countless complaints on unintended acceleration.

More precisely, the automotive safety watchdog says it has received 238 complaints about the cars lunging while at low speeds and when the driver is not pressing the acceleration pedal. According to the NHTSA, the problem may have resulted in 18 crashes, one of which resulted in a minor injury, a pedestrian.

The problem in the Freestyle seems to be less severe than the one that plagued Toyota in early 2010. 170,000 units of the Freestyle, manufactured in between 2005 and 2007, may be affected. Unlike the Toyota case, the cars can be stopped by applying the brakes. However, the complaints point to the vehicle moving “as much as 10 feet if the brake was not applied, lightly applied or applied late.”

The defect manifests itself, judging by the complaints in both forward and reverse gears. It is “sudden and unexpected and generally brief in duration,” with the phenomenon tending to become more apparent when the vehicles’ air conditioning is on or when the steering wheel is turned sharply.

On its end, Ford made no real comment yet, limiting itself at saying that the NHTSA will have its full collaboration. More details on this possible problem, a sensitive subject for the American public, will surface in the weeks to come.

“We will fully cooperate with the government as they review this matter,” Susan Krusel, a spokeswoman for Ford told Bloomberg.