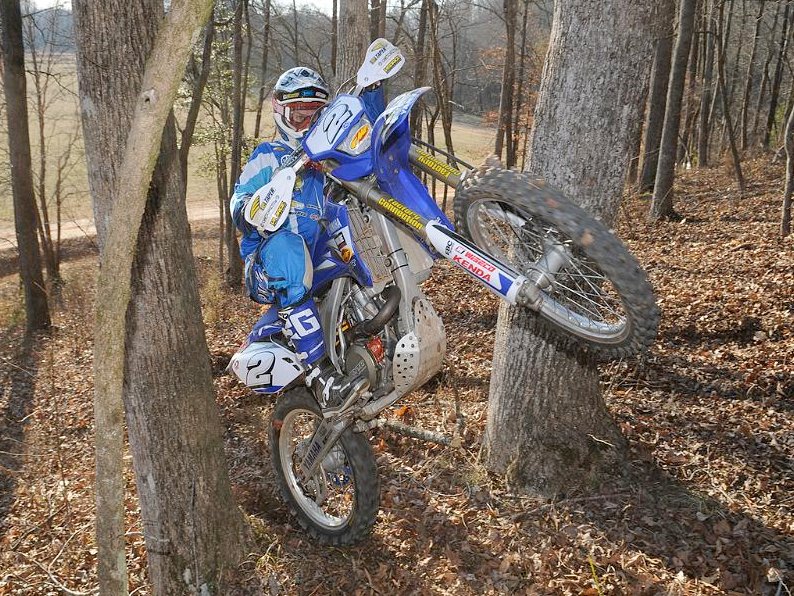 The first member of AMA Motorcycle Hall of Fame Class of 2009 was announced yesterday and it is none other than the seven-time AMA National Enduro Champion Randy Hawkins. He was recognized for being one of the most worthy off-road riders and rewarded for the contribution he brought to this sport.

"In the world of off-road racing, one of the toughest sports on the planet, there are few who can match the stellar accomplishments of Randy Hawkins," said AMA President and CEO Rob Dingman. "From the late 1980s through the '90s, Randy made it look easy, dominating the AMA National Enduro Championships, while carrying the flag proudly in international competition."

Not many people know that Randy is also an 18-time rider at the ISDE (International Six Days Enduro), of which he got 13 gold medals and also a 73 AMA national victories. His first race was a motocross event in 1976 in River Falls, South California.

"To think that I started riding a motorcycle for fun, never dreaming it would be a career, then to have it become my entire lifestyle, and now to receive this honor is just very humbling," Hawkins said.

"The off-road racing industry is so friendly, so family-oriented, and I've met so many wonderful people throughout my career that I feel truly blessed to be associated with all the other great riders in the AMA Motorcycle Hall of Fame. I'm excited about it, and I'll do whatever I can to help carry the banner. This sport has given more to me than I could ever give back, and I want to be involved as long as I can."