2 Mandatory ATGATT? Thanks, but No Thanks

4 How to Beat the Heat when Riding in Hot Weather, Part 1

Regarded by some as the shortest way to an early grave, motorcycles come with the best of both worlds: the ultimate feel of freedom and adrenaline and risks which are many times higher than what people inside cars are exposed to while on the road. But it's not the riders who are responsible for most of the crashes, as some prejudiced minds think.

We would very much like to clarify some of these misconceptions by taking a fly-by on some of the most common types of motorcycle accidents, their causes, and some tips for avoiding getting into trouble.First things first
First of all, we must say that most accidents involving motorcycles are multi-vehicle crashes, meaning at least another car is involved. Unfortunately, such crashes account for more than a half of the number of motorcycle riders' deaths and greatly exceeding the number of riders who lose their lives due to their own mistakes or other causes.

When it comes to car-motorcycle collisions, things look grim, as almost 80% of these collisions are frontal, while only around 5 percent happen with the cars impacting the bikes from behind. It's all down to the infamous SMIDSY.SMIDSY this, SMIDSY that
Cars making left turns and breaking the riders’ right of way accounts for more than half of the accidents involving bikes and are largely the most common cause in our story. The “Sorry Mate I Didn’t See You (SMIDSY) is probably the kind of excuse both police officers and motorcyclists are hearing after a crash, at least in case the latter are not dead or passed out.

This kind of crashes has several major causes: drivers not being at all watching out for motorcycles, drivers willingly ignoring the right of way for bikes, drivers misjudging the speed of incoming vehicles, and riders approaching the junction with excessive speed, usually above the legal limit. 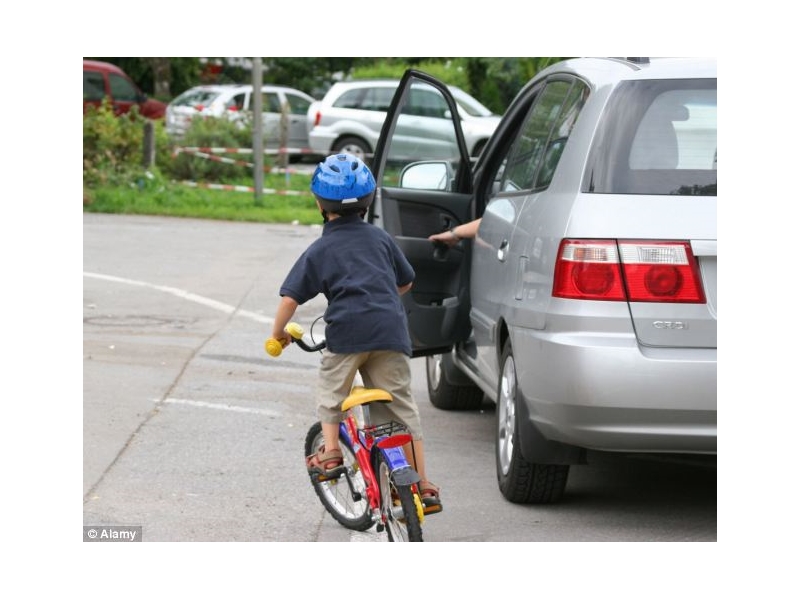 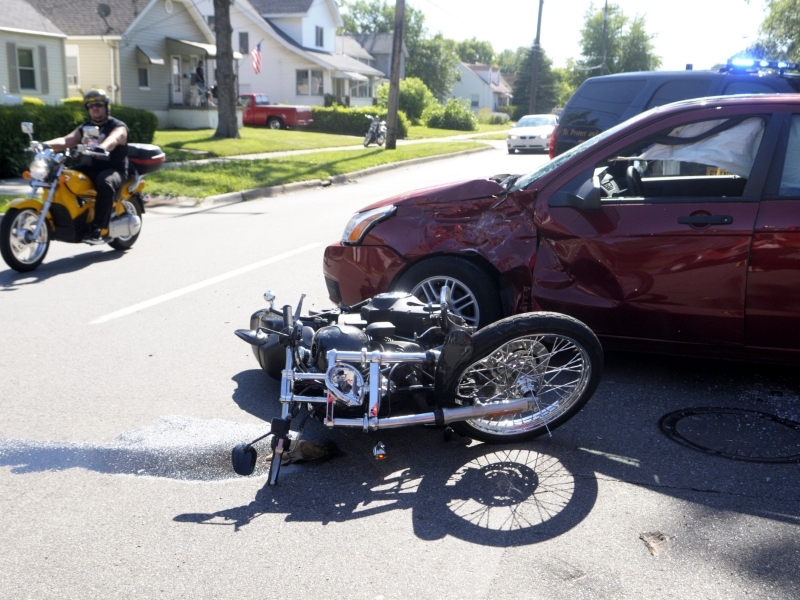 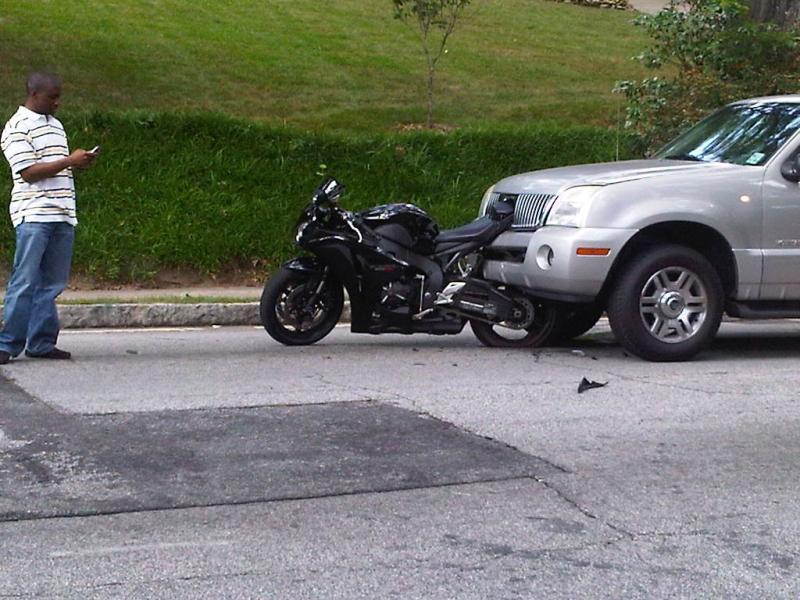 We're sorry to say this, but the biggest blame lies with the road users who plan to turn left: it's their legal duty to check for incoming traffic and proceed to steering in the desired direction only after making sure their maneuver poses no threats to other road users.

In real life, some of the drivers are not even looking out for other cars or even trucks and cause huge crashes so, in such cases, asking them to care for the bikes on the road is almost hilarious.

There is some truth behind this claim: motorcycles indeed have a slimmer profile and may be harder to spot on the road, especially by a driver who is in a hurry and not paying enough attention to what's happening around him or her.

It is also true that, in most states and countries, motorcycles are required to have a daytime running light, under pain of fines and license points. Newer motorcycles even fire up their headlights once the ignition key is turned, while modern LED lights are not many times brighter than traditional bulbs: riders know all this and the fact that being seen is one of the best passive safety measures, and we get to see very few who would ride with no daytime lights.

However, in some cases, bright LEDs, high beams, and loud-colored clothing are not enough, as the cars would keep on crashing into the bikes. Driver awareness of motorcycles should be one of the main concerns for road safety agencies, alongside better safety training and more severe penalties for the trespassers.

“Go have your eyes effin' checked if you couldn't see me,” or “If you're blind how come you can drive” are most likely to be heard all over the globe in pretty much all the languages, and such things do unfortunately show (alongside crash statistics) that the drivers' lack of awareness is one of the biggest causes for motorcycle crashes. As for the road users jumping the red traffic light... we really don't know whether there is something new to say: riders and drivers alike, it's only more severe penalty and higher fines who would probably deter such guys.Sharing the road
We believe there are very few riders who have never met a driver who disconsidered them for riding on two wheels, from small-displacement commuters to Hayabusa, and from dirt bikes to Gold Wings. Unfortunately, this is happening quite a lot on the streets of the world and is one of the causes for crashes.

Some drivers would ignore the fact that motorcycles have the right to occupy a full lane, and we've even met drivers so stupid that they said bikes have no right to be on the road and they should be ridden like bicycles.

Such prejudice roots in the lack of care some drivers manifest for motorcycles: they would cut riders off, occasionally causing them to run off the road, driving much too close to bikes to feel safe, and even straightforward ignoring the right of way.

The police files are full of reports of riders hindered in this way, crashed into by drivers literally pushing them off the road or impacting cars whose operators ignored the Give Way sign.

These misconceptions are often the cause of road rage, and the interwebs is full of footage of brawls in the middle of the street, coarse language being only natural in such cases. The dark side of all this is represented by those drivers who use their cars as a weapon and crash into motorcycles or try to run them over. It's court hearings and hefty damages to be paid.

To keep true to the reality, some riders are really giving this kind of transportation a bad name: it's those guys who, in their turn, believe it's them who own the streets and behave in a mindless manner, themselves heavily prejudiced and believing the “cagers” should make way.

Sorry guys, you're just as idiot as those you so much despise and, basically, you're all the same: you're definitely not making the roads any safer and you're not helping the rest of the guys make the world a better place.Other awareness issues
Leaving the prejudiced to their own business and hoping their ranks would grow thinner, we must also mention some of the awareness problems which may plague a bright day's ride.

By all means, we're not trying to say that drivers and other road users should be focused on constantly spotting and avoiding bikers: it's just that the basic safety regulations are laid out well enough for everybody to make it back home safely. And minding those regulations should be an awesome start for safer roads, even if not exactly sufficient. 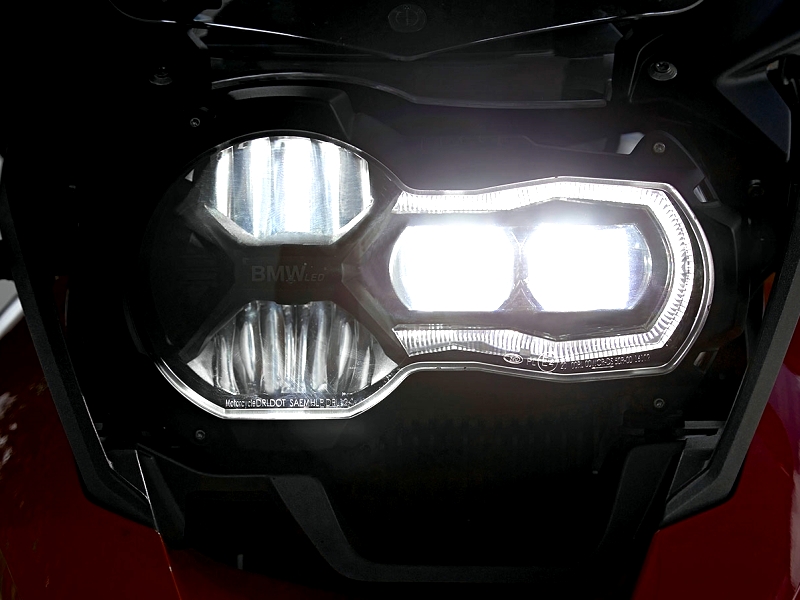 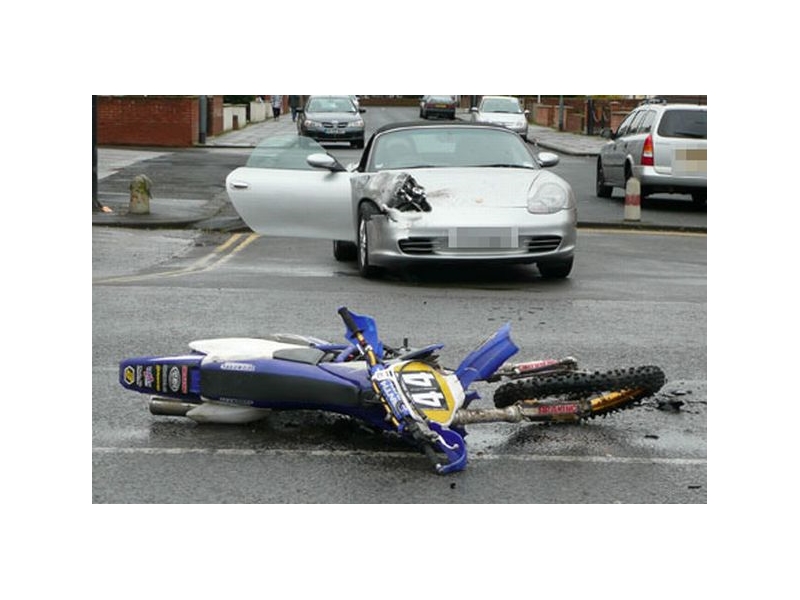 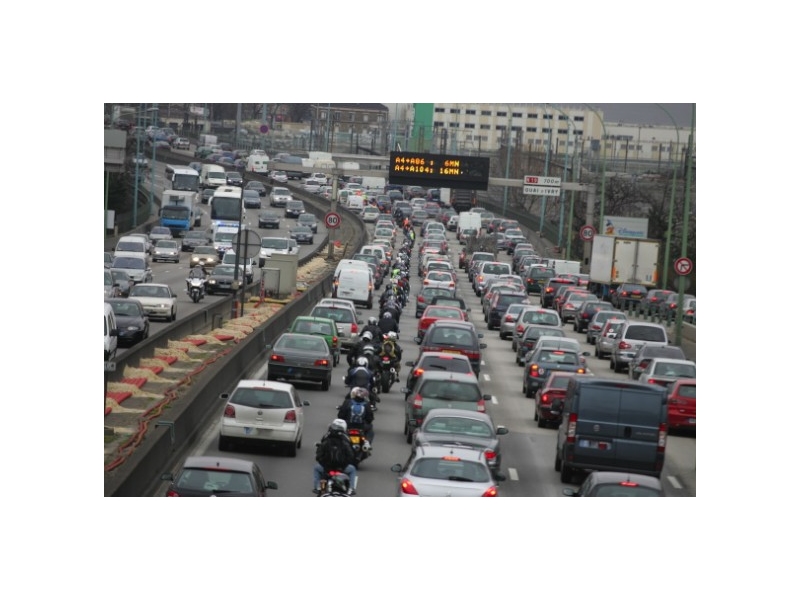 For starters, drivers could remember to check with their mirrors prior to steering or changing lanes. A lot of motorcycle accidents happen because the car made a sudden maneuver without checking and signaling, leaving absolutely no choice for the bike. Signaling a turn and braking in time should cause the riders to assess the situation better and take precautionary measures.

Crashes occurring because of doors suddenly opening in front of a bike could be easily avoided if the driver or passengers inside a car only checked for the free road. It goes all the same for car lines stopped at traffic lights and one of the passengers decides he or she would better get off there and opens the door in front of the approaching biker splitting the lanes.

As far as lane splitting is concerned, even though some of the drivers and lawmakers deem this maneuver illegal and highly dangerous, we're happy to contradict them and also provide proof from police sources. Of course, riding like a madman between the lanes is not at all safe, but we're not enforcing split-lane racing, are we?

Having said all this, when considering car-bike accidents, there is one more thing which should be mentioned: riders' experience and safety training. A seasoned rider has significantly more chances to detect a potentially dangerous situation and take precautionary measures to avoid it, even if he or she is on the legal side of things: when a car and motorbike collide, the bike is always coming off worse, regardless of who is at fault.

We'd say the key to less crashes involving motorcycles and other vehicles on the roads is awareness: drivers knowing the particular way bikes act in traffic should help them “expect the unexpected.” At the same time, getting rid of the prejudices is also a great factor generating safer roads, even though some riders seem to be keen on proving the exact opposite.

Also, the riders themselves must understand that, once aboard their bikes, they are a part of traffic, with exactly the same rights and duties like their multiple-wheeled fellows, and they should act accordingly.

Finally, we remember a rider's father’s story on how he became more aware while driving after his son and wife got their motorcycle licenses and bought their first bikes: “I cannot afford to be reckless, not that I was an idiot until now... it's just that I don't want to kill my wife or my son. That's why now I am looking out more for riders in my way.”