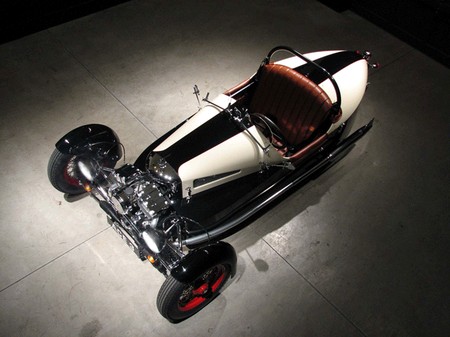 British car manufacturer Morgan is getting ready to bring back a ghost from the past as part of its (still) ongoing centenary celebration. The company is said to be planning a revival of the once iconic Three Wheeler.

Until now a rumor, the revival of the vehicle has been confirmed in front of the Morgan Three Wheeler Club by Jill Price, the sister of the company's director Charles Morgan. According to Price, cited by The Telegraph, the three-wheelers are closer than most of us might think, as the company has already begun working on them.

To be built in Malvern, the Three Wheelers are expected to use a modern-day version of the original JA Prestwich engine. With a displacement of 1,000 or 1,100 cc, the unit will generate 90 bhp, enough to send the vehicle speeding at 100 mph (160 km/h). That's for the regular version, of course, as more powerful units, the likes of the Super Sports of the 1930s, will pack a bit more punch.

The yet unnamed Three Wheelers will be sold, according to estimates, for around GBP46,000 ($72,700, EUR53,150). There's also no telling how many units will be manufactured, but there are more than plenty those waiting for a new Three Wheeler.

"We play with these silly old cars because they're are a lot of fun to drive: they corner like they're on rails and you can drift them round corners. But they can conk out without warning in the middle of nowhere,” Ian Parkinson, member of the Morgan Three Wheeler Club told The Telegraph.