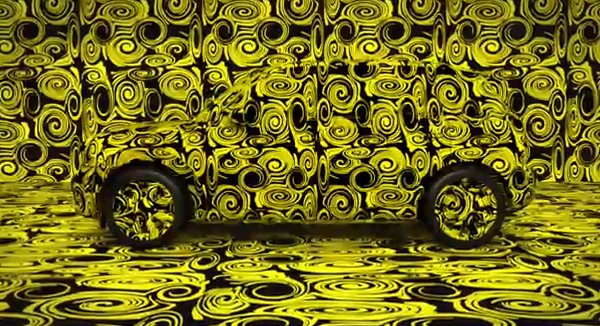 It's been quite some time since we brought you anything new about the first MINI SAV (Sports Activity Vehicle), caught in with all the commotion of the Christmas holiday an such... Luckily, the folks over at MINI were hard at work setting up a Tron-like virtual world, in which the new Countryman/Crossman or whatever could be unleashed. And here we have it...

MINI's Youtube channel released a video showing the future MINI 4x4. OK, "showing" is a bit of an overstatement, as the psychedelic paint job/surroundings only preview the general lines of the vehicle. This is how the manufacturer explains what lies underneath the camo (by the way, we couldn't help noticing the camo used in the clip is the same as the one we saw on the spyshots taken last year – neat!).

"Four is the buzzword for the new MINI. Four doors, an optional four-wheel drive, four single seats, the first MINI to exceed four meters in length − these are just some of the attributes of this remarkable new fourth variant of the MINI brand."

The first time we will get to lay our eyes on the new vehicle, without having to go the for an eye exam, will probably be the 2010 Geneva Auto Show in March. Until then, we're left with the same bits and pieces we had some six months back, as well as with the Beachcomber, the car most believe is the missing link between the little MINI and the off-road one.

Surgeons general warning: the video posted below can hurt your eyes. No joke!