1 Will.I.Am of the Black Eyed Peas Gets Car of the Future 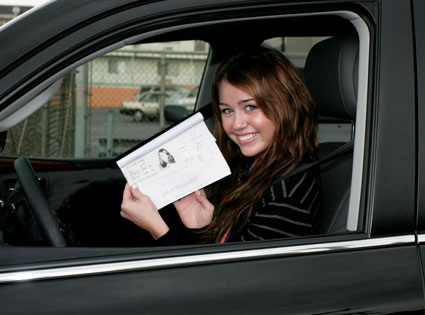 Celebrating your 16th anniversary is surely something unique to remember your whole life. While ordinary kids would have received iPods or DVD players, Miley Cyrus got a Porsche Cayenne, which is, in fact, her mom's old car.

And since she has recently taken her driver's permit, the famous teen actress and singer-song writer is ready to boast about it on Los Angeles streets.

Although at first it was rumored Miley Cyrus will get a Mercedes convertible, looks like the famous teenager has to be satisfied only with mamma's car. And just to complete the fancy scenario, Miley celebrated her 16th birthday at the American Music Awards and probably as a compensation for not buying her a new car, her daddy Billy Ray Cyrus built her a recording studio at the house.

As a matter of fact, she became a sensation after Hannah Montana's debut in March 2006. And as if this weren't enough for a teenager, a soundtrack CD in which she sang eight songs from the show was released  in October 2006.

But there's more: in December 2007, she was ranked 17 in the list of “Forbes Top Twenty Superstar Earners under the age of 25” with an annual earning of $3.5 million.

But Miley's solo music career began only in June 2007 with the release of her debut album “Meet Miley Cyrus”. A year later, in July 2008, her second album “Breakout” completed her achieved success.

What is more, in 2008, Miley was listed among Time magazine's “100 Most Influential People in the World”. Not bad at all for a teenager!

No wonder she got her mom's Porsche. Now let's see if she's that successful behind the wheel!