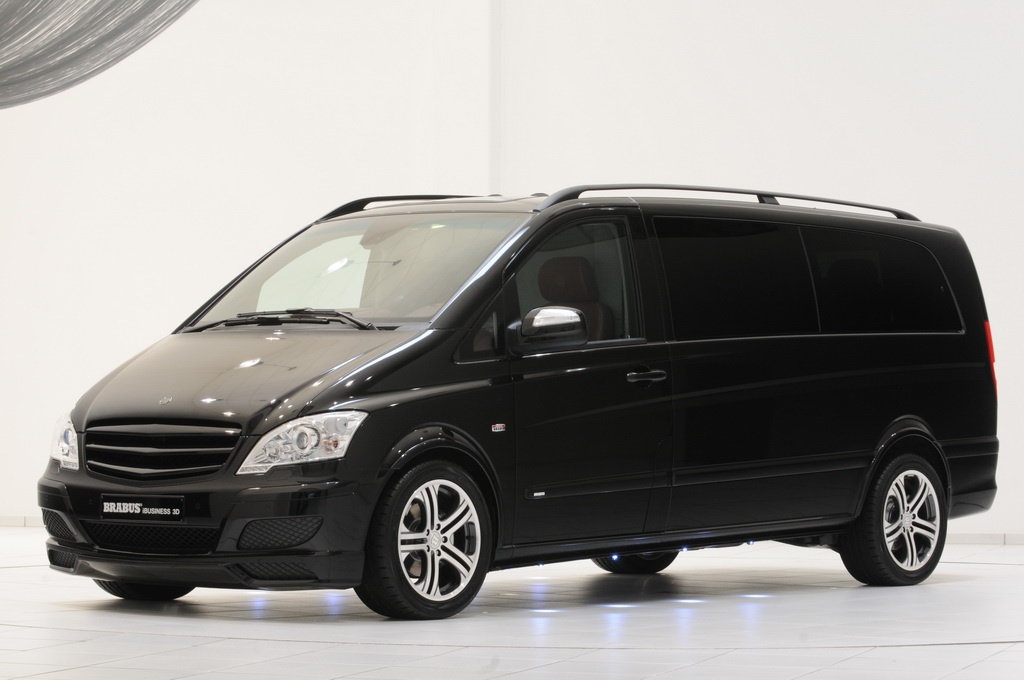 It seems that Brabus really has a soft spot for Apple products. The German tuner took the time to transform the Mercedes S-Klasse into a mobile office last year, fitting the vehicle with a multitude of Apple goodies. It seems that, for this year, the aftermarket developer wanted to take the concept to a whole new level, at least in terms of interior space.

The tuner has installed the same kind of office furniture in a Mercedes Viano. The Passenger van was gifted with “creme de la creme” 3D entertainment technology and with Apple gadgets, which are used to control the equipment, such as an iPhone, iPod, MacMini and iPad.

The multimedia storm includes a Playstation 3 and a Sony Bravia LED TV that uses a DVBT receiver, which can be used to play 3D movies. As for the MacMini, this is conncted to the Internet, using UMTS and HSDPA, featuring WIFI connectivity.

You can enjoy all these while sitting in one of the van’s two electrically-powered luxury chairs, which are finished in Bordeaux Red and Grey leather and can recline into a sleeping position.

Of course, the tuner also applied its usual aftermarket treatment, which means that the Viano was fitted with a number of discreet exterior mods, as well as with certain powerplant developments.