Alex Oagana
For some people, owning the most bad ass version of the Mercedes-Benz C 63 AMG Coupe, namely the bonkers Black Series variant, simply isn't enough.
1 photo
Despite the fact that the car is already sporting a set of very DTM-like body modifications, some choose to transform its looks into something even more menacing by painting/wrapping every surface black.

When that is still not enough to scare any on-looker, some go as far as opting for a more threatening exhaust sound, not taking into account the fact that the M156 is already the baddest-sounding V8 engine on the planet right now.

Take the following C 63 AMG Coupe Black Series for example, is sporting a de-catted IPE exhaust system which makes the car so loud that it may even cause small animals to have heart attacks at its arrival.

We like modified engines with louder exhausts as much as the next guy, but the car in the video bellow may be a bit too much for our taste, especially since this doesn't seem to have a valve-controlled exhaust and all the neighbors have probably already made its owner a voodoo doll. 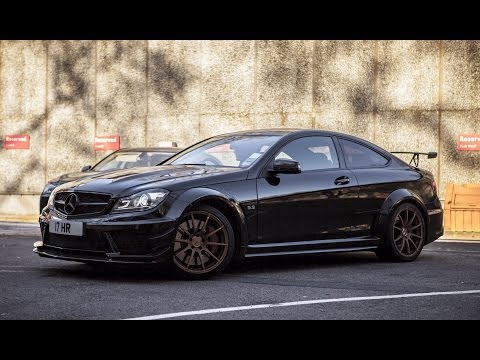