McLaren Will Unveil MP4-25 at Vodafone's HQ in Newbury 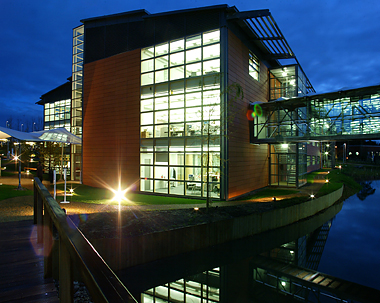 McLaren Mercedes will unveil their 2010 challenger on January 29, in the early hours of the morning. But then again, we already knew that, since the official site of the British team recently revealed that information to the media. However, it then failed to say the exact location of the event, as it was confirmed it won't be at their headquarters at Woking.

According to some reports in the UK, cited by the GMM news agency, it seems the place where it will all go down will be the headquarters of McLaren's title sponsors Vodafone. The famous British multinational mobile network operator is based in Newbury, some 50 kilometers outside London.

The aforementioned headquarters is where no less than 3,000 employees operate annually, since it was built in 2002. The HQ is actually an immense campus, which hosts no less than seven three-floor buildings and costed approximately 100M pounds sterling.

The event is scheduled to take place at 11.00AM local time, with the entire management staff of the McLaren Mercedes team to be present. It will also mark the first official (and non-official, actually) meeting between Lewis Hamilton and Jenson Button as McLaren teammates, as the two are afterwards scheduled to take the MP4-25 to the track of the Valencia's Ricardo Tormo Circuit.

Additionally, the Woking-based team announced that the unveiling of their 2010 challenger will also be broadcasted online, for the Formula One fans worldwide.