McLaren to Use Red Bull-Type Suspension by China 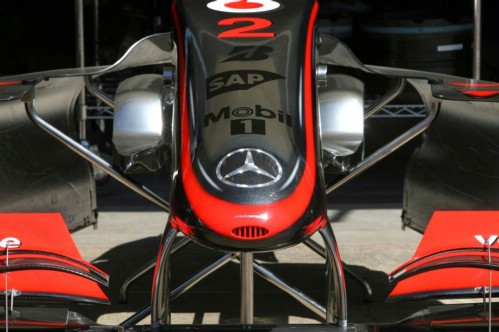 Although McLaren Mercedes have been the only team to point fingers at Red Bull Racing's ride-high control system prior to the Australian Grand Prix, it seems that the engineers at Woking are already preparing to introduce such a system on their McLaren MP4-25 from as early as possible.

“I think there's some evidence that there are ride-height control systems that some people would think are not permissible. As you can imagine, we are now working hard on (introducing) such systems,” said McLaren's team boss Martin Whitmarsh prior to the Malaysian Grand Prix, according to planetf1.com.

Additionally, the Brit admitted that it's likely the MP4-25 will benefit from such a suspension in China.

“The original ruling was that such systems were not allowed but we now have to get those systems as quickly as possible – hopefully by China,” added Whitmarsh.

According to his initial comments on Red Bull's suspension design, the RB6's system would allow the car to keep the same height in both qualifying and race, regardless of the extra amount of kg (fuel) added to the car on Sunday.

Red Bull denied they are using an illegal type of suspension in recent days, while insisting that they would be open to a FIA investigation on the matter. However, it seems the ruling body will not investigate the RB6 suspension at all, as no team has lodged a protest on it yet.