1 KTM Confirmed for the 2010 Dakar Rally

2 KTM Truck Ready for the Dakar Rally 2010
Up Next

Corvette Z06 Centennial Edition to Be Auctioned at the Barrett-Jackson 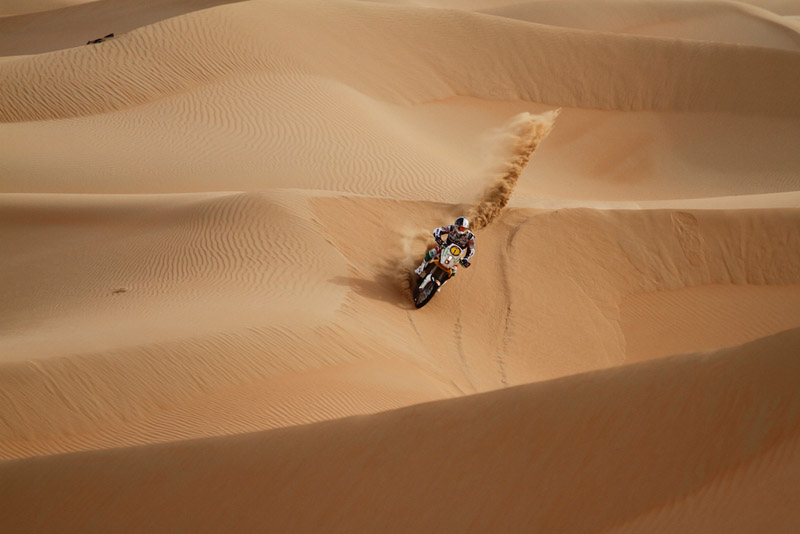 The 2011 edition of the Abu Dhabi Desert Challenge has come to an end. As many of you predicted, the Spanish rider who won the 2011 Dakar Rally, the one, the only, Marc Coma won the rally.

He led for most of the time and the KTM Factory Team rider took his 450 cc KTM Rally bike up to the top spot in the riders rankings at the end of the rally. His overall time was 18hours 28minutes.

“It feels really special to take my fifth win here,” said Coma, who outlined the unique event’s vast desert setting. “It’s never easy, especially this year, when there have been some very good riders. I’m really happy for this victory because Abu Dhabi is a fantastic place. I like this rally and I like the people who are involved. We know the desert is really special. The conditions are always hard, with big dunes and soft sand, but it really is fantastic,” said Marc Coma after the race.

In the “Moto Open” class, it was KTM Polish rider Marek Dabrowski on the top spot of the class with Tim Trenker also on a KTM in second and Romanian Emanuel Gyenes (KTM) in third.