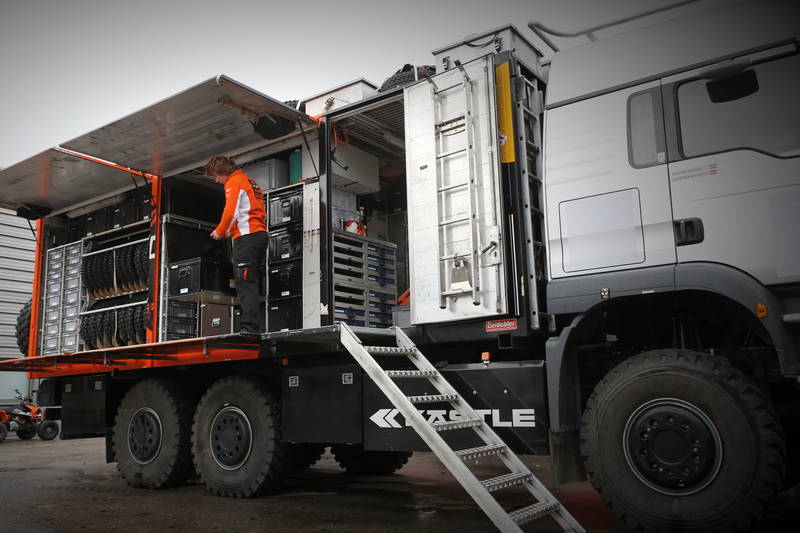 The Austrian motorcycle manufacturer is ready to service its two KTM factory-supported riders Cyril Despres and Marc Coma and many other international customers for the Dakar 2010 starting in Buenos Aires on January 1, 2010.

The KTM rally team has already completed the "first stage" of the 2010 Dakar Rally adventure in the factory at Mattighofen, Austria. And as in all other years that the company has been involved in the famous race, this has been done with “cool assurance, professionalism and logistical precision.”

The preparation of the final customer bikes and the shipping of the largest KTM service truck from Le Havre in France to South America was the final check point on the list for the KTM team in November. 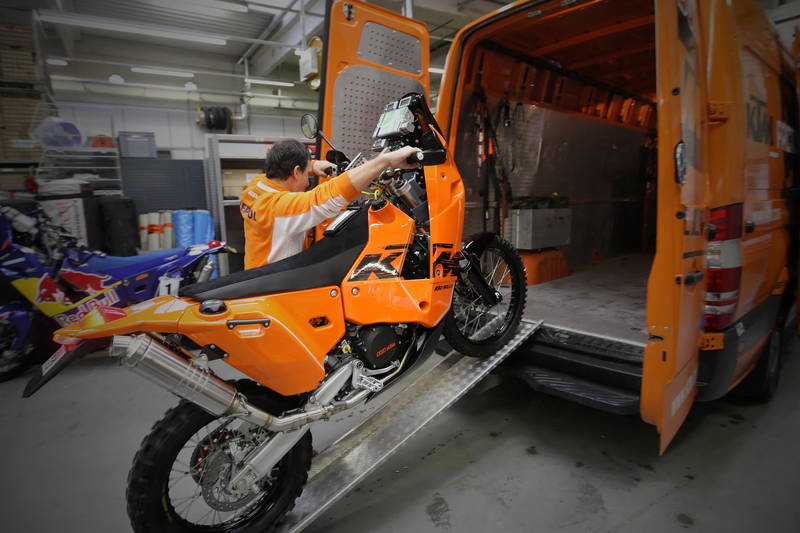 Plenty of tents, tools, spare parts, tires and wheels were all stored in the space allocated to them in the KTM service truck.

The route for the 160 registered riders competing in the Dakar goes from Argentina all the way to Northern Chile and starts on New Year's day.

The course, with a total distance of 9,000 km over 14 stages also goes through the legendary Atacama desert. The entire rally "caravan" returns to the Argentinean capital Buenos Aires on January 16, 2010.

KTM goes to South America fully equipped and ready to take on the Dakar Rally, which represents the launch of the 2010 motor sports season.