2 Diddy Goes to War Against General Motors: “If You Love Us, Pay Us”

5 What the Hell Is Going on in This Hyundai N Series Commercial?
Car video reviews:
Up Next

Land Rover Defender Ad Gets Banned, Because You Can’t Park Near the Cliff Edge

There is a certain degree of fictionalization that goes into advertising, so where do you draw the line as to what you can and can’t show in an ad? For the Advertising Standards Authority (ASA) in the UK, it’s where viewers’ safety is concerned.
14 photos

At the beginning of the year, Jaguar Land Rover debuted a new ad for the Defender, called Above and Beyond Land, which came with the tagline “wherever you find yourself.” You can see it in full at the bottom of the page, but never before in this particular form on UK television because the ASA has banned it.

ASA is the body that analyzes viewer complaints and decides whether ads are misleading or otherwise in breach of the UK Code of Broadcasting Advertising, also known as the BCAP Code. This ad was found in violation of the Code for misleading advertising and motoring, British tabloid The Sun reports. It all boiled down to imagery of a Defender parking near the cliff edge, next to two others.

The ad shows three Defenders arriving by ship and heading straight for adventure. They drive off the ship directly into the water, scale the rocky side of the dock, run through the desert, go off-road, wash under waterfalls, and finally come to rest in a cliffside parking spot. As the camera zooms in on a Defender in the process of parking, the use of the parking sensor is highlighted, with the implication that it’s the only thing that keeps the vehicle from toppling into the void.

Despite the use of obviously fictionalized elements like the traffic light in the middle of nowhere or a traffic cop standing between dunes, it was this bit in the ad that got viewers upset enough to complain to the ASA. It was only two of them, but ASA is forced to analyze all complaints, regardless of number, and apparently, they were in the right: a parking sensor alerts to obstacles, not empty space, as it was shown in the video.

ASA’s conclusion was that the ad was misleading and, because of the “wherever you find yourself” tagline, customers could take it that they could rely on parking sensors to back into a space that would pose a serious danger, even if it wasn’t a massive drop like in the video. This could be a “smaller hill edge or a drop before water found in on-road areas, both in urban and more rural settings,” ASA said.

In response, JLR said that the sensor beeped in the ad because it had detected the boulders on the ground, but the argument failed to convince ASA. The ruling is upheld, and the ad won’t ever air in the UK under this form.

“We are very disappointed with the ASA decision to uphold this complaint in the UK as the vehicle, technology and the scene represented is factual,” JLR says, “but we will of course abide by their ruling which was based on only two complaints.” 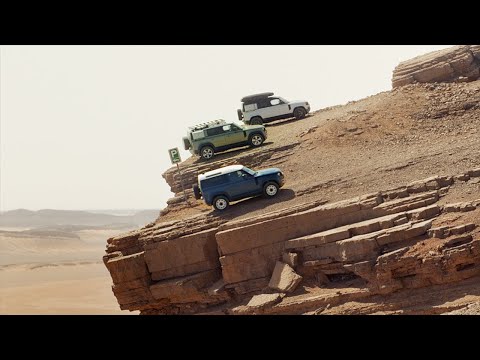