4 KTM ISDE To Continue Rental Program
Up Next

KTM Withdraws from the 125 GP 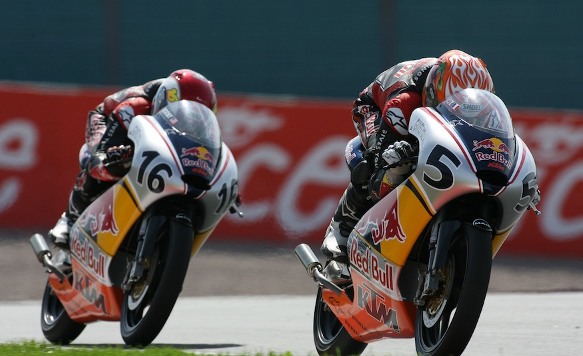 Austrian motorcycle manufacturer KTM has announced that it will not continue with a factory team in the 125 cc Grand Prix World Championship starting from the next season. The company, however, will not be out of the racing world completely, as it will go on with its supported program, the Red Bull Rookies Cup.

Moreover, KTM will also support selected racing teams from Germany and Austria in the 2010 season. All these youth development programs are especially destined for the talented young riders thanks to the prepared KTM 125cc production motorcycles.

KTM will continue its current engagement with the Red Bull KTM factory team to the end of the current season and support riders Marc Marquez and Cameron Beaubier in the best possible way.

GP legend Harald Bartol will also remain with the company as technical mastermind in the area of 125 cc racing machines, supporting national and international activities of the company.

"The current situation in motorcycle racing and in the entire industry has resulted in us adapting our motor sport strategy on asphalt," the KTM Motorsport Department commented on the future activity in a release.

"KTM has made a conscious decision concerning the topic of youth development. We will continue to maintain this by providing maximum support and training for young talent, also in difficult times. At the same time we must be responsible for fielding salable KTM street bikes in competition. Strengthening the racing activity around our street Superbike, the RC8 R is a logical step," it added.