2 Even Celebs Get Parking Tickets ...

5 Courteney Cox and the Parking Lot of Doom
Car video reviews:
Up Next

Keanu Reeves Assaulted on His Bike by Fans 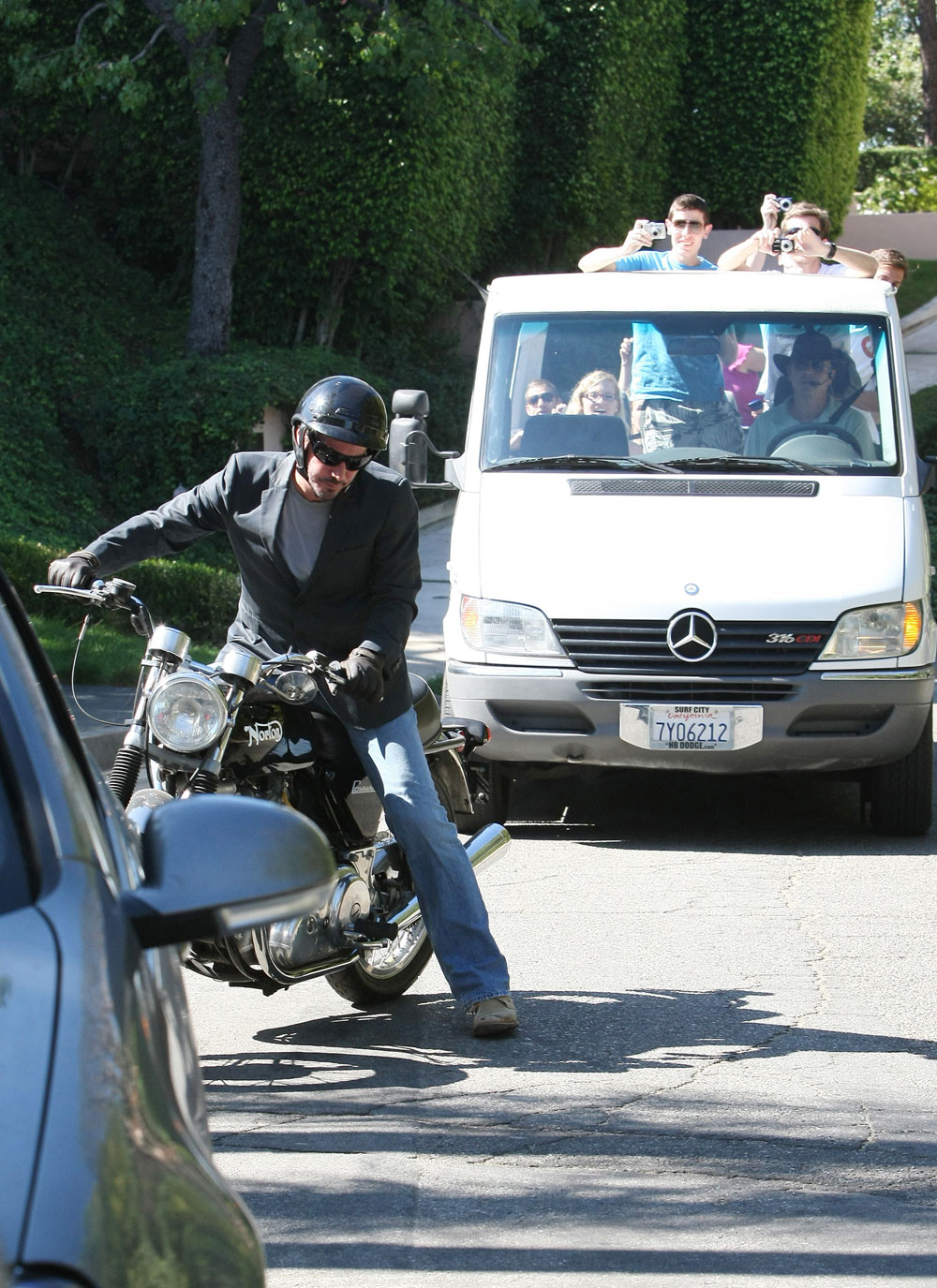 No rest for the wicked said an old saying. Not that we don't agree with that, but we'd hate to think about Keanu as a wicked person. He was the Chosen One after all! But he sure as hell got his work cut out for him while trying to cruise around Hollywood.

Hard for him and lucky for a bunch of tourists who just happened to drive by when the movie star was coming out of his driveway, ready for a ride around town on his bike. While waiting for traffic to clear up so that he could drive away, Keanu was forced to wait for what must have felt like an eternity, while dozens of cameras snapped picture after picture.

Seemingly frustrated with the whole incident, Keanu pretended that they weren't there, and even ignored the paparazzi who caught the whole incident on camera. The best part of it is that the minibus the tourists were traveling in was an open top which means everyone could stand up and take pictures at their heart's content.

An everyday occurrence in the life of a Hollywood star, one of the minor annoyances that you have to endure. A small price to pay for all that money you earn while playing with guns and robots on screen. Oh, and let's not start a fashion/safety discussion about Keanu's outfit. Let's just say this: kids, if you are going to go bike riding, make sure you have the proper kit on, not just the helmet.

But other than that, Keanu is OK by us. It's cool that he didn't snap at the people snapping him. With the paparazzi it's something else, but for a bunch of out of town tourists this event must have really made their trip.