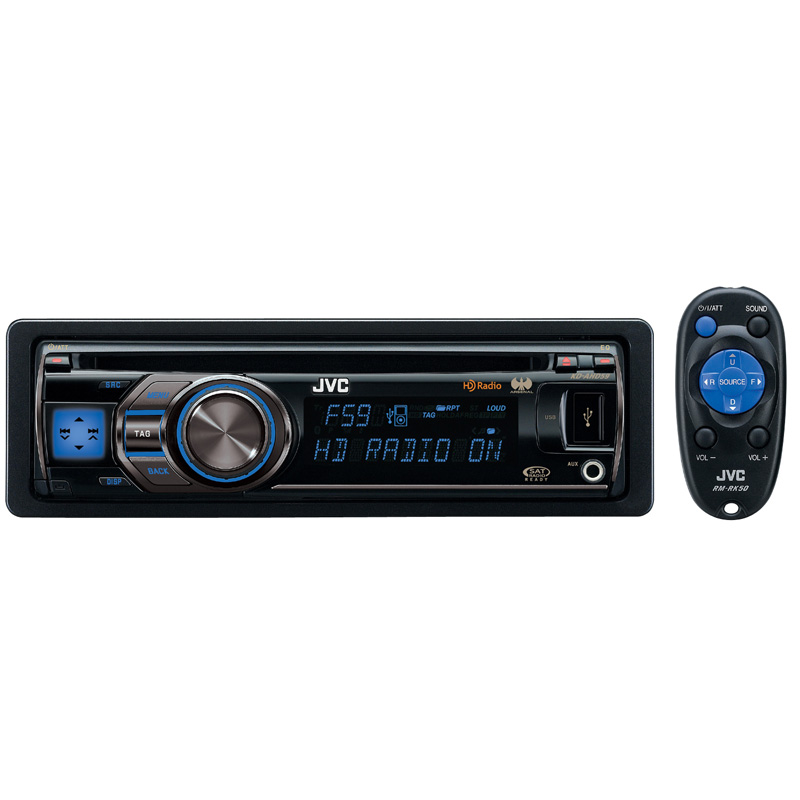 Not everybody is interested in that extra 10 HP boost provided by the expensive chip tuning or the new design elements that reduce the air drag by an infinitesimal amount. Some people have more simple, audio needs. Well, for those people we have today three new CD receivers from JVC.

The Japanese company picked the first day of CES 2009, one the largest consumer electronics show, to announce the KD-HDR20, KD-HDR50, and the Arsenal KD-AHD59, all capable of dealing with the increasingly popular digital audio.

Let's take them one by one and review the specs. The KD-HDR20 sports a built-in HD Radio tuner with Multi-cast capability, front auxiliary input, and MP3/WMA playback. This receiver is Ready for Bluetooth adapter, Satellite Radio Ready, and is iPod compatible. The KD-HDR20 also features a 7-band iEQ, wireless remote, and MOS-FET 50 watts x 4. Shipping in January, it will be available for purchase for around $139.95.

Second on the list is the KD-HDR50 CD, which features a built-in HD Radio tuner with multicast capability, front auxiliary input, full-speed USB 2.0 connection for iPod/iPhone with 2-way control and iTunes Tagging capability. Other noteworthy capabilities include the Bluetooth compatibility, MP3/WMA playback capability, MOS-FET 50 watts x 4, 7-band iEQ, and a variable-color illumination display. Available for shipping in January, the KD-HDR50 has a MSRP (Manufacturer's Suggested Retail Price) of $179.95. 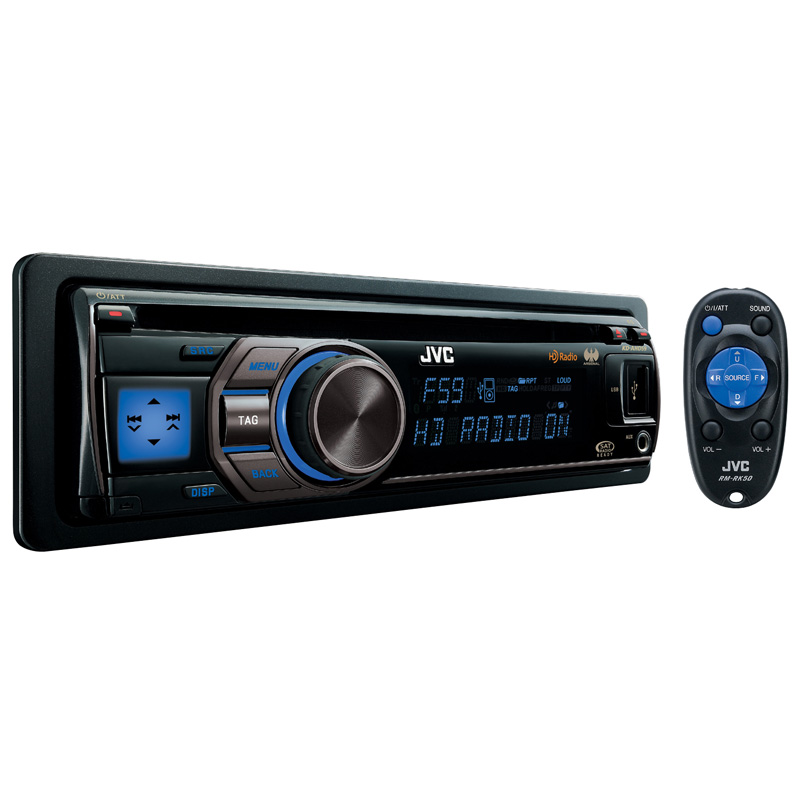 The Arsenal KD-AHD59 completes the list and comes with a built-in HD Radio tuner with Multicasting and iTunes Tagging capability, front auxiliary input, and Full-Speed USB 2.0 connection with 2-way control for iPod/iPhone.

According to JVC's press release, the unit is ready for Bluetooth adapter, Satellite Radio Ready, and has MP3/WMA playback capability. The KD-AHD59 also features 7-band iEQ, wireless remote, MOS-FET 50 watts x 4, 5V pre-output terminals, variable-color illumination display, and is steering wheel remote control ready. Including a 2-year warranty, the receiver is available for shipping in January and has a MSRP of $159.95.

Differences between the three units are quite small, so choose carefully and don't throw your money away during these trying times.