4 Justin Bieber Rides a Vespa in Venice Without a Helmet: Sure It’s Safe?

Ionut Ungureanu
Justin Bieber managed to once again make teenage fans cry, as he attended the opening of West Coast Custom new shop in Burtbank, California. The “Baby, baby” singer and the famous custom auto shop go way back, ever since he had his Cadillac CTSV personalized there. But he wasn't only signing autographs and promoting the custom shop, as he also had some updating going on with his black Cadillac Escalade.
12 photos

When you’re a 20-year old pop star you can’t simply show off somewhere without something new. And we’re not talking about music, because that’s not these people’s main occupation. We’re rather pointing out to the way they dress, their cars, their lifestyle.

Like his “Baby, baby” face was not already childish enough, Bieber decided dying his hair would help his career so he turned up with a light blond hair at the spot. For the occasion in question, the 20-year old singer chose to go in the Audi R8 he has been driving from quite some time now. Happily, as opposed to the last time we saw Bieber with the car, this time he was not wearing that weird leopard wrap anymore, but rather a normal matte-black finish.

Bieber also had his Cadillac Escalade done at the shop a couple of days ago and founder Ryan Friedlinghaus handed him the car personally. West Coast Customs also uploaded a small teaser of the job on their YouTube account, so we figured they will soon release a bigger video with the whole thing. 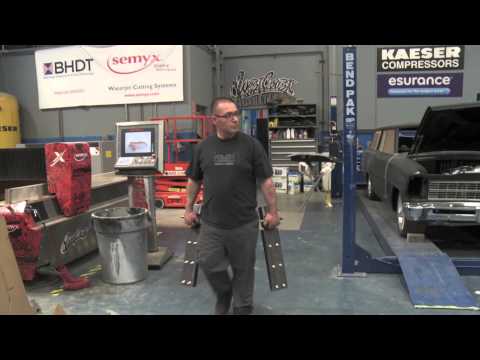