4 Child Runs in Front of Bicyclist - Results in Spectacular Dive

5 Canadian Man Goes to Court for Right to Ride e-Bicycle
Car video reviews:
Up Next

Because the sidewalks are jam-packed with bicycles, Japan decided enough is enough and engineered one of the most amazing parking systems ever seen by man.
1 photo
The system is in the late prototype stages but shows amazing promise. You simply roll up with your bike, the machine grabs it by the wheels, brings it underground and stores it in a huge cylindrical shaped space. Sound familiar? We saw it in action and immediately thought of Volkswagen's twin car storage towers in Wolfsburg.

The first video which alerted us to the existence of the system came form Danny Choo. We've been aware of his work ever since he started wearing a Star Wars stormtrooper outfit in public. He's a prominent member of something called the "otaku" culture and as far as we know is the sun of famous shoe designer Jimmy Choo bt chose to stay away from his father's business and forge his own careerear. 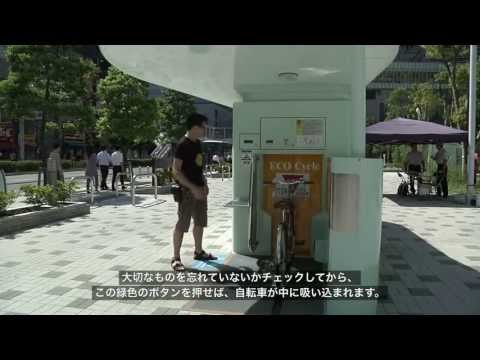