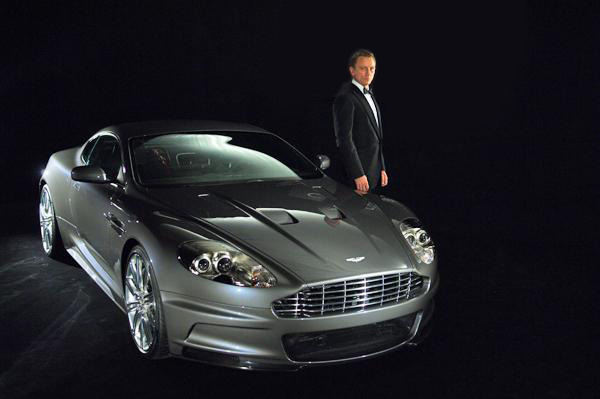 All car enthusiasts feel a little sick to their stomach when a very cool ride ends up as scrap metal during a film shoot. It's just a shame to total a perfectly good car just for the sake of a film, but these are the times we live in, our entertainment is paramount.

Today's news is a bit of a twist and a clear sign that the economic crisis does not affect all parts of the world. Those of you who have a thing for the world's oldest spy, James Bond, might know that filming for the latest installment in the series, Quantum of Solace, had recently ended.

During that time, Bond's iconic vehicle, a perfectly good Aston Martin DBS was crashed and sunk into Lake Garda in Italy after technician Fraser Dunn lost control and slid through some iron railings. We know what some of the people out there would say “that's a crying shame”.

And that's exactly what a collector and probably James Bond fan thought when he decided to purchase the totaled car for a whopping $350,000. That wouldn't be too big of deal in case the car was still functional (which it isn't) or if it would be cheaper than a new one (which it's not). In fact, the wrecked automobile costs a full $120,000 more than the dealership version.

The incident was revealed by bond himself, Daniel Craig who said the man who bought the Aston was a “Bond afficionado”. Also, he gave details about the incident which caused the crash “It was early morning. It was a winding road, it was wet and I think he [Fraser Dunn] just lost control. but who cares? Because he's fine and it's only a car. I saw him the other night and shook his hand”.

“Quantum of Solace” is currently in post-production and has a release date set for early November across Europe and Asia. The movie also stars Judi Dench, Gemma Arterton and Jeffrey Wright.