1 Google Wants to Take the Steering Wheel Off Autonomous Cars, and It Has a Point

3 Wayne Rainey Rides a Trike from His Wheelchair

iBot Mobility Assistant Will Get Second Generation With Toyota

Toyota Motor North America has signed a partnership with Deka Research and Development to create a new kind of motorized wheelchair.
3 photos

We are talking about the second generation of the iBot, which is a new concept of mobility assistant for the physically challenged. Instead of the conventional configuration for this type of device, the iBOT comes with two sets of powered wheels that can operate in two configurations.

Instead of a set of larger wheels and a smaller set for balance, the all-terrain iBOT comes with two identically-sized sets of wheels, all driven by electric motors.

A third motor allows the iBOT to switch from “sitting” to “standing” configuration. While the latter is suitable for paved roads and buildings, the former can be used to tackle inclines, slopes, as well as climb and descend stairs.

The iBOT wheelchair allows users to “rise” from a sitting level to approximately six feet in height (1.8 meters). The estimated price of such a device was not mentioned in the press release, and its specification sheet has not been revealed, as the product is still in development.

The agreement between Toyota and Deka will allow the latter to complete the development process of the next generation iBot. While we admit not being familiar with Deka, we discovered the company was founded by the inventor Dean Kamen, and that it is specialized in creative solutions for modern problems.

Mr. Kamen is the original inventor of the Segway PT, the product that eventually became the core of the Segway brand. He is also known for a mind-controlled prosthetic arm replacement, approved by the FDA in May 2014. The iBot all-terrain electric wheelchair is a creation of Dean Kamen’s company.

The agreement between Toyota and Deka involves licensing balancing technologies held by Deka to the Japanese company. Toyota affiliate for medical rehabilitative therapy will then benefit from the partnership, and spark new development directions for other purposes. 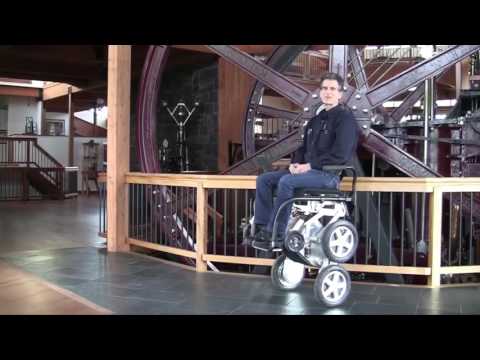