1 How to Clean Your Motorcycle Helmet

2 How to Take Care of Your Bike's Chain, Part 1

4 How to Choose a Motorcycle Helmet, Part 1

5 How to Beat the Heat when Riding in Hot Weather, Part 1
Up Next

How To Ready Your Bike for the Spring

Florin Tibu
In case you haven’t already put an end to the painful winter break and started riding yet, here’s a quick and easy guide on how to prepare your bike for the first ride of the spring and how to avoid the problems that may occur after the pause. As eager as you might be to hop back on your bike, it really pays off to have just a tiny bit of patience, as it will help you have a glorious season start and enjoy riding in a better condition for a longer time. Can something go wrong?
1 photo
Yes, it can. In fact, there are several things that actually DO go wrong, especially if neglected at the time you sent your two-wheeler to sleep or even during the winter. The most common problems appear in the tire, battery, and fuel/oil areas, but if you followed the advice in the How to Prepare the Bike for Winter autoevolution guide, you should be just fine.

Either way, it’s only seldom that having the bike back in good running order becomes expensive. If you’re not that lucky, you might need to fork out several hundred bucks, but it usually takes much less until you can ride again. Before firing up, there are a lot of things that must be checked prior to riding the bike for the first time, and even before firing it.

Tires. First comes the inspection of the tires. Needless to say, you don’t want a flat tire over the winter, and it’s best to check the bike from time to time during the break. In case the tires are not flat, you should make a close visual inspection, even if your tires have been recently bought. You want to look for cracks and dents, bulges or foreign objects that may have stuck to them when you parked it. 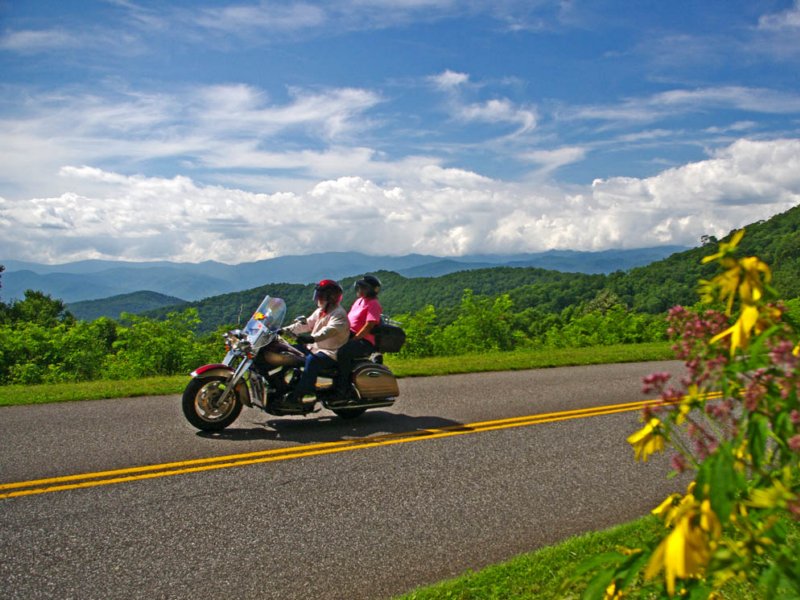 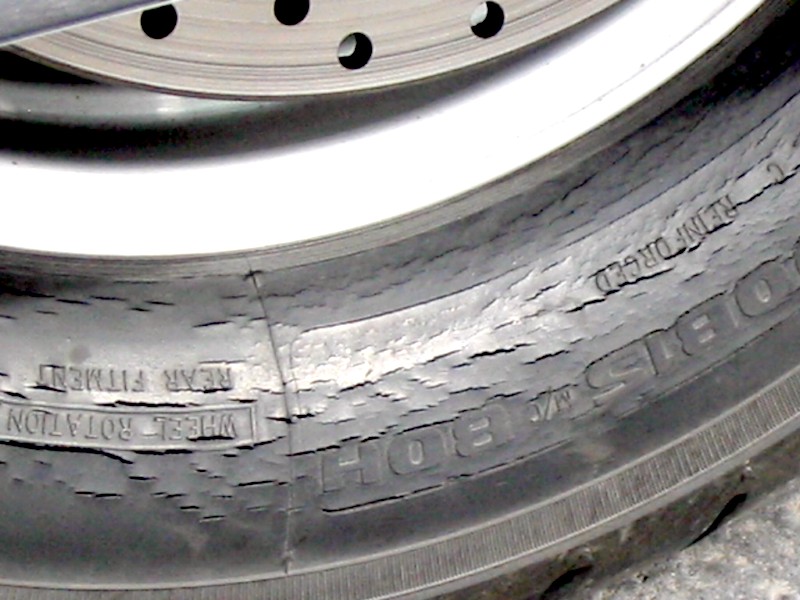 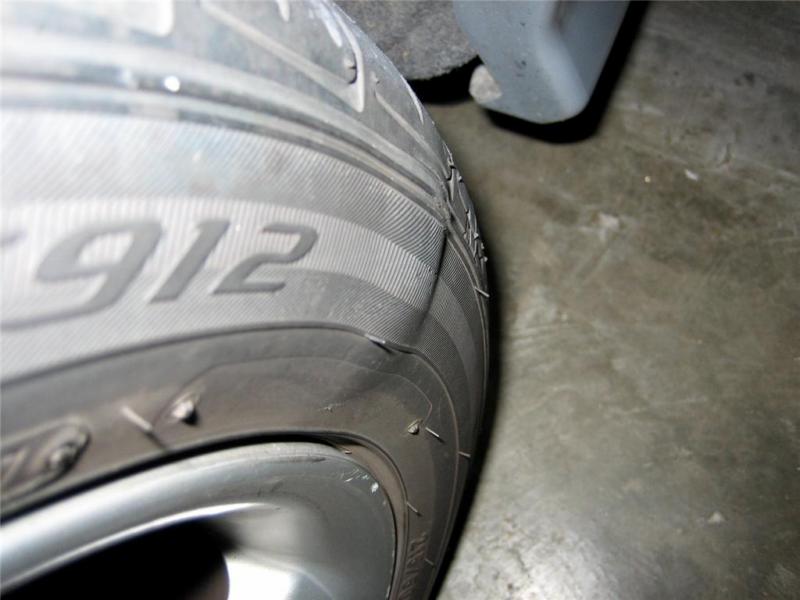 If the tires are all right, they should also look all right and checking them by hand can also improve the chances of finding out if something is wrong. You should also check the air pressure and adjust it according to the tire manufacturer and bike specs. Tire pressure figures can be found on a sticker on the bike, stamped on the tire wall or in the bike’s manual. Make sure all is okay.

You could also check the spokes, if you have laced wheels. Just grab a small wrench and use it to knock softly on each spoke. The sounds they make should be similar, indicating they’re pretty much as they should be. In case you hear a significant difference, with either a lower or a higher pitch, mark the spoke with some sticky tape and have it looked at by a specialist.

More info on motorcycle tires can be found in these dedicated autoevolution guides.

Fluids. Your bike works well when it has the proper fluids, so they are the next step to check before reaching for the ignition key. Just as the human body needs water in order to work, your bike needs oil and coolant, in case you’re not riding an air-cooled machine.

If you loaded new cheap oil for the winter as some riders do, or left the old one in the bike, now it’s a good time to get rid of it. It’s no rocket science, and autoevolution also has a comprehensive How to Change Your Motorcycle’s Oil guide,(Part 1 and Part 2 ). Whether you decide to do this by yourself or have the bike serviced in a workshop is your decision. Some fellows prefer to change the oil before they start the bike for the first time, as they say the contaminants are better gathered at the bottom of the sump or oil tank. There is no definitive right or wrong here, so toss a coin.

If you want total peace of mind, you can decide to replace all the fluids, meaning coolant and the braking fluid. Some say that this might be an unnecessary move each year, but if you can afford it, then do it and be happy. While coolant degrades at a slower rate and it’s more important to have the full tank, altered brake fluid poses a very serious risk of crashing and using the manufacturer-specced products saves you the trouble.

Battery. The best way to make sure your battery has enough muscle in spring is having it hooked to a trickle charger during the winter. Usual trickle chargers are not expensive and will last for years, keeping your battery in the best condition until you restart your bike.

Using a voltmeter will tell you about the status of your bike’s battery. Even if it doesn’t look its best, you need not panic yet: recharging it might bring it back to life and provide another season of service. Of course, some of the batteries go beyond the point of no return if left unattended, and then it’s recycling time… and time to get a new one. 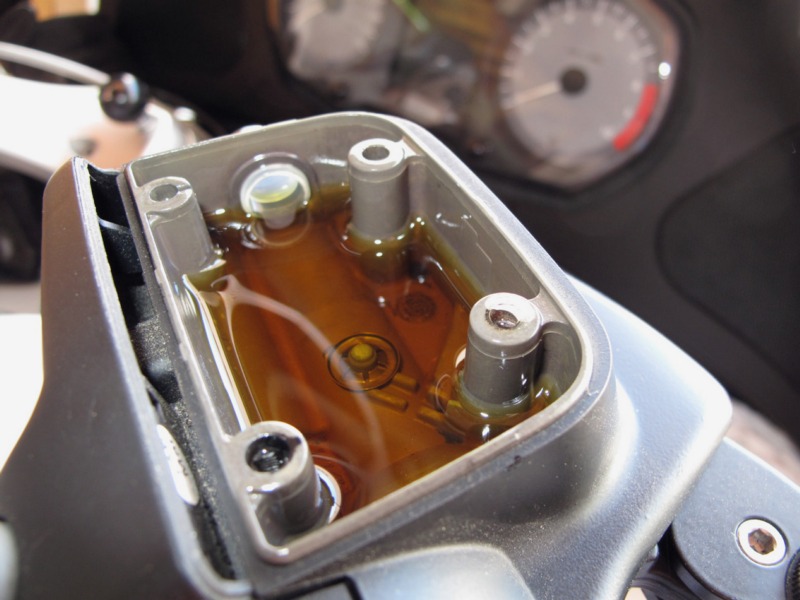 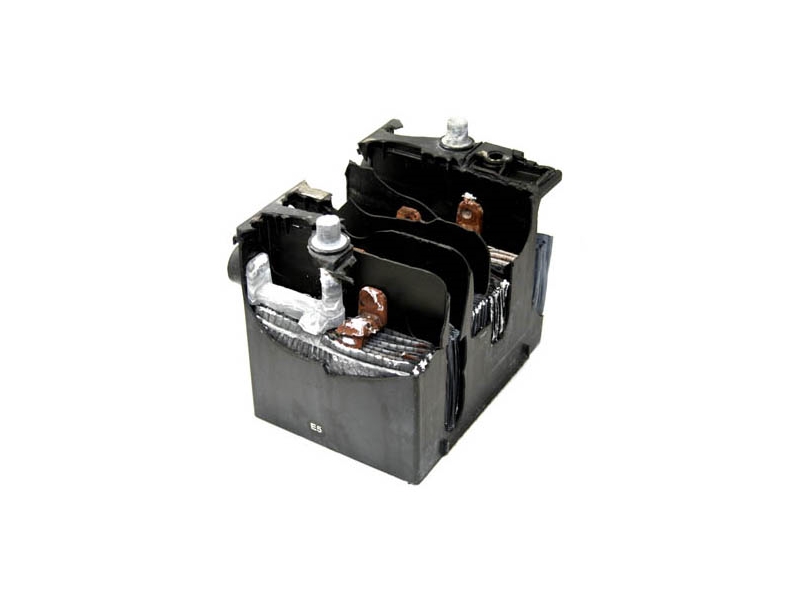 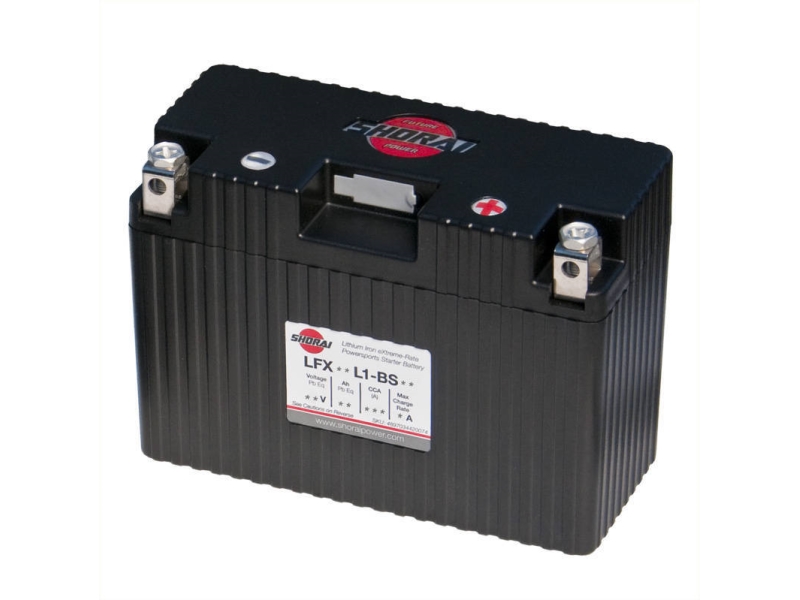 And since you’re getting a new battery, you can think about shaving some serious weight off your bike by getting a Lithium-based power pack. They are indeed noticeably more expensive than the traditional or gel ones, but with a total weight around the 1 pound (450gr) mark or so, it’s a very good upgrade for your ride.

With either the new or the old battery, you can still do well and clean the terminals, reattach the wires and have them protected with special grease to prevent corrosion, dust and debris from affecting performance.

Fuel. When left still in the tank for prolonged periods, fuel goes bad. That is, the various components that are usually mixed together tend to separate and become stratified. Even more, some of the components are sinking at the bottom of the tank and float bowls (in carbureted bikes) and cause troubles. And that’s why fuel stabilizer is recommended to avoid such problems during the winter break.

If you haven’t conditioned the fuel in the tank, you might experience a very difficult start. That’s why certain fellows advise to empty the tank, check it for rust and load fresh gas. If you have say, an adventure-touring bike with a 7-gallon tank and live in Europe (where gas is anything but cheap), tossing the old fuel in your car’s tank might be a solution to avoid a direct loss. If you don’t have a car to do so, or even a neighbor, you’d be better off spending some 5 Euro ($7) on a can of fuel stabilizer. It’s way smarter, and cheaper.

Lights, sounds, heat. Before starting the engine, you can also check the lights, as I presume your battery is all right. Check your daytime running lights, low and high beam, turn signals, hazard lights, and brake lights. Some bulbs or LED modules might have died over the winter and now it’s time to check and replace them. Hopefully, all the wiring is in good working order and you’re one step closer to riding again. At the same time, you can also briefly test the heating elements on the bike, if any. Firing up the grips and seat will tell you that they’re working.

Engine and controls. You should check your service intervals, because it’s better. And this means that making big plans for the first ride of the season and seeing them go down the drain because you have to do some manufacturer-recommended valve adjustments will not happen. Knowing what maintenance operations you must carry out spares you the frustration.

Now, before you set out, you want to make sure the bike will respond to your commands. A quick check of the throttle, brake and clutch levers, and the steering will also inform you of potential problems and spare you the risk. 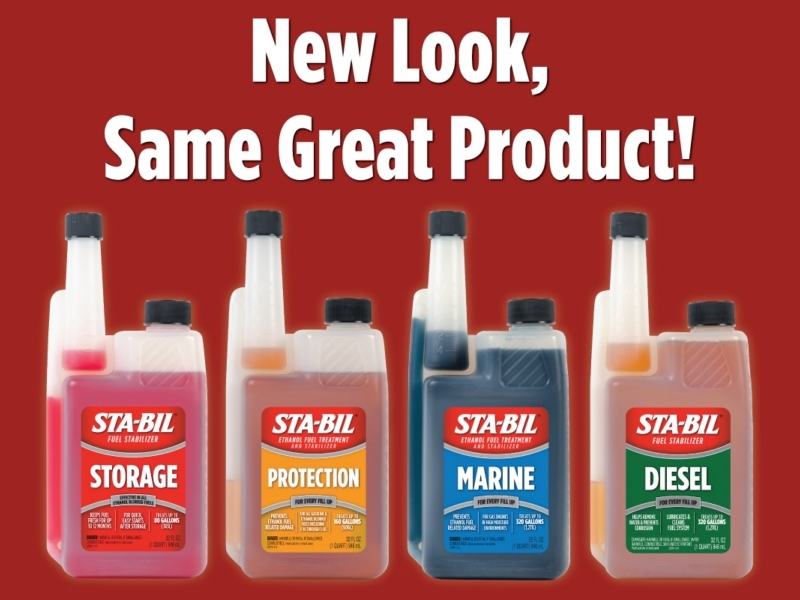 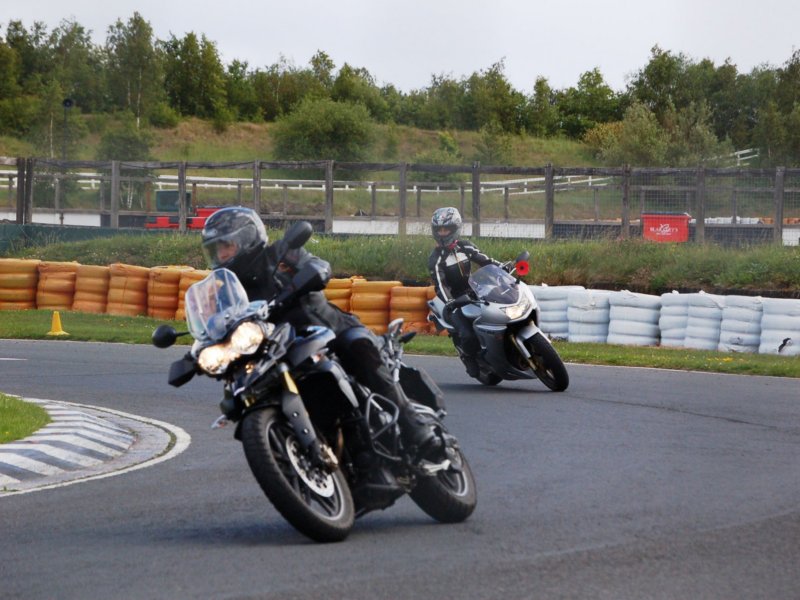 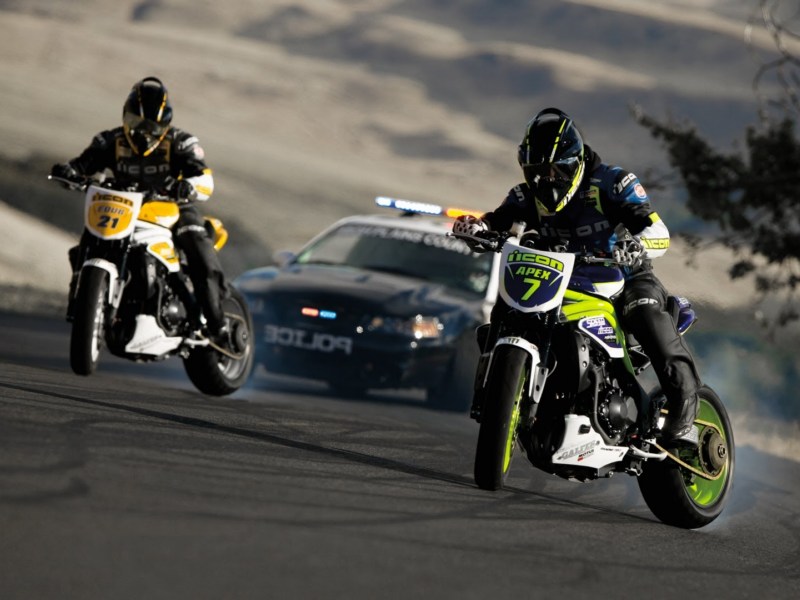 Okay, it’s time for a final visual inspection of the bike. Check for rust, peeled paint, cracks, check the rubber hoses and pretty much anything that might become damaged. It will only take minutes, so it’s worth the trouble, trust me.

If all of the above are as they should be, you can fire up the beast and test the brakes while riding slowly, just to make sure everything is in order. You should not be hearing weird noises and the bike should be just as it was before the “beauty sleep.” The only thing that differs from the last season is that your instincts are now slower, and the specific muscles have “forgotten” their routine.

So it’s a very wise decision to take things slowly and gradually come back to the right tonus. Practice some turns and some breaks to reboot the “rider brain” and remember that the asphalt may still be a bit cool, and not provide the best grip. Ride safe and have fun!