How to Read an F1 Steering Wheel 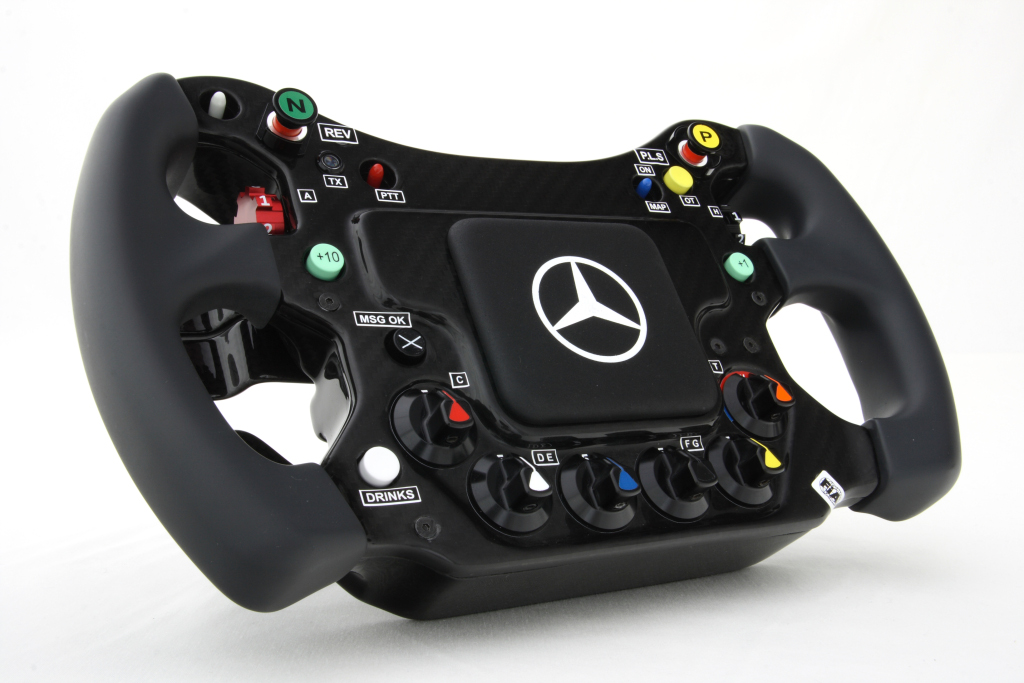 One would think that driving a Formula One car is both fun and thrilling – among a multitude of attributes, of course. And it's not like we're going to argue that, as we feel the same way. It's just that we want to add up “difficult” to that list. And we don't mean that in a drivers' safety kind of way, as everyone knows Formula racing is, in general, a dangerous sport.

These are, of course, only a few things a driver should take into consideration when stepping into an F1 cockpit. Given the aforementioned enumeration, we feel like we've given you enough reasons to consider the difficulty of driving an F1 car during the one hour and a half of grand prix racing. Needless to say, the only component of an F1 car that a driver can use to take care of all those settings is the steering wheel. 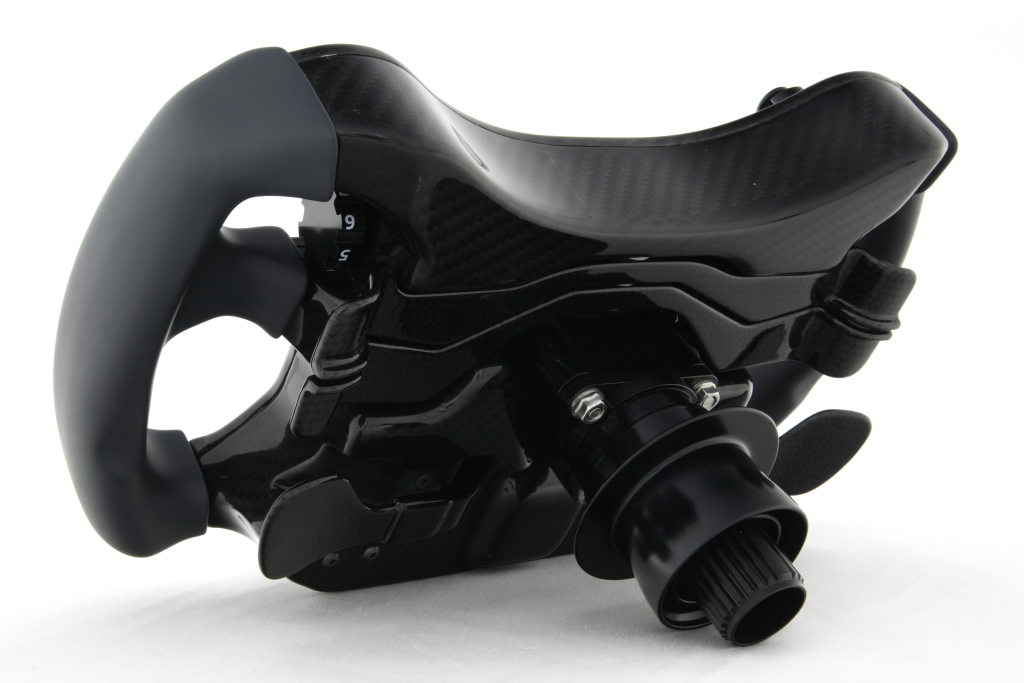 The construction of a steering wheel is very important – both as fabric and as overall distribution of the buttons on it – as it adds up to the comfortability of the driver insidee the cockpit. It is usually built out of lightweight materials - carbon fiber, aluminum, titanium, steel and plastic – including rubber, in order to provide the drivers with extra grip. Although it contains a high number of buttons covering more than 10 parameters of the car, its overall weight, after the finishing process takes place (which can last for an entire week), is less than 1.5 kg.

Also, according to the current FIA regulations, due to safety reasons, the nowadays steering wheels in Formula One are fitted with easy-to-release mechanism in order for the drivers to quickly remove it from the cockpit in case of accidents. As you've probably witnessed plenty of times during the broadcasting of an F1 race, a driver would always take his steering wheel out of the car first, and then get out of the cockpit. This is because the driver doesn't have enough space to extract himself from the car, unless releasing the steering wheel first.

Secondly, each steering wheel is constructed differently – when considering the distribution of the buttons and rotary switches – depending on the driver. Even within the same team, the steering wheel usually looks different from driver to driver (even test drivers use customized steering wheels, for improved handling), as each has a particular way of distributing his attention on the entire surface of the unit.

In Robert Kubica's case, here are what those 28 triggering devices do: 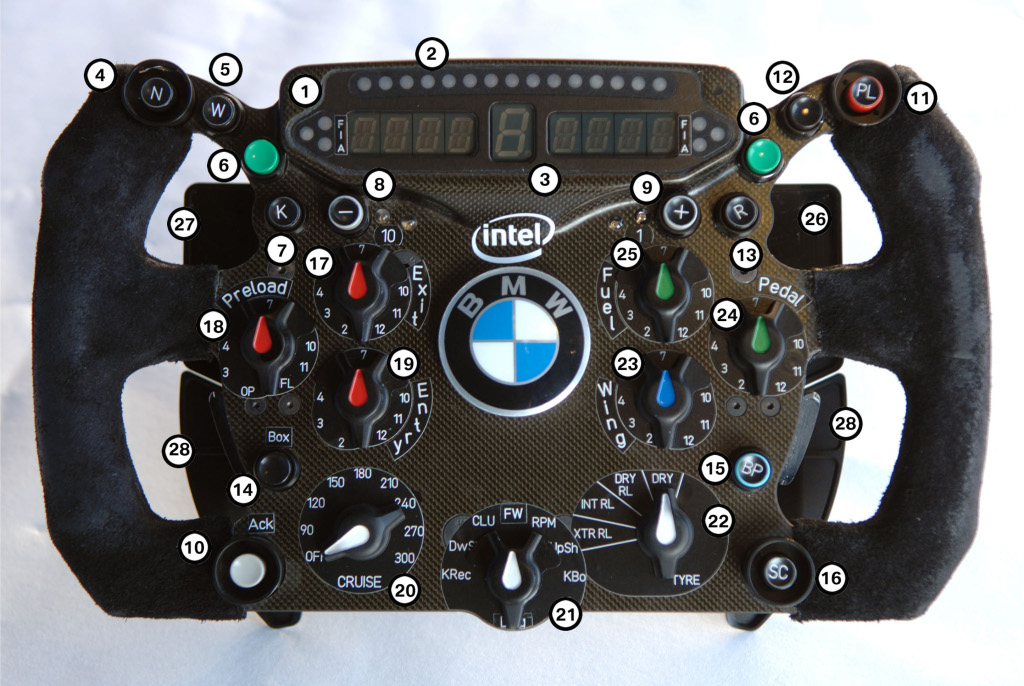 In Nick Heidfeld's case, nothing changes much really, except for some different button allocations. 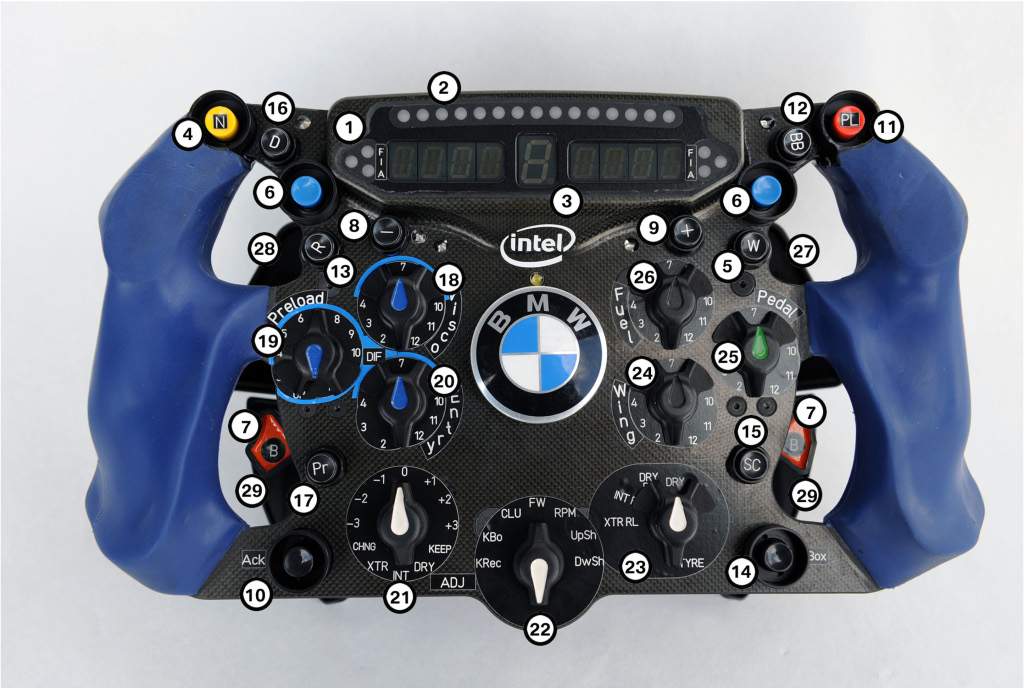 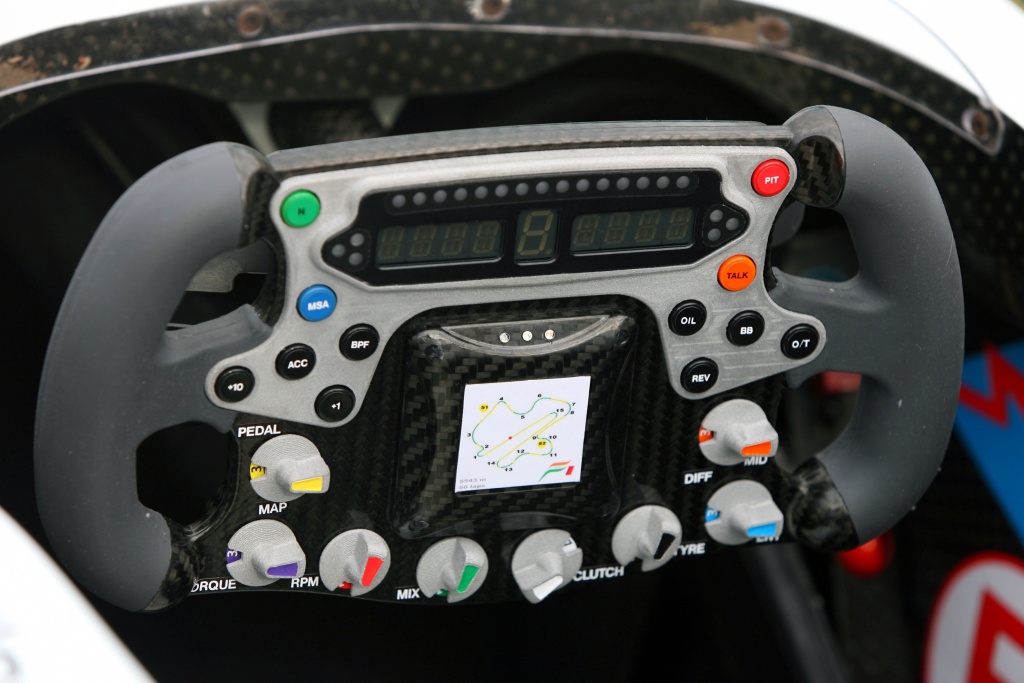 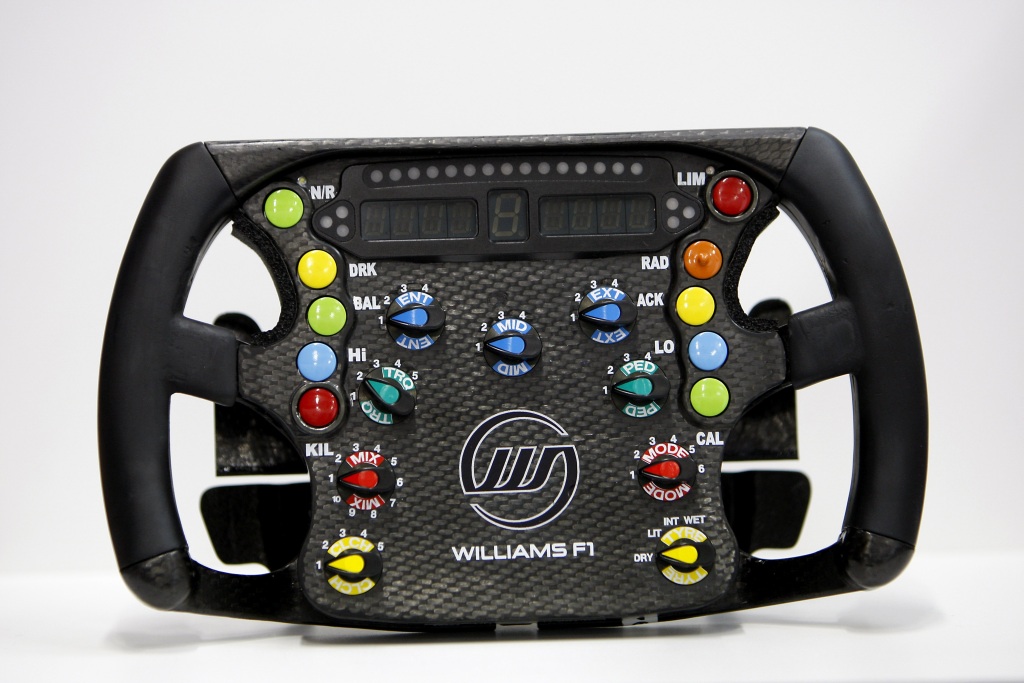 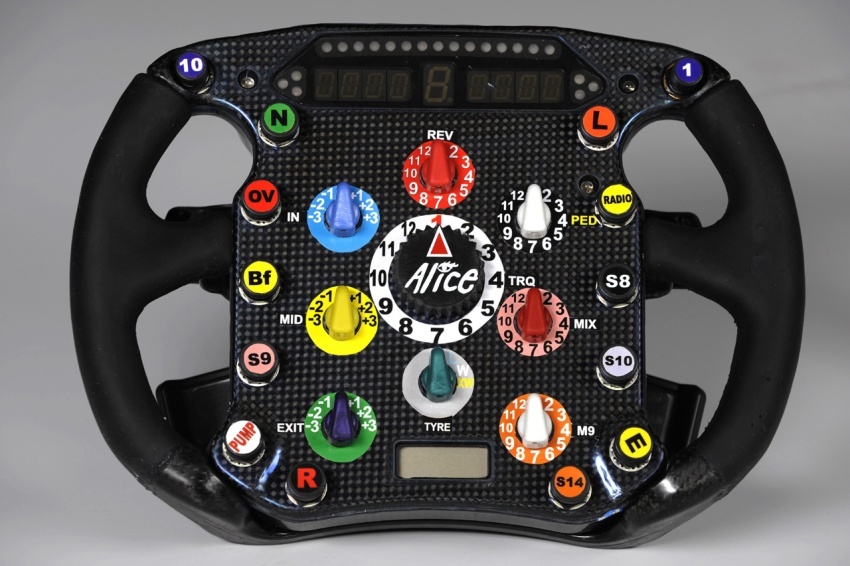