How Does F1 Suspension Work? 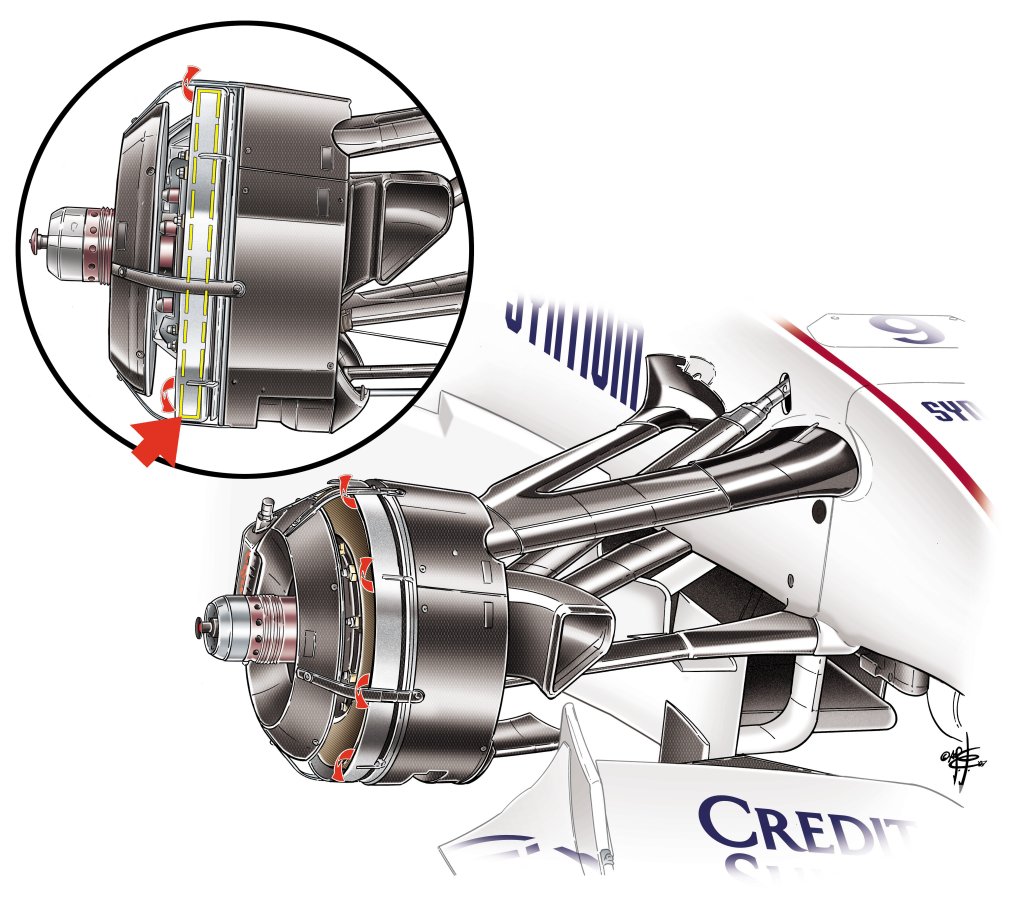 Needless to say, Formula One cars owe a lot of their impressive on-track performances to their multi-link type of suspension. In fact, the stiffer suspension encountered on these machineries is practically the most important feature that maximizes the use of the powerful 750+ F1 engines. As the 4 wheels are the only way F1 cars interact with the track, setting a suspension that maximizes the period of time the wheels are actually on the ground is vital.

Of course, the statement has nothing to do with straight line behavior of an F1 car, as it is practically glued to the surface of the track at all time. When cornering, however, the suspension has the sole aim of pushing the car on the track as quickly as possible – after hitting the bumps & kerbs – in order to increase grip of the tires. This is the most important variable on which the F1 suspension is built on, regardless of the lack of comfort for the driver.

The most important elements of an F1 car suspension are the pushrods. The pushrods are the diagonal bars that link the car's chassis (as it is attached to it) to the wheels. Their working principle is practically given by their designation, as the aforementioned arms will push the rocker down when the car passes through a kerb or bump. The rocker is what you may known as a bell crank, which translates the motion of the pushrod, via the torsion bars, into the downward motion of the damper.

The function of the rocker is very important, as this is the driving force behind the pushrods and has a determinant role in its effectiveness. The motion translation described in the aforementioned paragraph – between the wheel and the damper – is made through a multiplicator, causing the latter to move several times larger than the initial movement of the former. What this does is create that sine-qua-non stiffness of the suspension that enables the wheels to return to the track as quickly as possible. 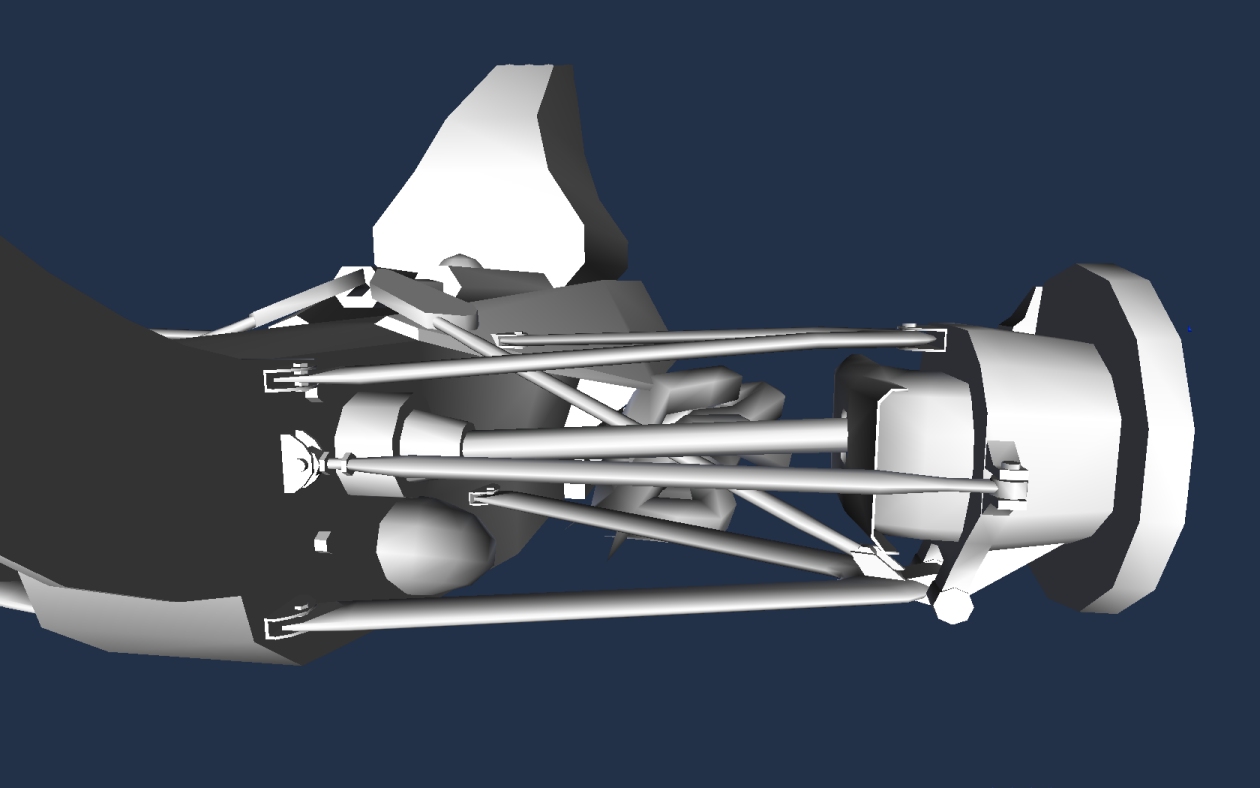 The other important part of an F1 suspension – and any other type of suspension, for that matter – is the one related to springs & shock absorbers. As the springs are the part of the suspension that practically absorb the bumps, finding a good compromise between its softness/hardness and the mechanical grip of the car becomes essential. Quite obvious, the softer the springs, the quicker the car moves through a bump or a corner. On the downside, however, the driver will not have the same direct feeling over the car, as its handling will be harder to control.

The use of soft or hard suspension is something all teams are oscillating between, depending on the circuit. Good handling is a must on circuits that require little mistakes from the driver, mostly street circuits (where inches of imprecision can lead to crashes into the barriers). On the other hand, circuits that benefit from wide tracks (corner exits) and large runoff areas require softer springs for higher cornering speeds. 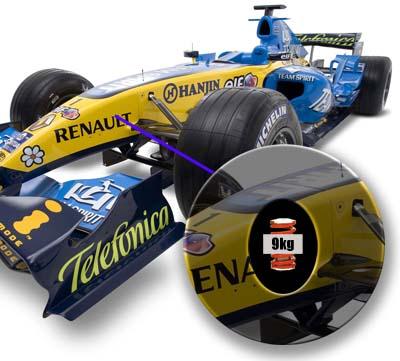 Needless to say, what F1 teams have tried continuously since the very debut of Formula One racing was to find new ways of “gluing” the cars to the surface of the track when cornering. Although most of those solutions were based on creating better downforce through the car's aerodynamics – the famous “ground effects” set up by Colin Chapman in the mid-to-late 1970s which led to blistering cornering speeds – some of it were related to the car's suspension.

As explained by Renault at the time, the aforementioned device consisted of a mass of around 9 kg placed between two suspension springs in the nose of the car. The performance effect of the mass damper system is that the construction helps stabilize the front end of the car when going through the bumps at corners, pushing the car faster downwards. Apart from reducing vibrations, the mass dampers also increase front end grip, which leads to higher speeds at corner exits.

The working principle is quite simple. Once you place the 9kg mass into the spring, it will automatically lead to the storage of free energy from the spring once it's compressed – following the car moving over a kerb. That will in turn move the mass upwards. However, due to the fact that the spring is attached to the nose of the car, the upward movement of the mass will automatically turn into a downward action from the mass to nose of the car. That will lead to improve grip from the front of the car.

The International Automobile Federation soon declared the tuned mass dampers illegal – during the course of the same season – considering them moveable aerodynamic devices.