3 The Innovations that Should Make the VW ID.4 E-SUV Handle Like a Sportscar

5 This Is How the Volkswagen ID.4, the First MEB Crossover, Is Made
Car video reviews:
Coverstory

Here's How the 2021 VW ID.4 Communicates With Its Occupants Through Light

Today’s vehicles are equipped with technologies that were part of the science-fiction realm not long ago. It is the case of the new VW ID.4, which uses multi-colored LEDs to interact with its occupants, complementing the audio feedback.
6 photos

The rapid switch towards all-electric, zero-emission mobility has persuaded carmakers to develop their own EV models.

Among them is Volkswagen, one of the leading companies in the industry that introduced its Intelligent Design (ID) series not long ago. The series’ first model is the ID.3, a compact EV that was unveiled in 2019 at the Frankfurt Motor Show.

The second addition to the ID lineup is the ID.4 crossover unveiled by the German carmaker in 2020 and scheduled to be delivered to its North American customers in the first quarter of this year.

It’s marketed as an affordable EV, yet it benefits from plenty of advanced technologies, including the ID. Light feature, which innovatively provides visual feedback.

Born from VW’s extensive research into potential future autonomous technologies and offered as standard on all ID.4 models, this innovative feature uses a thin bar with 54 multi-colored LEDs placed at the bottom of the windshield to communicate with the vehicle’s occupants.

It is designed to be visible in the driver’s peripheral vision or at specific angles from outside the EV. Engineers carefully tested and calibrated the technology so that it helps keep the driver focused on the road while providing important feedback.

The first noticeable interaction occurs when the driver enters the vehicle. A “welcome” animation in white and blue will let them know that the EV is ready to go.

Useful feedback is also provided when using the onboard navigation system. The ID. Light will display upcoming directional prompts with an animated blue line that flows in the direction of the preselected route. For example, when approaching an intersection where the driver has to turn right, the light bar will flash blue, flowing from left to right.

When the ID.4’s driver or front passenger wants to engage the vehicle’s voice controls, the ID. Light will respond to every command by flashing a white light in front of the speaking occupant.

To help manage notifications without disrupting the driver’s attention, the light bar flashes green when an incoming phone call is received or red when advanced assists kick in - the automated emergency braking, for example.

Moreover, the ID. Light pulses with a green status bar when the EV is plugged in, giving its owner a clear view of the charging status from outside the vehicle.

The idea for this innovative feature was developed after extensive research revealed that the growing number of driver-assist systems and screens inside our modern vehicles pose a risk for driver’s ability to focus on the road.

Volkswagen promises to add new functionalities to the ID. Light constantly through software updates, and it’s worth noting that this feature is also available as standard on the smaller ID.3 model sold in Europe.

In my opinion, it’s one of the nicest and most useful features offered as standard in the industry, and I hope that other manufacturers develop similar technologies which help tremendously and provide a better interaction with today’s smart vehicles. 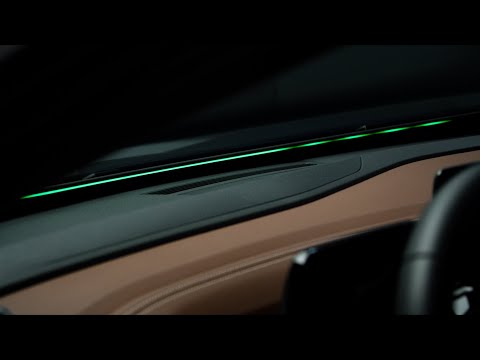